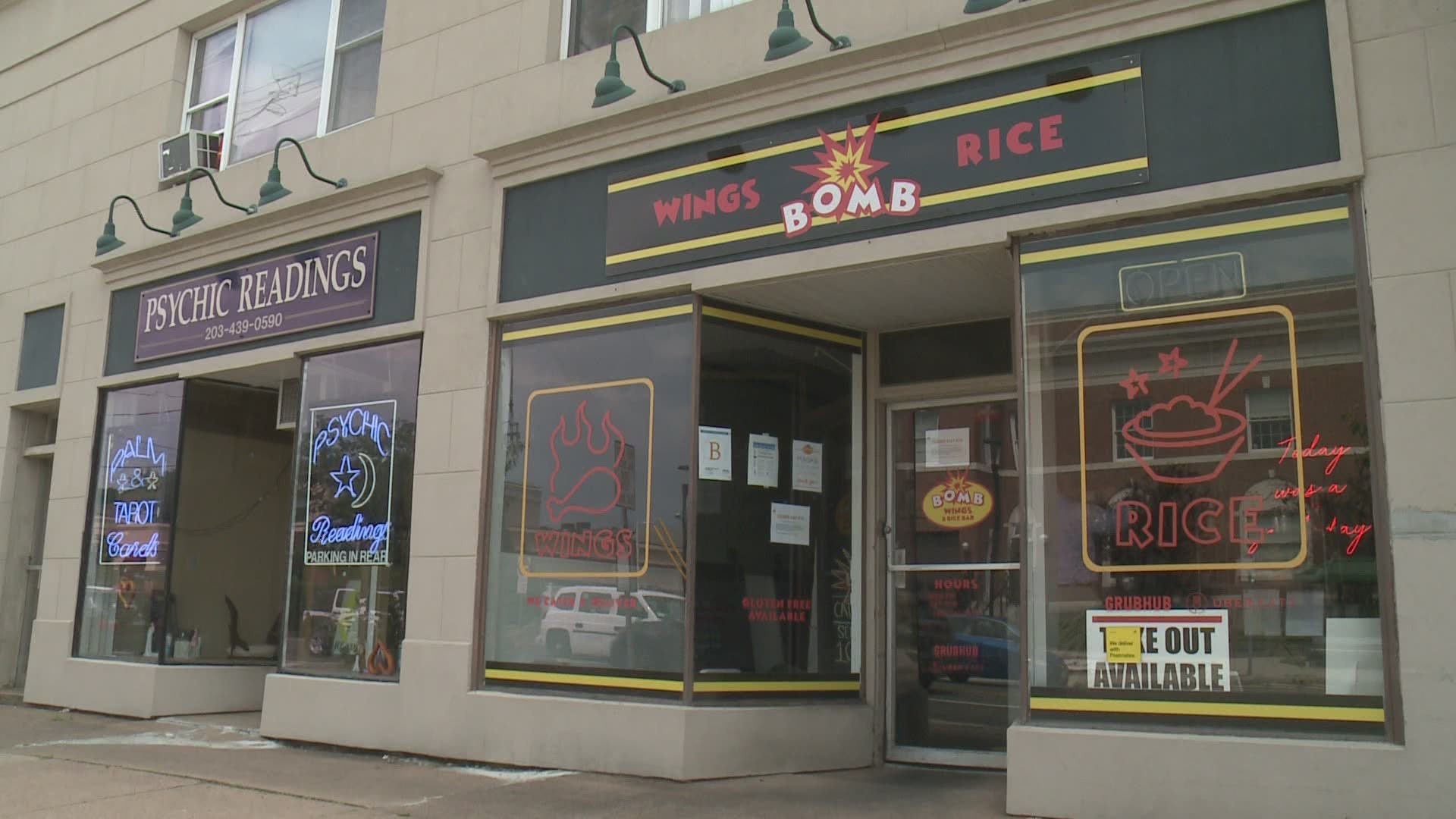 HAMDEN, Conn. — Congress has extended the application deadline for the federal Paycheck Protection Program to August 8 because there is $130 billion still available to businesses. And lawmakers are targeting Black and other minority-owned businesses to make sure they are aware.

Hamden's Bomb Wings & Rice Bar, whose menu taps into many different cultures, is cooking now, but the Black-owned business could not have done so without aid from the Paycheck Protection Program.

"When corona first hit, it was really tough in the beginning," said Jason Teal, the owner of Bomb Wings & Rice Bar. "Customers were scared. Business was tanked by 50 percent."

"It's a loan that is forgiven and it becomes a grant as long as Jason and his business keep their people on payroll," said U.S. Sen. Richard Blumenthal (D - Connecticut).

The PPP requires businesses to use at least 60 percent of that money for payroll in order for it to convert it to a grant.

"Jason could make repairs, he could install Plexiglas, all kinds of physical improvements here," Blumenthal said.

Teal's success has been far from the norm for Black-owned businesses.

"41 percent of all Black-owned businesses have gone under as a result of this pandemic nationally," Blumenthal noted.

He says that’s due in large part to the fact that Black business owners have not traditionally had the same access to funding from lenders as whites.

"It’s a catch 22," Blumenthal continued. "If you haven’t borrowed, the banks don’t know you. So, they are reluctant to lend. We need to open the cycle."

The Connecticut Restaurant Association has been a great resource for Jason Teal.

"Anyone that has that risk of 'hey, what are the costs going to be incurred with the PPP loan,'" said Scott Dolch, President of the Connecticut Restaurant Associations. "We have, whether it’s accountants, whether we have banks, the community banks."

RELATED: A shoreline businesses hope for holiday boost, one is already happy as a clam

Some Black-owned businesses say they have not applied for PPP money because they were afraid they would be stuck paying back the loan.

"We need to show more examples like Jason's to the community so that minority-owned businesses - Latino, Black and Asian American communities know that this program is out there," said State Senator George Logan (R - Ansonia)

Teal says the business has tripled since they’ve reopened, but they can’t get enough employees, who are confident enough to come back to work, yet. So, he's looking to add to his staff of 13 employees.