On Monday, Gov. Lamont said teachers are near the front of the line. And on Tuesday the CDC also announced that nursing homes will be prioritized. 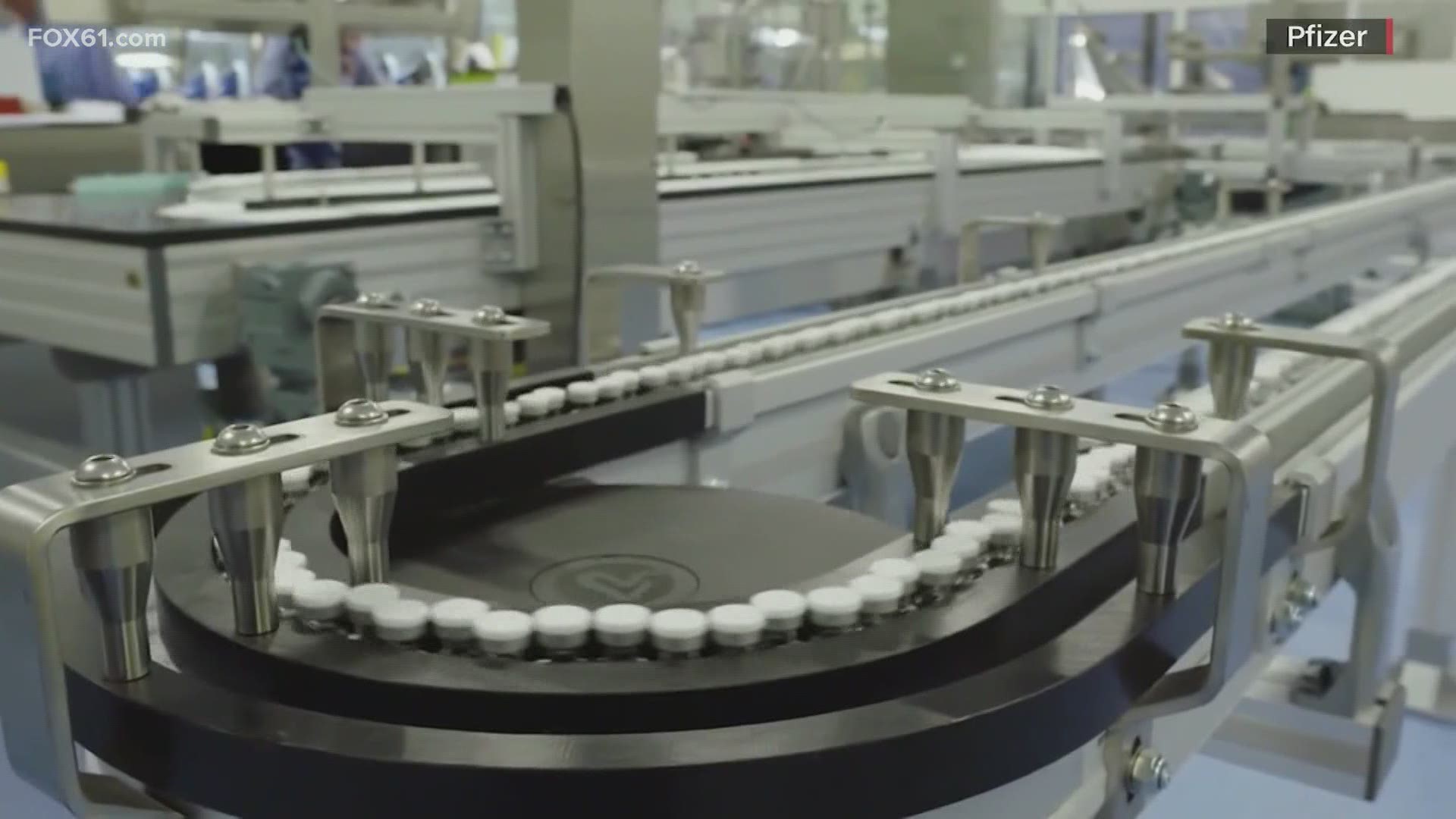 CONNECTICUT, USA — News about COVID vaccines is coming out at a fast and furious clip. Governor Lamont said Connecticut could have our first doses by the middle of the month. But exactly who is at the front of the line?

Obviously, hospital workers are at the front of the line. On Monday, Gov. Lamont also said teachers are near the front of the line. And on Tuesday the CDC also announced that nursing homes will be prioritized. Matt Barrett, the President of the Connecticut Association of Healthcare Facilities said it's, "Just enormously important news to a community that’s been hit across the country and especially here in CT."

Across the nation, more than 100,000 elderly nursing home and assisted living facility residents have died. Here in CT nearly 3,000 of our more than 5,000 COVID deaths have come from long-term care representing 73% of the state death toll. "It's an enormous undertaking," said Barrett.

Which is why a vaccine is so important. 20,000 doses on the way by mid-December and 40,000 by the end of the month. "I think we’re going to go long way toward vaccinating the entire community in short order beginning in December," said Barrett.

Matt Barrett represents nursing homes across the state but is also a member of the Governor's communications subcommittee for the state’s vaccine working group. They are gearing up for a public information campaign. "You should anticipate that it’s going to be a full-blown communications plan that is going to try and address any hesitancy that the community has about this approval process and plan. This is a safe vaccine," he said.

But challenges remain. Ultra-cold storage issues and the logistics of making sure two doses are given — spaced apart and of the same brand. "CVS and Walgreens, they’ve been previously designated by the federal government to be responsible for the vaccination program for long-term care. I think the systems will be in place," he said.

And until a vaccine gets here, community spread is getting worse. There are calls from some doctors for the Governor to shut down businesses. Should it happen? "Ya know, it may come to that," said Barrett. "...but I think we can win the day with core infection prevention control provisions."

We should get more information Thursday. The state's vaccine working group is scheduled to meet and Governor Lamont hinted at a press conference with the state's public health commissioner to explain more about the rollout of a vaccine.