U.S. Senator Dianne Feinstein said she'll offer an amendment in the next coronavirus bill preventing states with no facemask mandate from getting funds.

Sen. Dianne Feinstein, D-Calif., is proposing that federal relief for COVID-19 in the next stimulus be withheld from states that do not mandate the use of facemasks statewide. It comes as more than half the states in the country have issued orders for people to use face coverings to stop the spread of coronavirus, but some remain resistant to making it a rule.

"Research shows that masks reduce transmission of the coronavirus," Feinstein said in a statement. "CDC Director (Robert) Redfield said this surge in COVID-19 cases could end within two months if we adopt ‘universal masking.'"

RELATED: 2 stylists had COVID-19, but wore masks. 139 of their clients didn't become ill

Feinstein also noted that multiple businesses including Costco, Walmart, Kohl's, Target, Kroger and Starbucks are now requiring masks of their customers. And she noted that other countries have managed to flatten the curve.

"So why doesn’t the United States have a national mask mandate?" the senator asked.

Feinstein said that when the Senate resumes work on a new coronavirus stimulus bill later in the month, she plans to offer an amendment prohibiting funds for states which have not initiated a statewide mask rule.

The senator's statement appeared to be limited to money for state budgets and not aimed at individual citizens who might be in line for a second direct-payment stimulus check. Those checks could be for people making $40,000 or less under one proposal.

More than half of U.S. states now have rules requiring the use of masks at public indoor settings, with some also requiring their use outside when social distancing is not possible.

The opposite is happening in Georgia. Gov. Brian Kemp is suing Atlanta's mayor and city council to block the city from enforcing its mandate to wear a mask in public and other rules related to the COVID-19 pandemic. Kemp on Wednesday clarified his executive orders to expressly block Atlanta and at least 14 other local governments across the state from requiring people to wear face coverings.

RELATED: Tom Hanks has a message to those not wearing masks: 'Shame on you'

"Our biggest threat now to the economy is the fact that COVID is surging again in certain parts of our country," McConnell said earlier this month. “We can’t shut the economy down again — we don’t have enough borrowing capacity to continue to prop up the economy much longer — which is why the mask is so important.”

While President Donald Trump has stated that wearing a mask is a good idea, he has not yet suggested a national mandate doing so. He was not seen in public wearing a mask until last Saturday when he visited wounded servicemembers at Walter Reed National Military Medical Center.

Cases in the U.S. have surged in recent weeks. A Johns Hopkins University tracker indicates the U.S. has recorded more than 50,000 new cases in 13 of the first 16 days of July. It crossed 60,000 on five of those days.

Some cities and states are again ordering some businesses to close or to limit their services in the interest of keeping people far enough apart so as to reduce the rate of transmission.

The Associated Pres contributed to this report. 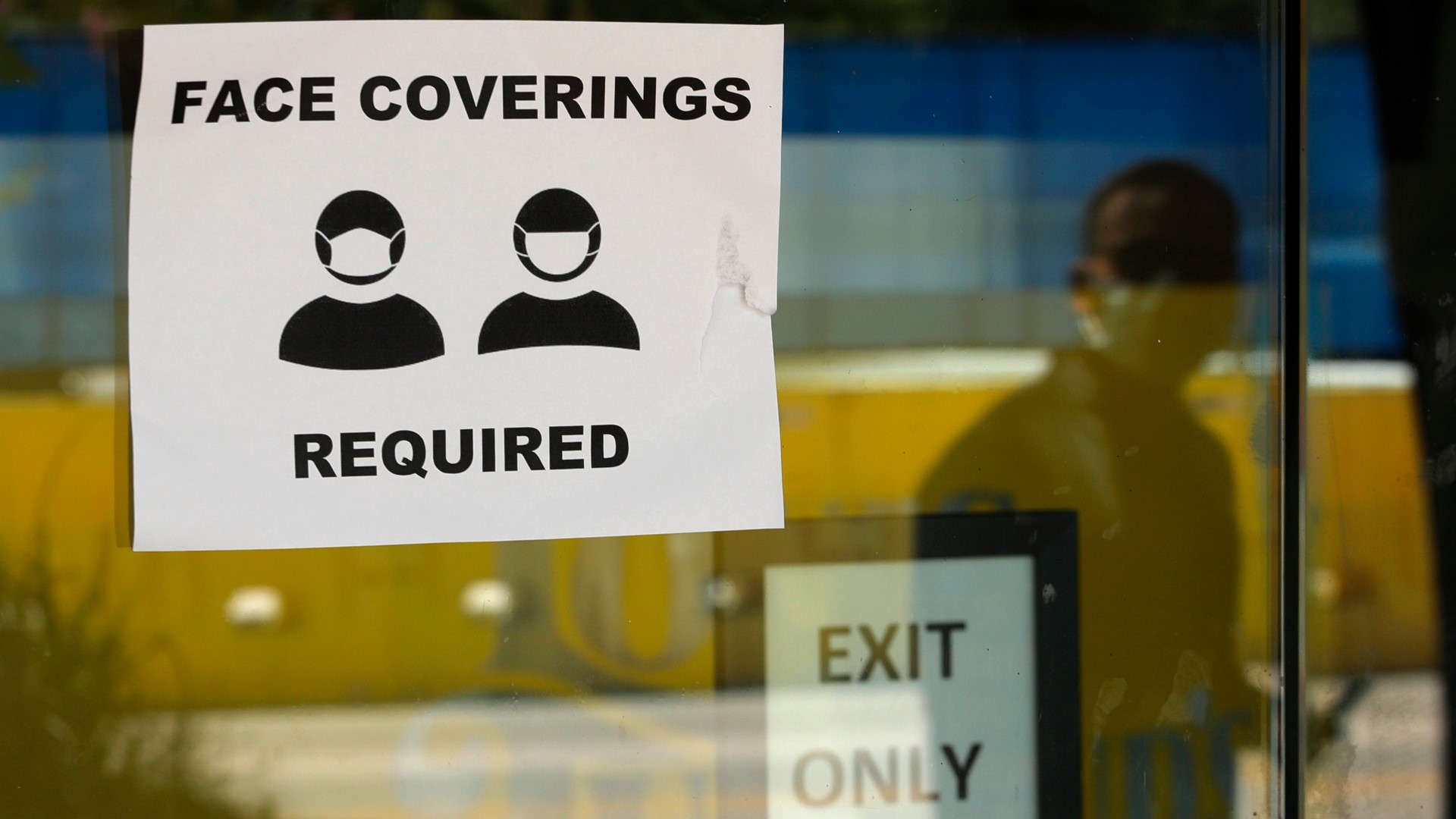