COVID outbreak at a nursing home in Old Saybrook

Dozens of staff and more than half the residents have tested positive. 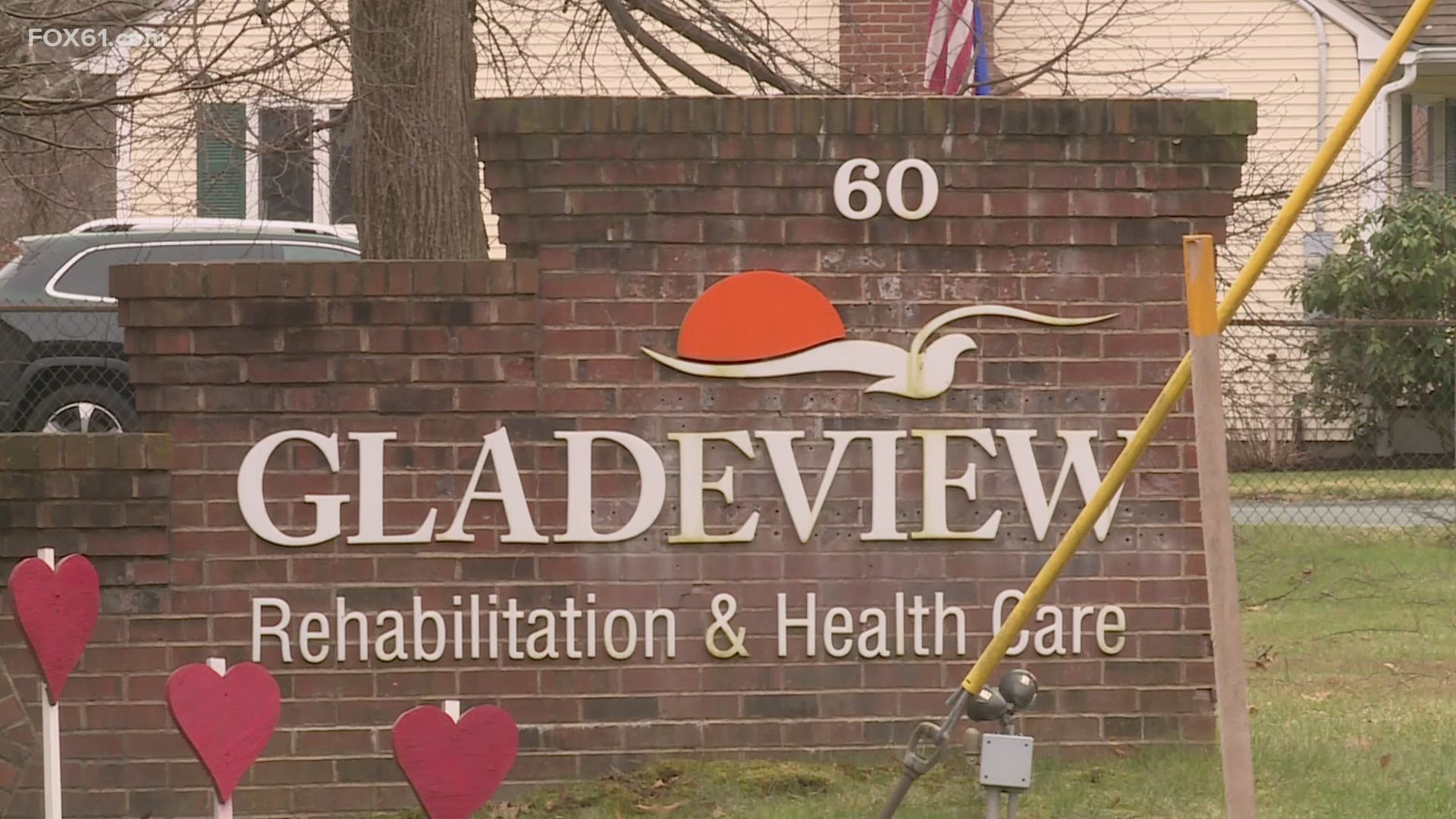 OLD SAYBROOK, Conn. — Despite many residents and staff being given the first dose of the COVID vaccine, some nursing homes continue to see outbreaks, including one in Old Saybrook where more than half of the residents and dozens of staff have contracted the virus.

Just within the last week, three people have died, and 55 residents have contracted COVID at Gladeview Rehab and Healthcare. When FOX61 called the facility seeking further information about the outbreak, we were hung upon.

Since July, 77 residents and four people have died of COVID at Gladeview Health and Rehab in Old Saybrook. 55 of those infections and 3 of those deaths came just within the last week of reported data. "A lot of folks did test positive both residents and staff. As far as I know, the nursing home is trying to get it under control," said State Rep. Devin Carney, a Republican who represents Old Saybrook.

In addition to the residents, 20 staff members are also positive for COVID. "It spreads like wildfire once it gets into these facilities," remarked Carney.

Looking at the statewide data from just the last week, another 414 nursing home residents have been infected and 132 more have lost their life. 387 more staff members have also tested positive.

The outbreak at Gladeview doesn't necessarily mean they did anything wrong. We've seen before how quickly the virus can spread in congregate settings through the asymptomatic spread and how older facilities and poor ventilation play a role. Overall, nursing home staff are doing the work of heroes in a pressure cooker environment.

Flare-ups aren’t limited to Gladeview. There are current outbreaks at Groton Regency Center, Davis Place in Killingly, The Middlebury Convalescent Home, and Apple Rehab in Colchester. "I know some of the reasons why it spreads so quickly is because of the poor ventilation in these older buildings so anything to make improvements to make sure these residents and employees at these facilities are safe, I would be supportive of," said Carney.

All this - as the race to vaccinate the nursing home industry is on. "We are on track to complete everybody having their first vaccine in the nursing homes by the end of next week which is what we wanted to do," said Gov. Ned Lamont.

Meanwhile, a public information campaign is also waging war against misinformation and vaccine hesitancy within the long-term care industry. During a meeting of that state's vaccine working group, Mag Morelli, the President of Leading Age representing the non-profit nursing homes said, "That misinformation that you gave us some information on before this meeting. That rumor about how it affects your fertility or reproductive ability. That is running rampant and this is an instance of a strong young female workforce so anything we can do and provide to the nursing homes so they can share that with the workforce would be extremely helpful."

A spokesperson for the state Department of Health told me they are checking up on Gladeview and other nursing homes to make sure they are maintaining proper staffing levels and following infection control measures. 69% of the total COVID deaths in CT have come from nursing homes and assisted living facilities.