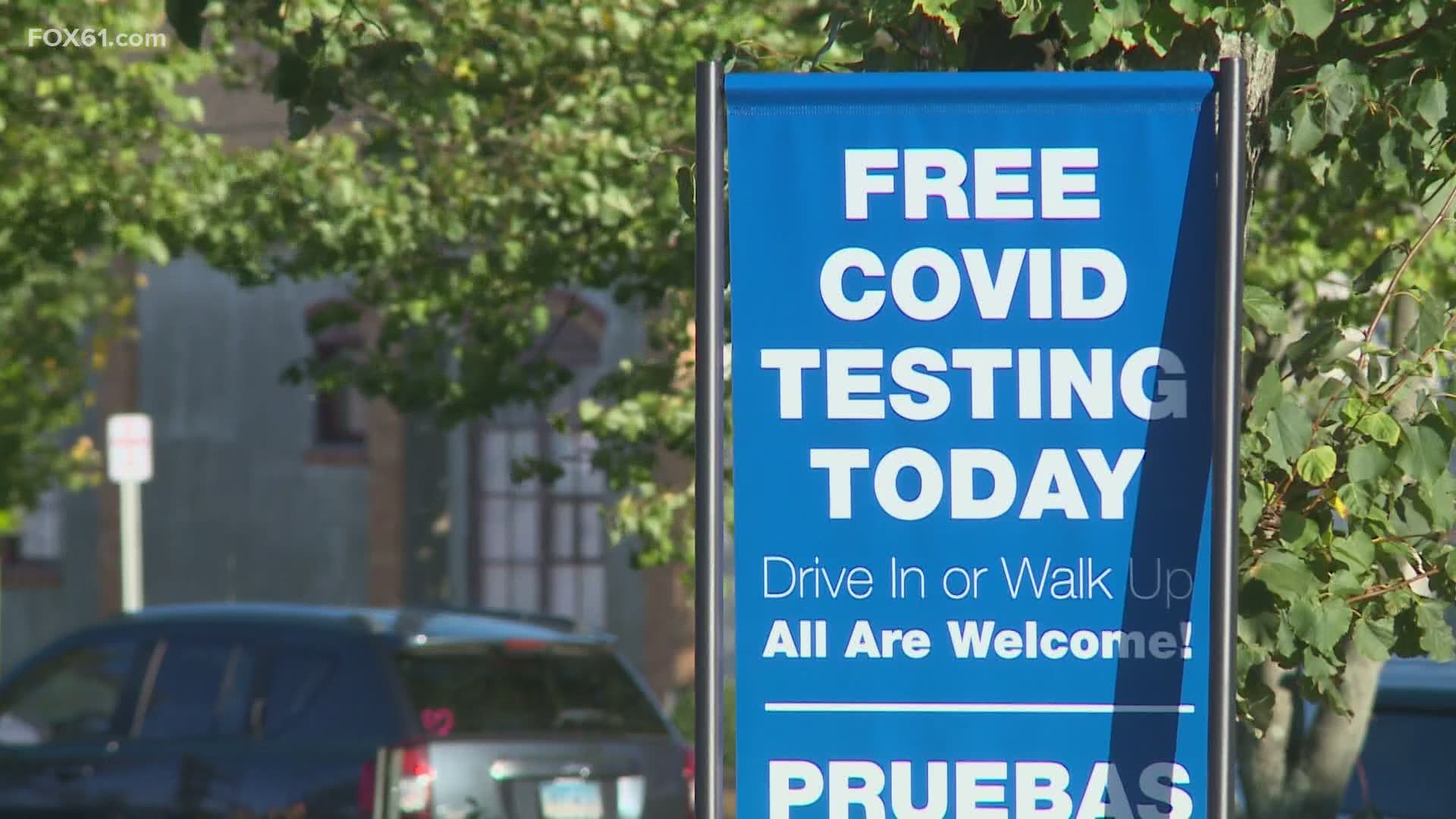 NEW LONDON, Conn. — The state Department of Public Health issued a COVID-19 alert Thursday for New London due to a rising level of new cases in recent weeks.

That spike raised the daily case rate to 30.5 per 100,000 population, which is one of the highest in the state, officials said.

Residents have been urged to:

“We are seeing increased levels of community transmission of COVID-19 in eastern Connecticut, and the amount of disease activity in New London is a real concern,” Acting DPH Commissioner Deidre S. Gifford, MD MPH said.

DPH also noted that they are working closely closely with the Ledge Light Health District, municipal officials and health care providers that have testing sites available for members of the community.

New London and Norwich are the only two municipalities in the state with an infection rate per 100,000 people over 25. This has New London stepping up testing.

"The surge that we’re having right now, all the data tells us that all the cases are coming from community gatherings," said New London Mayor Michael Passero.

There has been no one gathering or event that has caused the outbreak in the area. The same was said in Norwich when the first COVID advisory was issued there last week.

"You have to break the chain of transmission from those who are exposed to those who don’t have the disease," said Dr. Gifford.

Staying home if you have symptoms, practicing social distancing and getting tested are ways to break that chain. The state is offering additional support to the city to ramp up testing and contract tracing.

The following below testing locations are available in New London and the surrounding communities. COVID-19 testing in New London is free and no appointment is necessary:

Monday through Friday until further notice:

For more information or any questions, reach out to the Ledge Light Health District at 860-448-4882 or by email to Ledge Light Director of Health Stephen Mansfield smansfield@llhd.org.