New site helps expand the testing already being done at the airport. 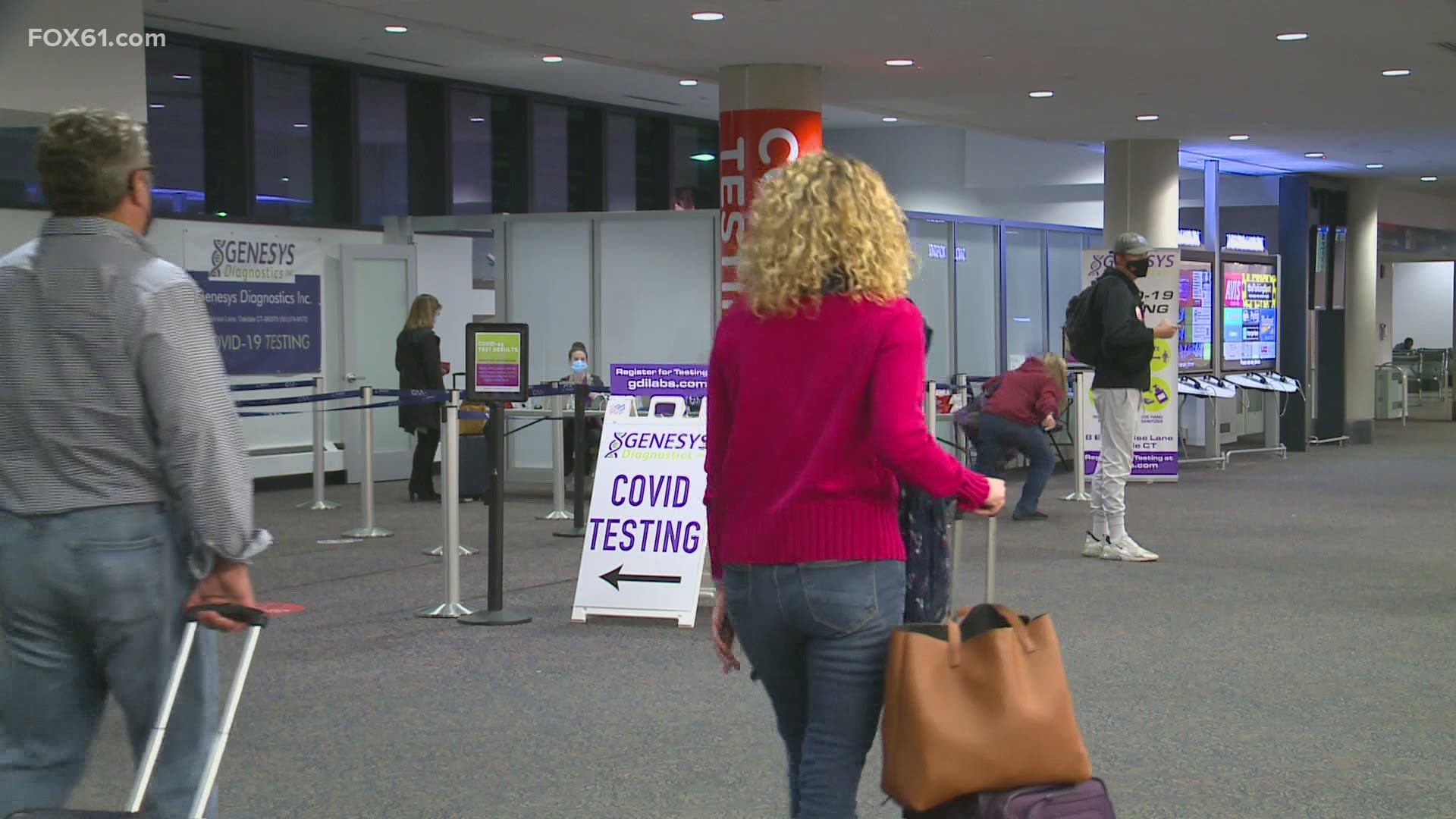 WINDSOR LOCKS, Conn. — Hartford Hospital has teamed up with Bradley International Airport to offer more testing. The tests are open to the public and passengers of flights. The site won't require an appointment and is open from 11 am to 7 pm daily.

The opening helps expand the testing already being done at the airport. The increase in testing capabilities comes just in time for the holiday travel season.

"It was really easy that we can do it here," said Anthony Morassi.

Morassi and his girlfriend stood by baggage claim six in the lower terminal of Bradley. Their baggage claim is directly across from the on-site testing offered to flyers. It’s a location that about 300 passengers a day are taking advantage of.

"Beforehand we had to go through a drive-through. Now you just get it done right here. You have nothing to worry about," said Morassi.

The baggage claim testing site coupled with the drive-up location will allow for more passengers to get tested. Any traveler coming from a state on Connecticut's travel advisory list must quarantine for 14 days unless you can produce a negative test.

"They will need to send that information into the state of Connecticut. Once that is done, they can be exempt from the quarantine requirement," said Chris Heneghan of the Department of Public Health.

While travel has increased since the start of the pandemic, the TSA reports ridership was down nearly 41% over the weekend from this time last year.

"The decision to travel is up to the traveler," said David Pekoske, TSA Administrator. "In my opinion, we have done everything we can to make travel secure for passengers as they contemplate holiday travel."

The CDC is urging people to stay home this Thanksgiving. A survey by AAA of Greater Hartford says almost 90% of Connecticut residents will be doing just that. For those who will be taking to the skies, their best advice is to plan ahead and avoid risky behavior.

"Just take the precautions to respect the people around you, but, honestly traveling, it was fine," said Morassi.