The barbershop opened on May 20 despite Lamont's order that such businesses could not open until early June. She was issued a cease and desist order. 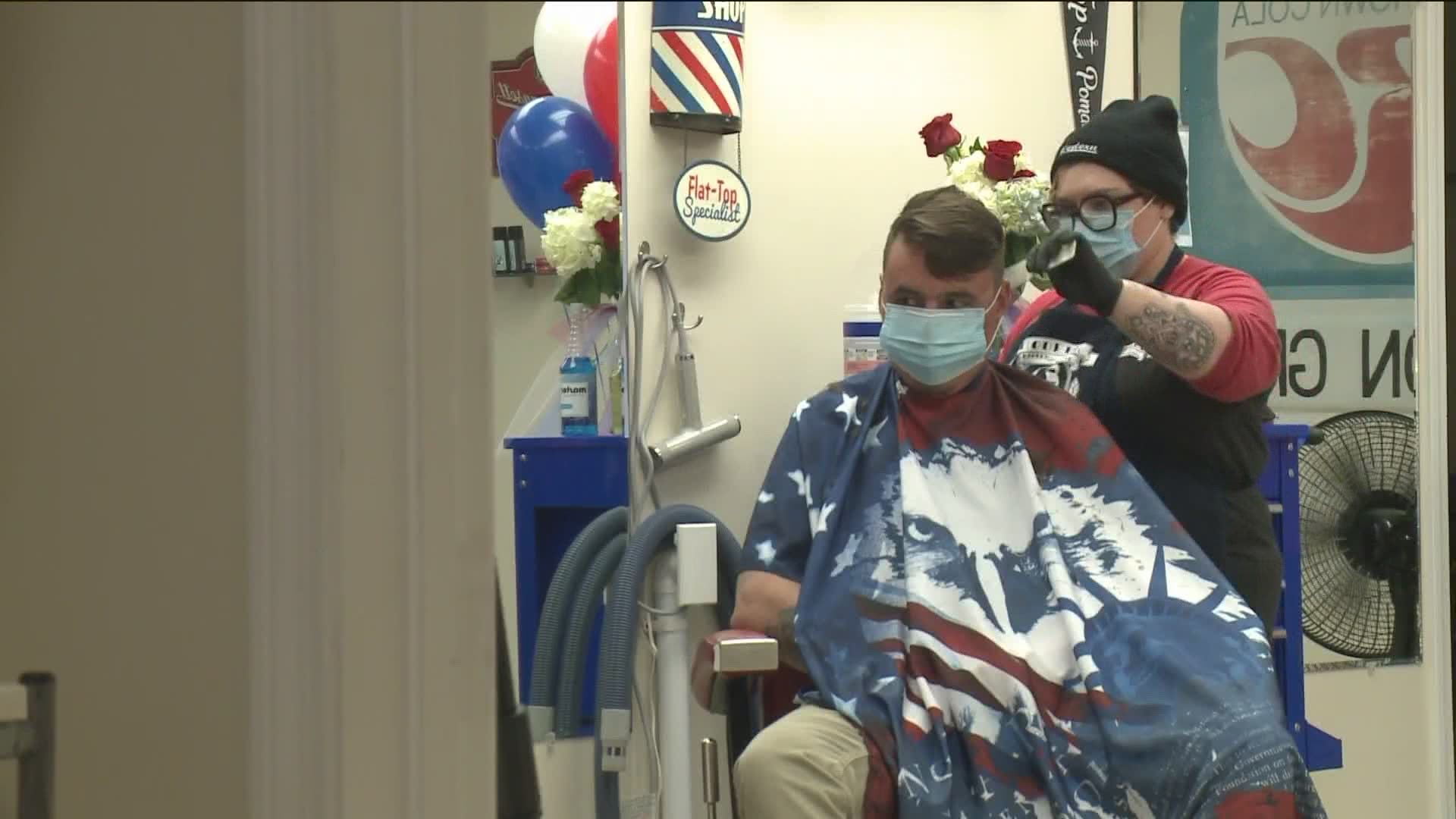 STONINGTON, Conn. — A Pawcatuck barbershop owner is now taking legal action against Governor Ned Lamont after she was shut down for operating her business Thursday morning.

On Wednesday FOX61 visited the Modern Barber and Shave shop in Pawcatuck where owner Cat Thibodeau was cutting her clients’ hair, after Governor Ned Lamont pushed back the official reopening date for salons from May 20th to June 1st.

Thibodeau’s lawyer, Frank Ricco said Thursday morning, his client was paid a visit by the Ledge Light Health District. She was issued a cease and desist order for violating Lamont’s executive order.

“His reason that he gave was to give other salons more time to prepare, but for those salons that did prepare, much like Modern Barber and Shave, this penalizes them by forcing them to wait ten days if not longer,” Riccio said.

Thibodeau's lawyer has now submitted a legal complaint and a temporary injunction in hopes to prevent the state from keeping her closed.

RELATED: Cromwell to create a declaration to allow town businesses to reopen

“This is being filed to enforce her rights under the executive order that would have permitted her business to be open on May 20th, along with all other salons in Connecticut,” Riccio said. “This is a plea to the governor to allow businesses such as Modern Barber and Shave, who are completely in compliance with safety protocols, to open, so there is a time limit here but we hope that action can be taken before June 1st.”

Read the full complaint below:

FOX61 did reach out to the Governor’s office, but they declined to comment.

The shop’s GoFundMe account has already raised more than half its goal for legal fees. A rally outside the shop is planned for Saturday morning at 9:30 a.m. in support of the barbershop and hair salons that were ready to open on May 20th.