Of 339 tests of asymptomatic inmates, 105 came back positive; families say inmates are not being treated like human beings 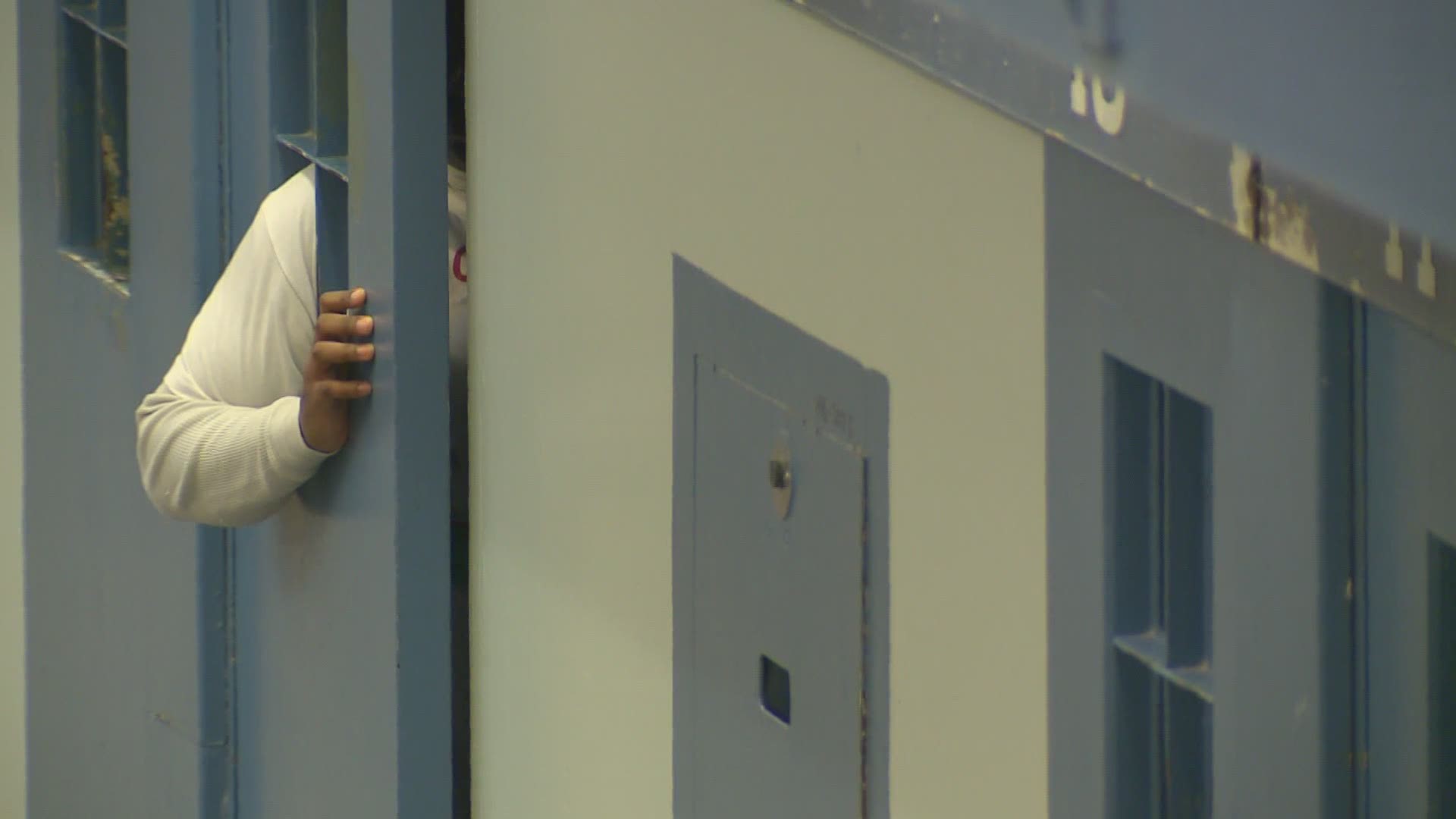 HARTFORD, Conn. — HARTFORD-- Families and activists are calling for the release of inmates after more than 100 inmates tested positive for COVID-19 at one Connecticut prison.

Osborn Correctional Institute in Somers was placed on lockdown Friday when the prisoners, who had not shown any symptoms, tested positive for the virus.

For weeks activists and families have staged driving protests in Hartford, blaring their horns demanding the governor sit down and talk with the advocates about releasing some inmates - people they say are being treated inhumanely.

Carmen Torres, who is the mother of Osborn inmate Christopher Matos. She said, “It’s a hard time telling my 7-year old grandson that his dad has COVID-19."

Torres had to have that conversation with her grandson after 32-year-old son tested positive for COVID-19 along with 104 other inmates at Osborn. 234 inmates tested negative; results from another 279 inmates are still pending.

Matos has been serving time on charges of larceny, a crime Matos’s family says he’s paid for enough.

Torres said, “It’s so hard for a mom, everybody makes mistakes, we’re entitled to make them and mend them.”

RELATED: Inmates with COVID-19 to be moved to Northern CI

Back in March, the Department of Corrections said it was looking to release eligible inmates on a case-by-case basis, but it’s been too long for families of offenders like Matos who say hearing of what goes on in facilities like Osborn are troubling and say it’s better for inmates to come home now.

“I don’t want to keep raising my 1-year old daughter by myself… They can take better care of themselves out here better than in there being in a cell not being able to shower, “ said Karen Cahill who says she is Matos’s wife and is raising her daughter alone.

During an interview with FOX61, Cahill showed signs of frustration, frustrations that have been echoed for the past few weeks.

The KATAL Center and other advocacy groups have been protesting at the capital for the release of eligible inmates.

So far the group says, “The governor has refused to meet with family members of people who are incarcerated in Connecticut jails and prisons -- the majority of whom are Black and Latinx.”

To date almost 600-inmates have tested positive for the new coronavirus. More than 400 have recovered; six have died. 369 Correction Department staff members have also tested positive.

The Department of Correction says they hope no one who tests positive becomes symptomatic, but if they do they are prepared.

Family members of inmates say they're aware releasing offenders is worrisome, but it is still a human's life.

Cahill said, “We’re not denying the fact that they did mistakes and they’re doing their time, but they are humans. You’re treating them like they’re not humans by not allowing them to shower, you know not giving them proper care.”

Family members are calling on state leaders and lawmakers to act.

FOX61 reached out to the governor’s office through phone and email, but at this time have not heard back.