Days after inmate dies due to COVID-19, family speaks out about prison conditions inside

As of December 9, there have been 10 inmates that have died due to COVID-19. 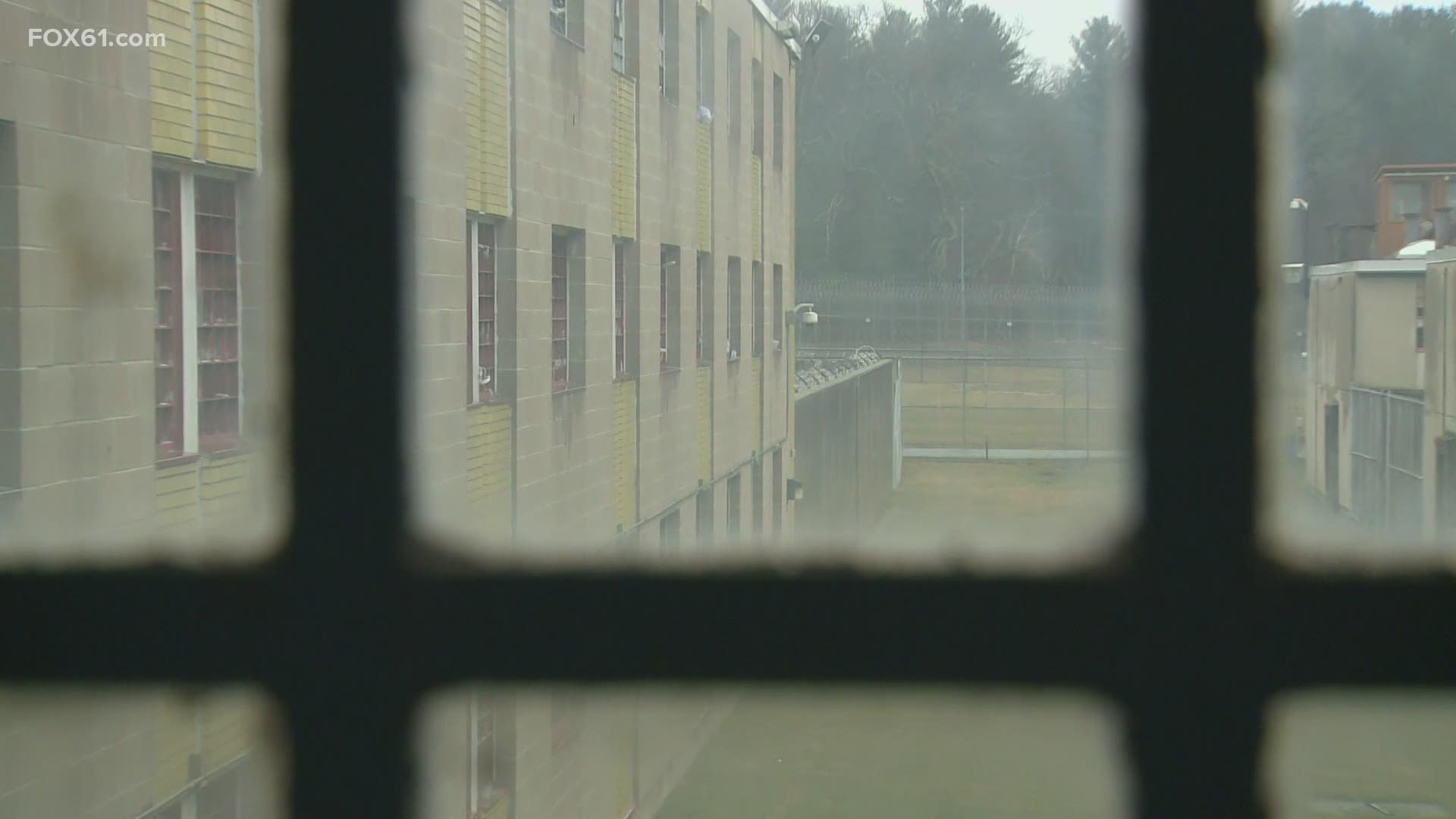 SUFFIELD, Conn. — Days after a MacDougall-Walker inmate passed away from COVID-19, one family is speaking out calling for more inmates to be released.

Raquel Leiva reached out to FOX61 because she says she is worried about her husband. She says what goes on behind these bars is inhumane.

The Connecticut Department of Corrections says they are following CDC guidelines but Levia says what she has heard is a different story.

Raquel Leiva said, “It’s just unsanitary conditions he says he has never seen in his 24 years have never seen anything like it.”

“He didn’t even want to take his clothing back with him when he got out of there, he had to use his own clothing to clean the cell and the surfaces around him because he wasn’t given cleaning supplies,” said Leiva.

Levia says it's not shocking to hear of an inmate passing away due to covid-19. Her husband is serving a 40-year sentence for his involvement in a murder plot. She says the 67-year-old inmate first got sick with the coronavirus in November and was transferred to an outside hospital.

Weeks later when news spread about the inmate dying, Gonda told her the virus had already spread like wildfire in the unit.

Leiva said, "When he told me that someone died, he told me someone came into the facility for a program but had no temperature but was asymptomatic yet was carrying COVID and got 40 inmates sick in the same wing."

From the reports handed down from the department of corrections, the numbers add up.

The week the deceased inmate was transferred to an outside hospital for treatment the Department of Corrections said 46 inmates tested positive, but the department says they are still following health and safety guidelines.

The department sent out the following statement:

Thanks to a variety of factors, including the agencies efforts to responsibly release inmates to the community, the incarcerated population is down by more than 3,100 since the start of the pandemic.  As a result, unlike other correctional systems across the country, the Connecticut Department of Correction has the available space to centralize all symptomatic COVID-19 positive patients to maximize their care while they recover.  The medical isolation unit at the MacDougall-Walker Correctional Institution was specifically chosen based on the CDC guidelines pertaining to the care of incarcerated people during a pandemic, which include recommendations for cells with solid walls and solid doors and an efficient ventilation system.  Additionally, the unit has the unique advantage of having a medical triage area located within the housing unit, allowing for immediate access to medical care.

“The Department’s staff both medical and custody continue to do an incredible job caring for the inmate population under very trying circumstances,” said Commissioner Designate Angel Quiros.  “We are continually reviewing our procedures and protocols so that we can better protect the inmates, our staff, as well as the general public.”

Leiva says she knows people are cautious of letting inmates out due to COVID, but says she wants people to imagine being her.

“Unless you have someone inside who you can talk to regularly nobody knows these things and it's very scary, and it's very discouraging,” said Leiva.

Levia and activist groups like the KATAL Center for Equity, Health, and Justice say more people need to be let out, although according to the Department of Corrections they have already released 3,100 inmates during the pandemic.

Leiva said, "There needs to be an independent review about what is happening behind those walls that they hide behind safety and security."

Leiva and the KATAL center say they will continue to advocate for those locked behind bars.

The collective says a comprehensive plan is needed now more than ever to release inmates especially since the state is now in the midst of the second wave of COVID-19.