They pay it forward by donating food to healthcare providers at nearby UConn Health. 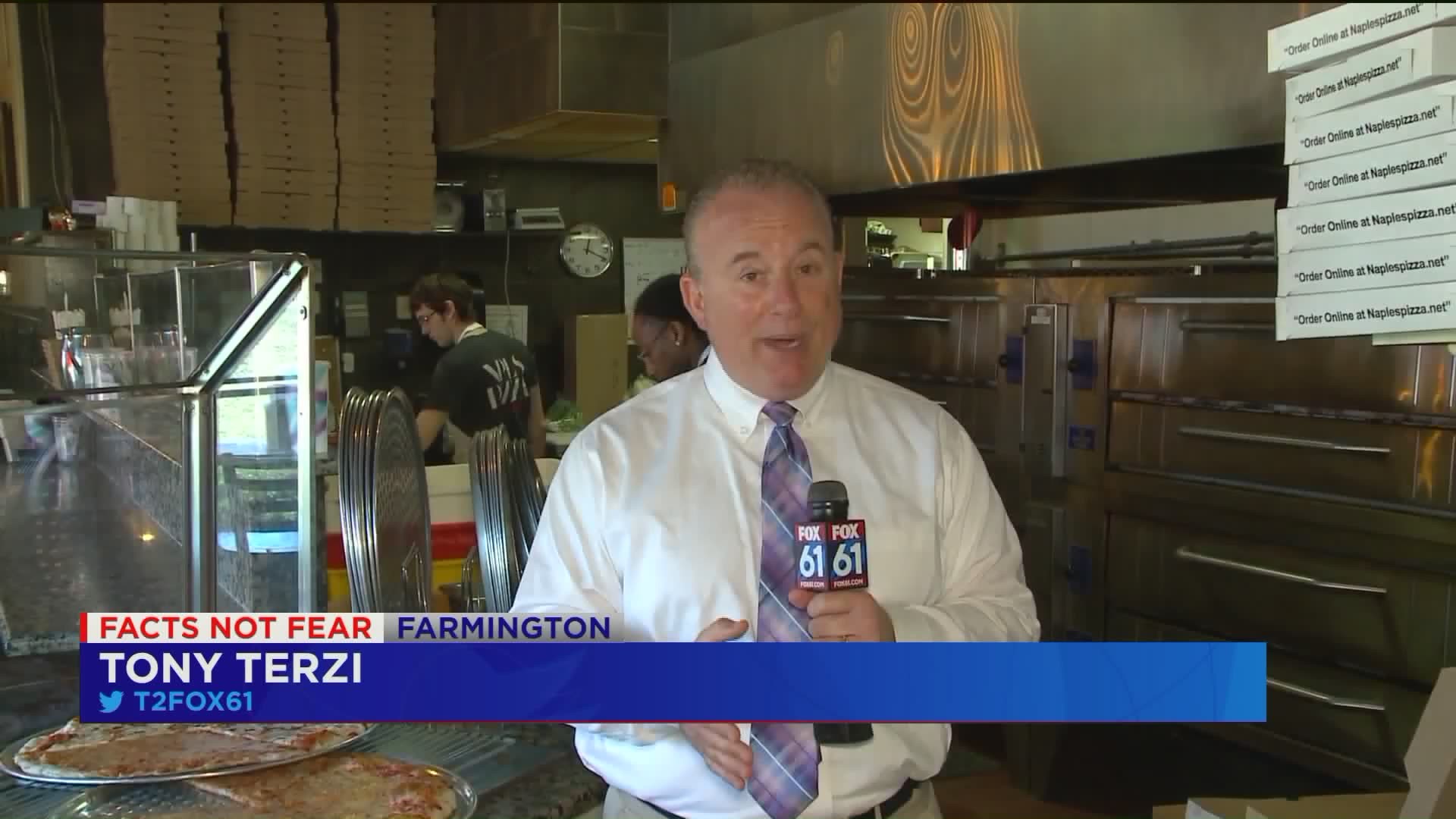 Restaurants and bars have suffered massive losses since being ordered to resort to only take out or delivery, as a result of the COVID-19 outbreak.

But, a Farmington restaurant owner is hopeful that his idea is not pie in the sky.

Naples Pizza, in Farmington, like many other businesses, is not bringing in the dough. In fact, they’re losing roughly 50% of their daily business because of COVID-19. However, they still find a way to pay it forward by donating food to healthcare providers at nearby UConn Health.

"You know how hard all those people on the front lines, at the hospitals, are working," said Kurt Kruczek, Owner of Naples Pizza. "I happen to know a couple of people working at the hospital."

He’s delivered pizzas several times to both first shift and second shift employees and he’s hoping other restaurants will do the same and even ask their customers to consider making a donation so food can be delivered to the hospital nearest them.

"Buy gift cards or buy food from restaurants and have the restaurant deliver it so sort of this, you know, keep restaurants alive," said Kruczek.

Naples Pizza’s philanthropy led to him being a guest on the Fox News Channel's Fox and Friends Wednesday morning, resulting in an immediate response.

"People from Maryland went onto my Facebook page and said 'what can I do to donate. I just love what you're doing. So, let me give you some money.'" he said. "So they’ve called up and donated money. I had somebody from California donate some money."

This affords him the opportunity to keep giving back to UConn Health.

Fork & Fire, co-owned by Kruczek, is primarily dine-in. So, they’re adapting by beginning curbside service today, also with the mindset of giving back.

"It’s not just about making money," said Jay Welch, Co-Owner and Chef at Fork & Fire. "It’s also about getting some quality food to people who actually need it. Restaurants aren’t only ones being affected by this. There’s people also without jobs."

As for the reduced menu at Fork & Fire, Kruczek says "we will do burgers and wings and some other cool items and do some specials," including perhaps Friday family meals for pick up.