Farms are still producing food. So why are Connecticut store shelves and food banks empty? 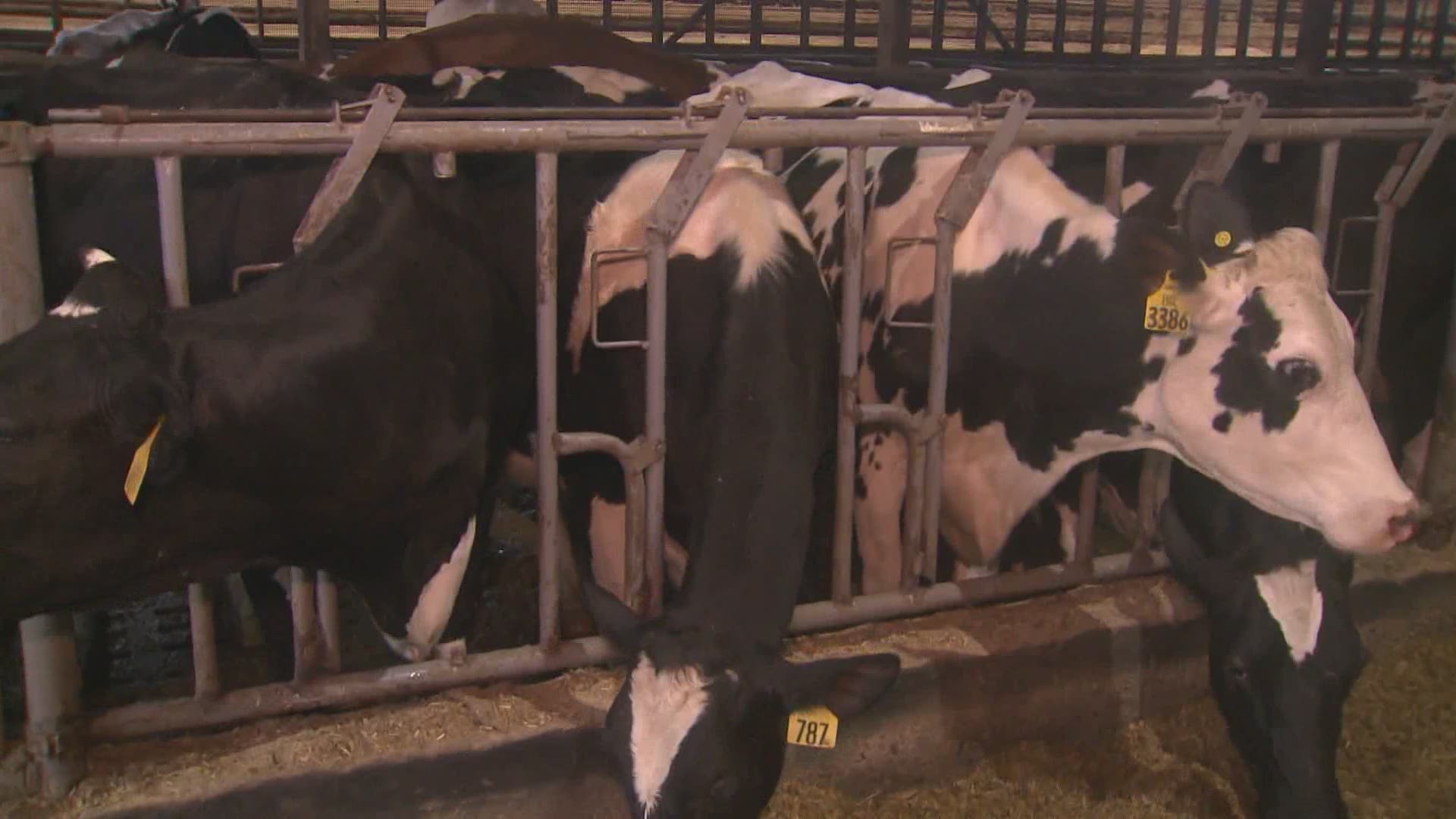 WALLINGFORD, Conn. — The demand for food is going up as more Americans lose their jobs due to coronavirus. Issues with food supply chains across the country are impacting our state.

“What we have seen in this situation is at the same time everyone experienced a major disaster,” says Paul Shipman, the senior director of marketing at the Connecticut Food Bank.

Food banks are experiencing more need, and have less food to meet those demands.

“You may have heard about what happened in South Dakota,” Governor Ned Lamont said during a press conference Friday. “They’re the meatpacking. Almost all of the infections in South Dakota are in and around that meatpacking facility.”

Farmers across the country have been forced to leave their crops behind to rot.

“We were just broken-hearted to see dairy farmers were pouring away unused milk because it’s not as necessary in our restaurants and such,” says Lamont.

RELATED: Dairy farmers begin to flush away milk due to coronavirus

“We purchased 2.1 million pounds in about a month's time. That's a little bit more than the food amount we purchased all last year,” says Shipman.

The CT Food Bank is working with the Commissioner of the State's Department of Agriculture, Bryan Hurlburt to fill gaps in the local supply chain.

“He not only gets the supply into the hands of the people who need it but will help prevent another sector of the economy shutting down by making sure those farmers and dairy producers have places to source their foods,” says Shipman.

Dairy producers in Connecticut are hardest hit right now because it's not yet growing season in the state. They've donated a lot of their surplus to the FoodBank already.

“We’re coming up with strategies now to be able to compensate them farmers better able to get that food, get the logistics, get the refrigeration so it can be distributed, not only in Rentschler Park with FoodShare and hundreds of people lining up because they desperately need that food, but also some of our farm-to-table and fairs we’ll have later on,” says Lamont.

RELATED: Farmers and markets uncertain how COVID-19 will affect the growing season