Glastonbury COVID patient, and dozens of health care workers, waged a 5-week battle for his life

On Saturday, he celebrated victory in the arms of his wife and daughter 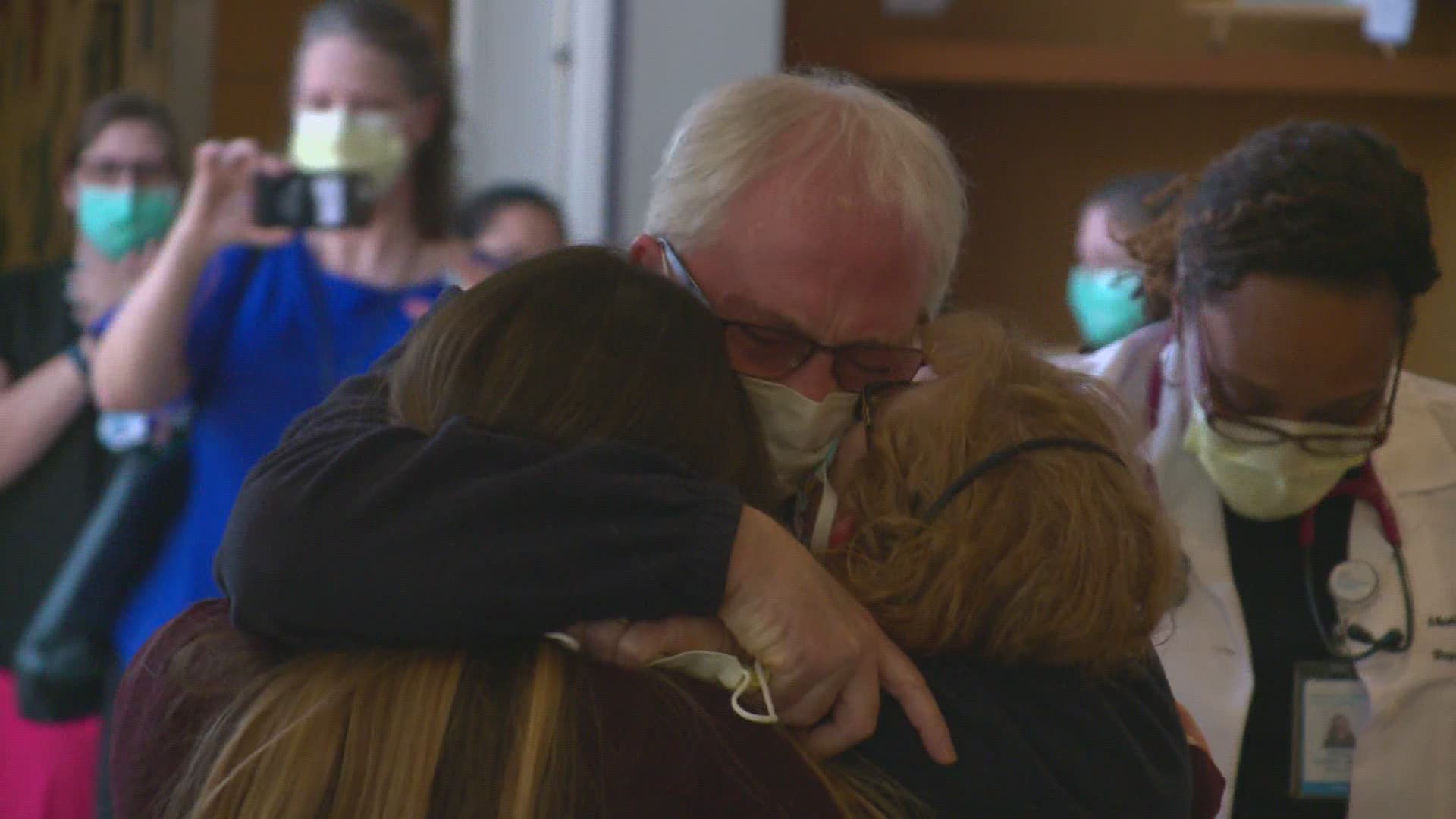 WALLINGFORD, Conn. — Five weeks ago, Jay Bialkowski, a security guard at Hartford Hospital, began what would be a fight for his life there, after being admitted for COVID-19.

“We did not know if he was going to make it,” said Dr. Megan Panico, an ICU doctor at Hartford Hospital and the Medical Director at Gaylord Specialty Healthcare in Wallingford.

“He was in full blown respiratory failure, he was ventilated, he required sixteen days of ventilation, he required proning, he required paralyzing, kind of everything we could do in the ICU to try to save his life,” she said.

He nearly lost his life, but eventually was able to breathe on his own.

“When we saw that he could last without the breathing tube is when we said okay he’s gonna survive,” said Dr. Panico.

That’s when he moved to Gaylord Specialty Healthcare for rehabilitation, learning to walk and talk again. After more than a month without seeing his family he was able to reunite with them, cheered on by the staff who helped give him his life back.

“I feel like a million dollars. You know I’ve been to hell and back, and I just feel fortunate,” said Bialkowski, “I’ve been waiting for this for a long time. I haven’t seen them in a month and it’s better than any Christmas I’ve ever had,” he said.

Bialkowski and his family expressed gratitude for the people who got him to where he is today.

“ I can’t thank them enough. Everybody from Hartford and then Gaylord here, everybody here it’s from the heart it’s personal,” he said.

“We won’t ever forget everyone’s contributions to this, this is life changing,” said his wife, Linda.

”You’re thankful for every moment and you know it changes your priorities so much,” said Linda.

“Every small improvement is huge, no matter how small it was,” said Sarah Bialkowski, Jay’s daughter.

The family will now get to cherish those small moments together at home once again.

“You know our family was almost destroyed, and it isn’t. We have a new release on life and a second chance and we’re going to take advantage of it,” said Jay.