People came out by the dozens to enjoy the outdoors leading to state parks to quickly shut them down. 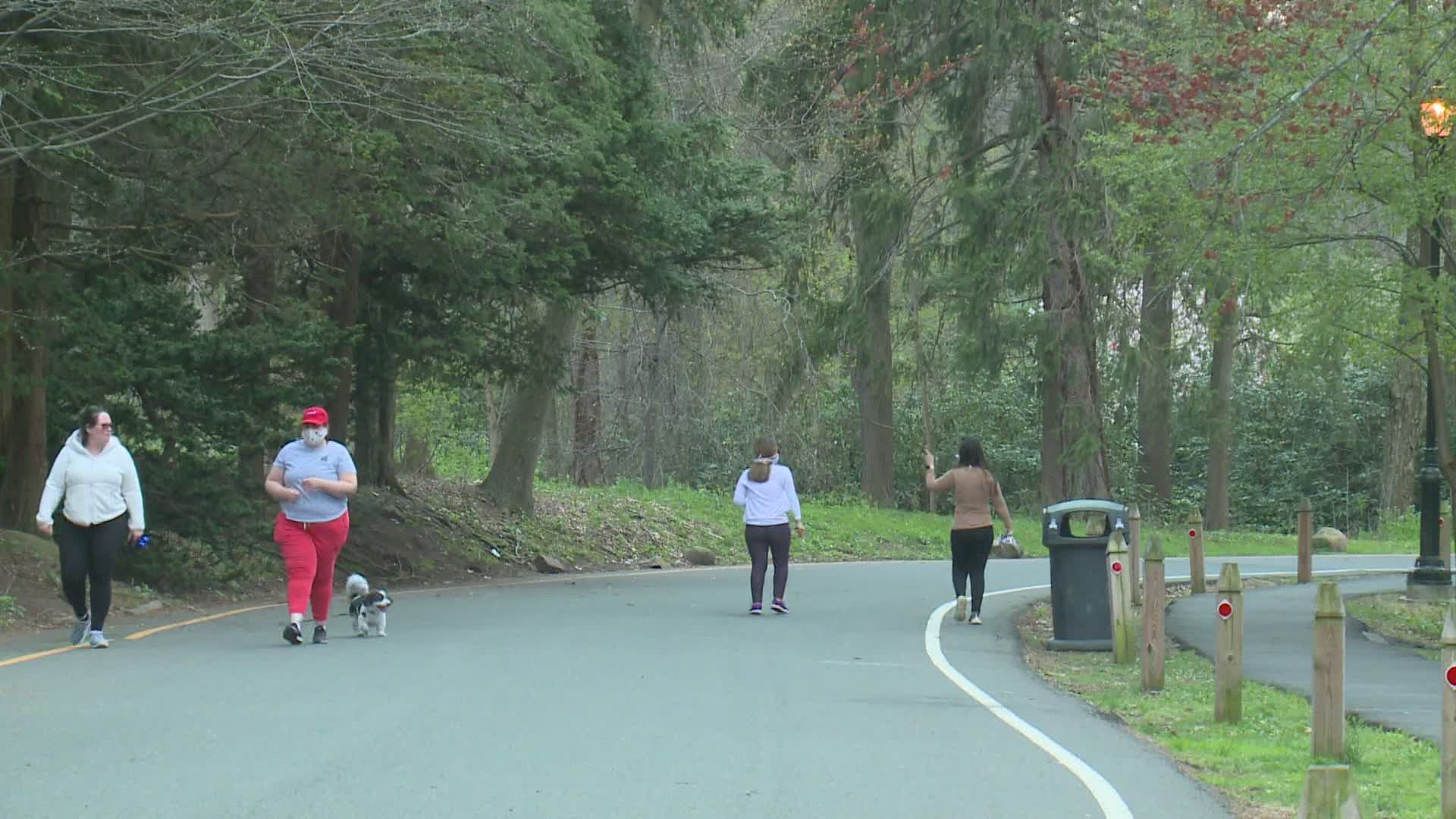 State parks across the state closed Saturday after they reached full capacity because of the nice weather.

FOX61 spoke to people who say just being able to come outside and soak up the rays of sunshine was enough despite having to spread out to social distance.

Bill Cordes said, “A lot of dreary weather lately, so it’s nice to finally, get a couple of nice days.”

People came out by the dozens to enjoy the outdoors leading to state parks to quickly shut them down.

Dillion Hubina said, “I think people are starting to for crazy and just anxiety, depression I think it’s huge that we are able to get out of the house.”

During these outdoor adventures, the Department of Energy and Environmental Protection (DEEP) is advising folks to keep practicing social distancing and follow the rules.

Katie Dykes who is Connecticut’s DEEP Commissioner said, “It’s a good time to enjoy or discover new parks you haven’t been too some of them that maybe a little less discovered, also to enjoy trails opened around the state.”

RELATED: A lawyer dressed as the Grim Reaper is haunting Florida beaches to protest their reopening

Since COVID-19 hit the state, DEEP already started limiting the number of visitors which is why they advise people to look on their twitter for closings, but with Governor Ned Lamont’s order to wear face masks, that executive order also applies to state parks.

“You need to bring your mask in the event you are in the parking lot, you may be encountering people or if your passing people on a trail,” said Dykes.

The state is weeks away from the May 20th reopening date.

While only some businesses are opening up their doors again, it could also mean more people outdoors.

Abby Orn said, “It does make me a little bit nervous though because we just reached the peak and started to go down that we’re going to see a spike again…”

”Stay away from each other because if not it could be such a waste that we were in quarantine for so long,” said Hubina

DEEP wants to remind people that if a state park closes, it’s only temporary that it will re-open the next day.