An additional 875 positive cases of COVID-19 were reported, bringing the state total to 7,781. 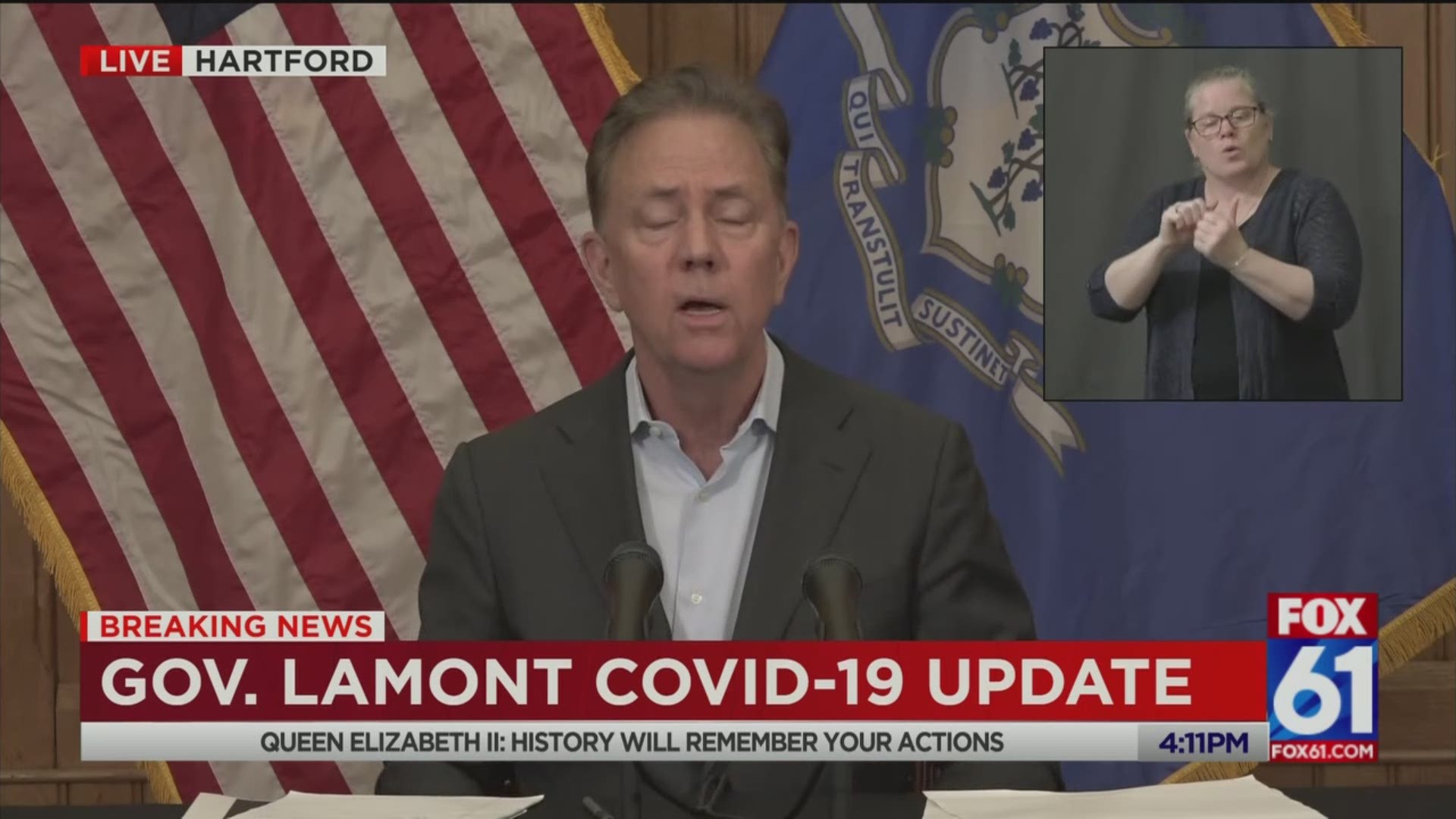 So far, there have been 277 fatalities.  According to Josh Geballe, the state’s chief operating officer, 71 of those fatalities were reported in the last 24 hours.

In addition, 1,308 patients have been hospitalized. 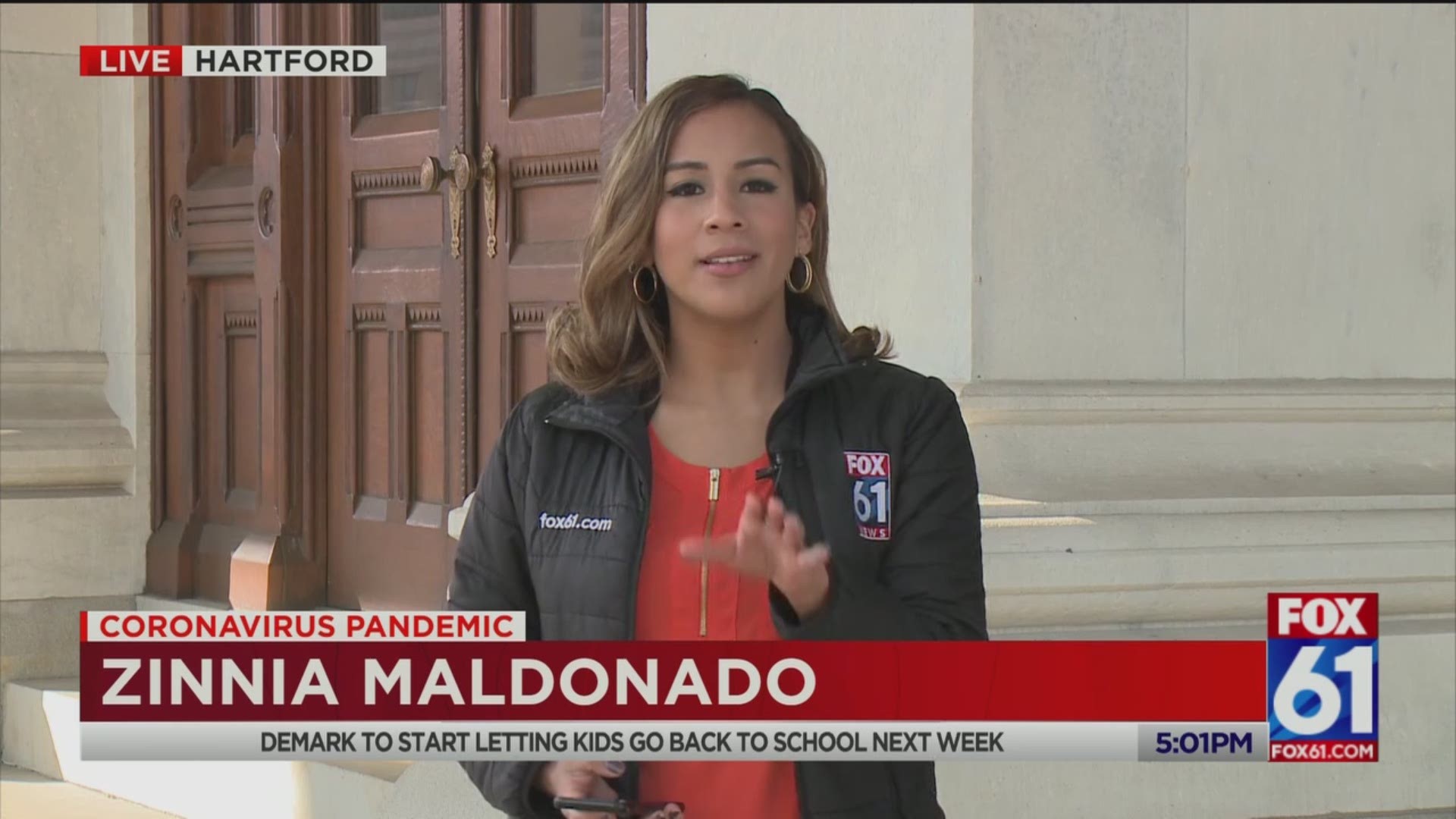 Gov. Lamont went on to say, “The fact is, 87 hospitalizations, we’ve averaged about 90 or so over the last five days. Five days does not make a trend…but five days is five days and the week before that there were about 102 hospitalizations. So, at least we can say we seem to be flattening out.”

Gov. Lamont said that gives hospitals more capacity and more time to plan to make sure there are enough ventilators and ICU rooms, but it is not time to let our guard down.

“It means that peak may be somewhat mitigated only thanks to your strict social distancing… This is no time for “Happy Days Are Here Again,” when FDR was singing that song and then we had a second recession, depression,” Gov. Lamont said.  “We’re not going to let that happen here, we’re going to focus like a laser beam on making sure as we move beyond this COVID crisis, we do in a thoughtful, safe way.”

The governor also announced an emergency order regarding a safe work place including within the manufacturing and defense industries in the state.

“We’ve got thousands, and tens of thousands of people working making subs and jet engines. As we talked about before, these are defense industries where we have to keep people there, not to mention the private manufacturing” said Gov. Lamont. “That said, we’re only going to do that in the safest way possible. And that’s why we did our safe workplaces order.”

According to Gov. Lamont, workers are being asked to self monitor themselves for symptoms and anyone with a temperature of 100.4 degrees or higher should not report to work.

In terms of testing, the governor said he recently spoke with the CEO of CVS.

“I was recently just on the phone with Larry Merlo, he’s the CEO of CVS, and talking about the CVS testing protocol along with the 15 minute Abbott Lab test.  He’s got that going in Rhode Island and Massachusetts and next up is Connecticut,” said Gov. Lamont.  “That will allow us to broaden the mix of test in a dramatic way, and allow us to do the randomized testing that gives us a better idea of what is going on statewide, and then also with the plasma testing, the anti-body testing, we’ll be able to focus on those key groups that are getting back to work and make sure its safe for them to get back to work.”

Commissioner Beth Bye from the Office of Early Education also announced a new program – CT Cares for Childcare.  Using funding from the federal government, extra money will be sent to childcare programs that have stayed open. (LINK: https://www.ctoec.org/covid-19/ct-cares-for-child-care/)

“Those are specific funds from the federal bill that are sending extra funds to programs that have remained open,” said Bye. The funding is available for both public and private programs.

“There are bonuses or funding from $850 a month to $1200 a month to help support some of the extra costs of being open during the pandemic,” Bye said.