According to the governor, 39% of the state’s nursing homes have reported infections.

HARTFORD, Conn. — Governor Ned Lamont, joined by officials from the Connecticut Department of Labor and Department of Health, updated the public on the state’s response to COVID-19 Wednesday afternoon.

According to Governor Lamont, there have been 49 additional deaths reported, bringing the number of fatalities in the state to 326.  An additional 110 patients have been hospitalized, bringing that total to 1,418.  Governor Lamont said he could not supply the latest numbers on positive cases or tests performed, because he is waiting for that information to return from out of state labs.

According to the governor, 39% of the state’s nursing homes have reported infections.

Governor Lamont and Barbara Cass from the CT Dept. of Health fielded a number of questions on the state’s nursing homes, including from FOX61’s Matt Caron.

“Governor, I want you to know I’m asking this question on behalf of the family of Johnny Johnson, who says they were contacted by Golden Hill nursing home in Milford to be told that their loved one was dead of COVID.  They didn’t even know he was sick,” said Matt Caron. “I’m asking the question on behalf of the family of Barbara Jackson who was rehabbing from successful hip surgery at Golden Hill and now she’s fighting for her life on a ventilator.  And I’m asking the question on behalf of an anonymous family who was allowed to say goodbye to their dying loved, but they claim they weren’t given the proper PPE to keep themselves safe while they were visiting.  They claim their loved one was misdiagnosed with pneumonia, and now they’re jumping through hoops just to get the death certificate changed.  They all told me the same thing: they’re looking for communication and transparency from the state.  What will you do to make sure these grief-stricken families get those specifics that they deserve?”

Governor Lamont replied, “They do deserve that.  The nursing homes and patients should be in daily contact…nobody stands in the way of that, we’re just stopping the physical contact.  I’m afraid I was strict on that going back early on.  I didn’t want visitations in and out of the nursing home because we wanted to make sure everything we could to make sure we had fewer infections there.  We saw what happened in Kirkland, Washington… Families are in regular contact, just not face to face contact every day with their loved ones, and if we have not been as good as we could’ve been in dealing with those families, and getting them the information they needed when they needed -- then we’re going to do better.” 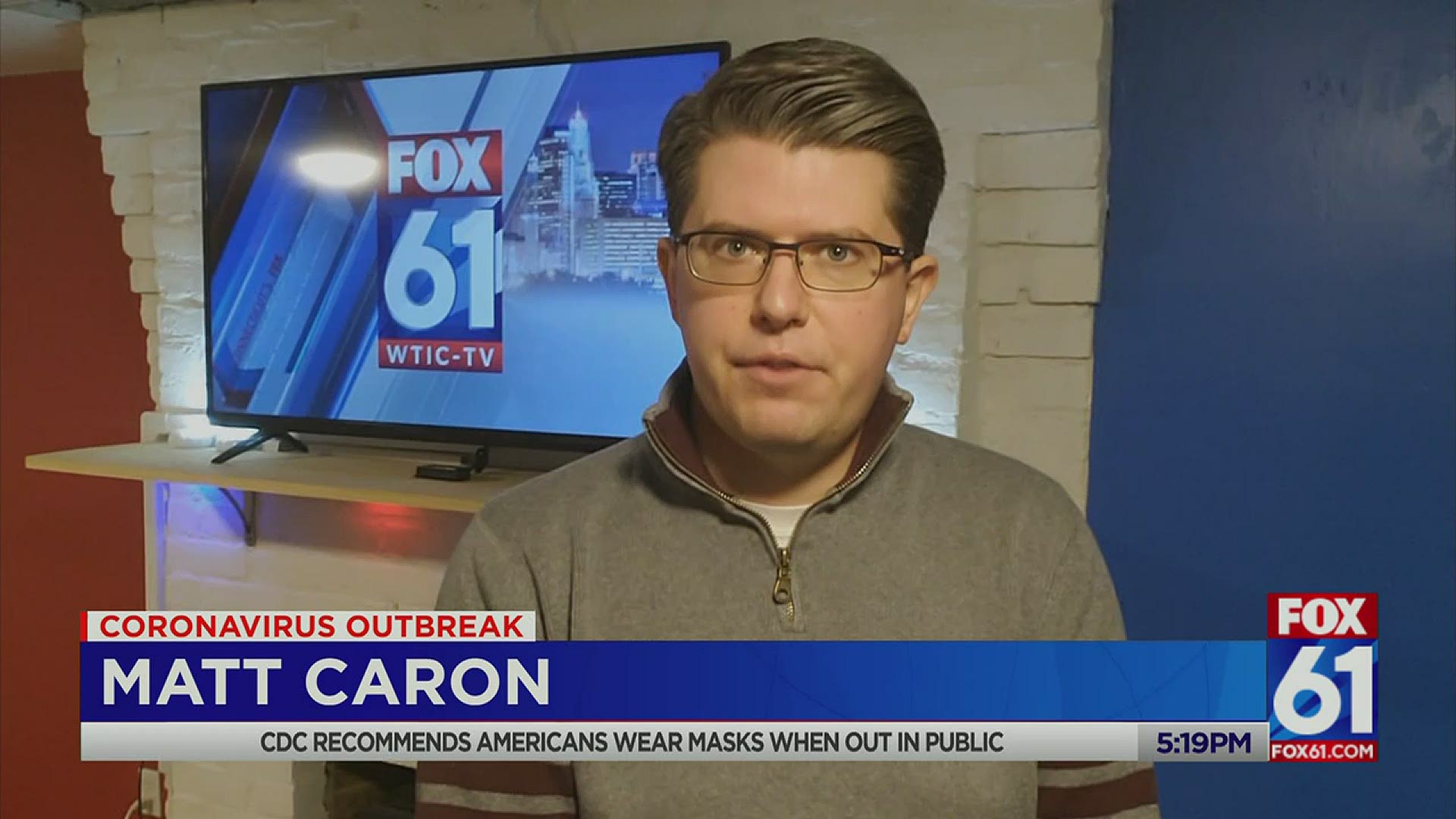 “We do have an open investigation at Golden Hill, so I’m very limited to what I can speak to,” Barbara Cass said. “I do want to reinforce that if there are concerns and family members are not feeling that their needs or their loved ones needs are not being met, we want to know about it at the department.” 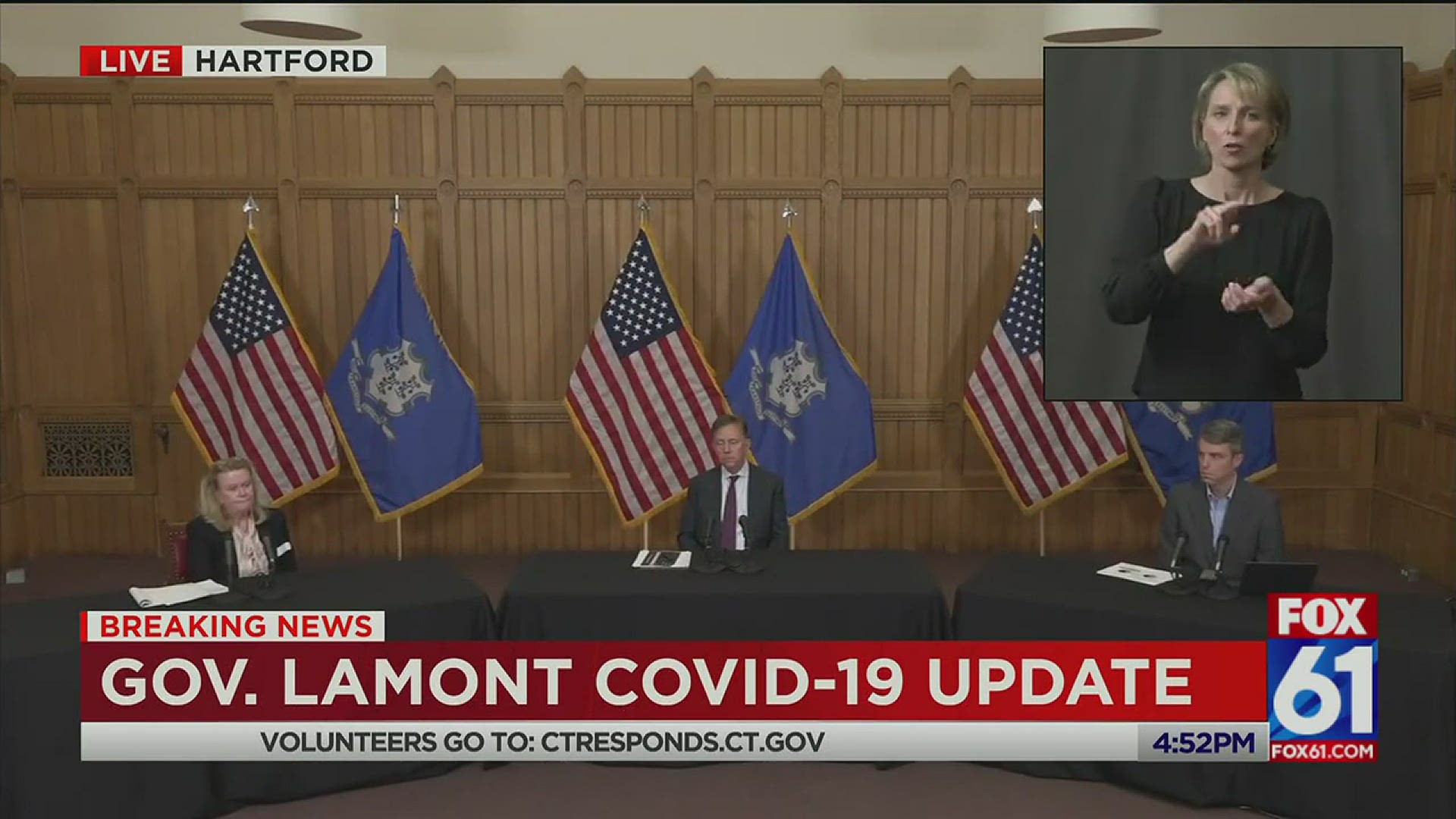 The commissioner from the CT Dept. of Labor, Kurt Wesby, also answered questions on the surge of unemployment claims.

“We understand it’s a financial crisis when any individual is laid off, and we at DOL are doing everything in our power to manage this tsunami of claims that have been submitted so please be patient,” Wesby said.  “Once processed, they will include retroactive payments.”

Wesby said since March 13th, 302,000 claims have been submitted.  He said that is two years' worth of normal claim activity in just one month.

He said they’ve quadrupled staff from 20 workers a few weeks ago, to more than 80 on Wednesday.  Employees are also working overtime and on weekends.

“As a result of that, we’ve processed 10 times the normal weekly load that our processors would normally process,” Wesby said.

“We introduced a technical fix #1, where we emailed applicants who had already submitted their claims – to resubmit their claims through what we have in our system as a temporary shutdown file which is completely automated,” Wesby explained. “That yielded another 40,000 more processed claims. But that still was not enough, so we’re working on another technical fix, Plan B we call it, which will basically force claims into the automated process and we’re testing that right now.  We hope to seriously reduce the backlog with this intervention. Timeline on this is hopefully days and if that works, we’ll be able to convert a huge amount of those claims relatively quickly.”

Wesby says, in the meantime, new filers or people who plan to file in the future should head to this website and click on the blue link that reads, “for quicker payment of unemployment benefits please follow this tutorial.”