Gov. Lamont to sign an executive order for renters assistance, extend social distancing restrictions to at least May 20 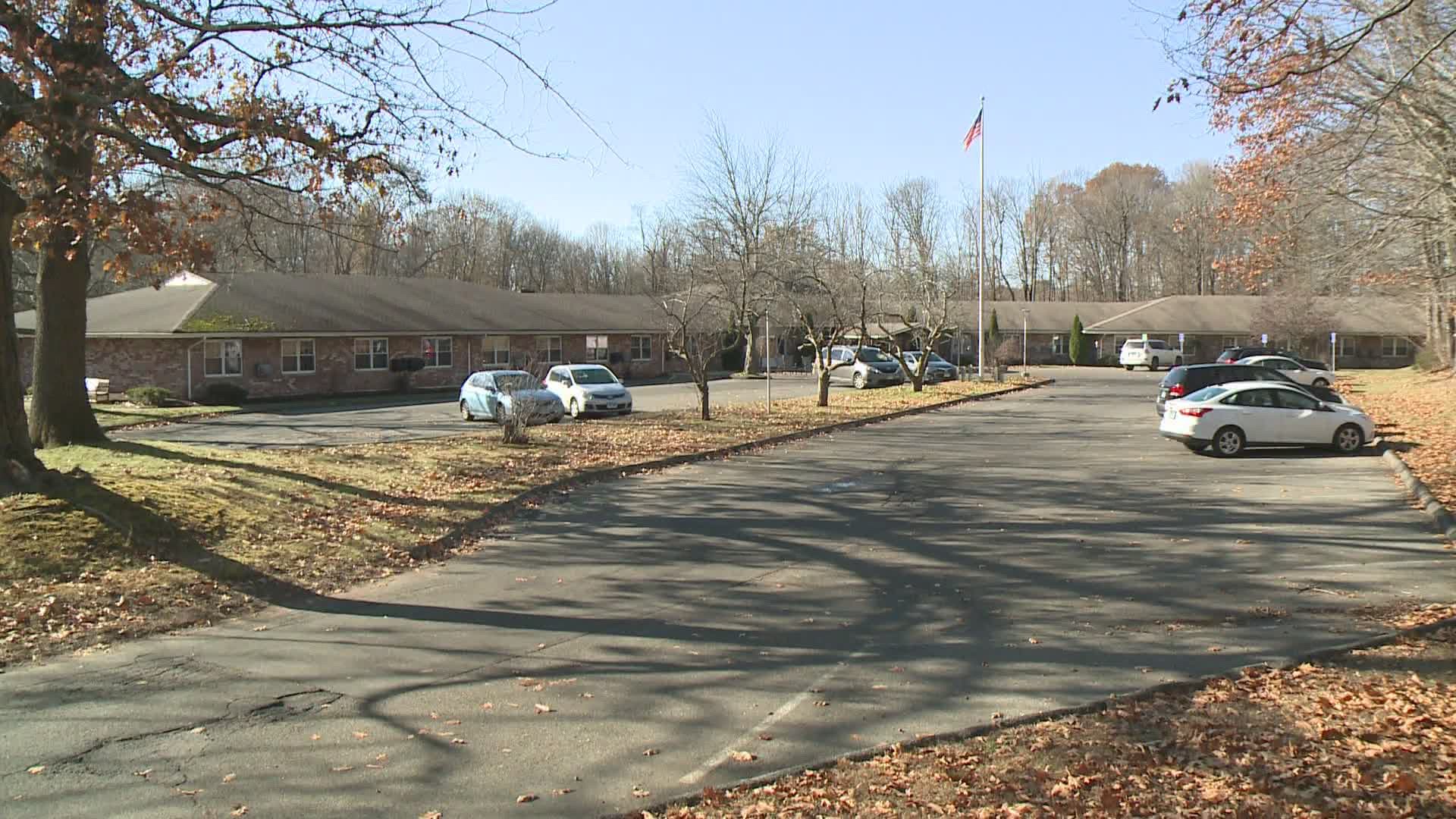 “Now is not the time to take our feet off accelerator,” Lamont said as the state continues its efforts to slow the spread of COVID-19.

In the press briefing, the governor said the coronavirus is “a war that is never won.”

“It’s a war that we have to figure out how we wind it down in the safest way possible for people,” Governor Lamont said. “I know the urgency to get back to your everyday lives, but I’ve got to urge you one more time -- now is no time to take your foot off the accelerator, now is no time to relax the social distancing.” 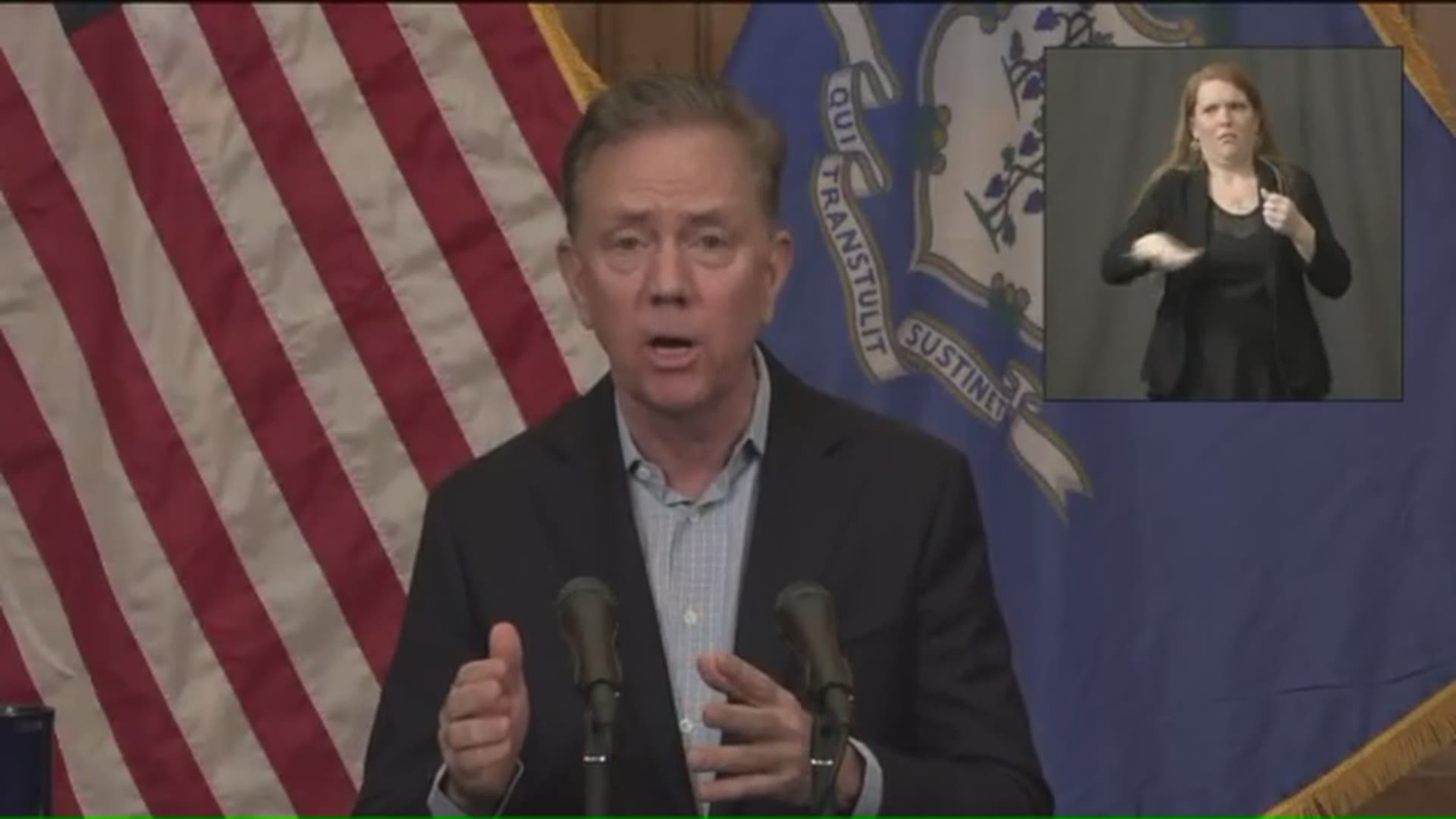 The Governor’s Office also announced two executive orders that will likely be signed Friday. The first is set to help renters.

“Landlords will not be able to issue a notice to quit or serve summary notice, basically eviction proceedings, before July 1st,” said Paul Mounds, the governor’s Chief of Staff. “Except for serious issues of nuisance or harming that incurs between the tenant and the landlord.”

According to Mounds, there will also be an automatic 60-day grace period for renters in the month of April.

“On the May rent, there will be a 60-day grace period upon the tenant’s request to their landlord. The tenant will have to notify their landlord that they have lost a job, lost hours, or otherwise lost revenue or significantly had increased expenses as it dealt with because of the COVID-19 pandemic.  In addition, as it deals with security deposits… if it has been paid of more than one month’s rent, it can be applied to all or part of their April, May or June rent.”

Governor Lamont said doing something for the renters was very important to him.

“They’re the ones just as likely to have lost all sources of income. We worked very closely to get this Executive Order out that at least gives people a 90-day break,” Governor Lamont said.

When asked about the potential hit landlords could take as a result of this Executive order, Mounds explained there were various assistance programs already available. 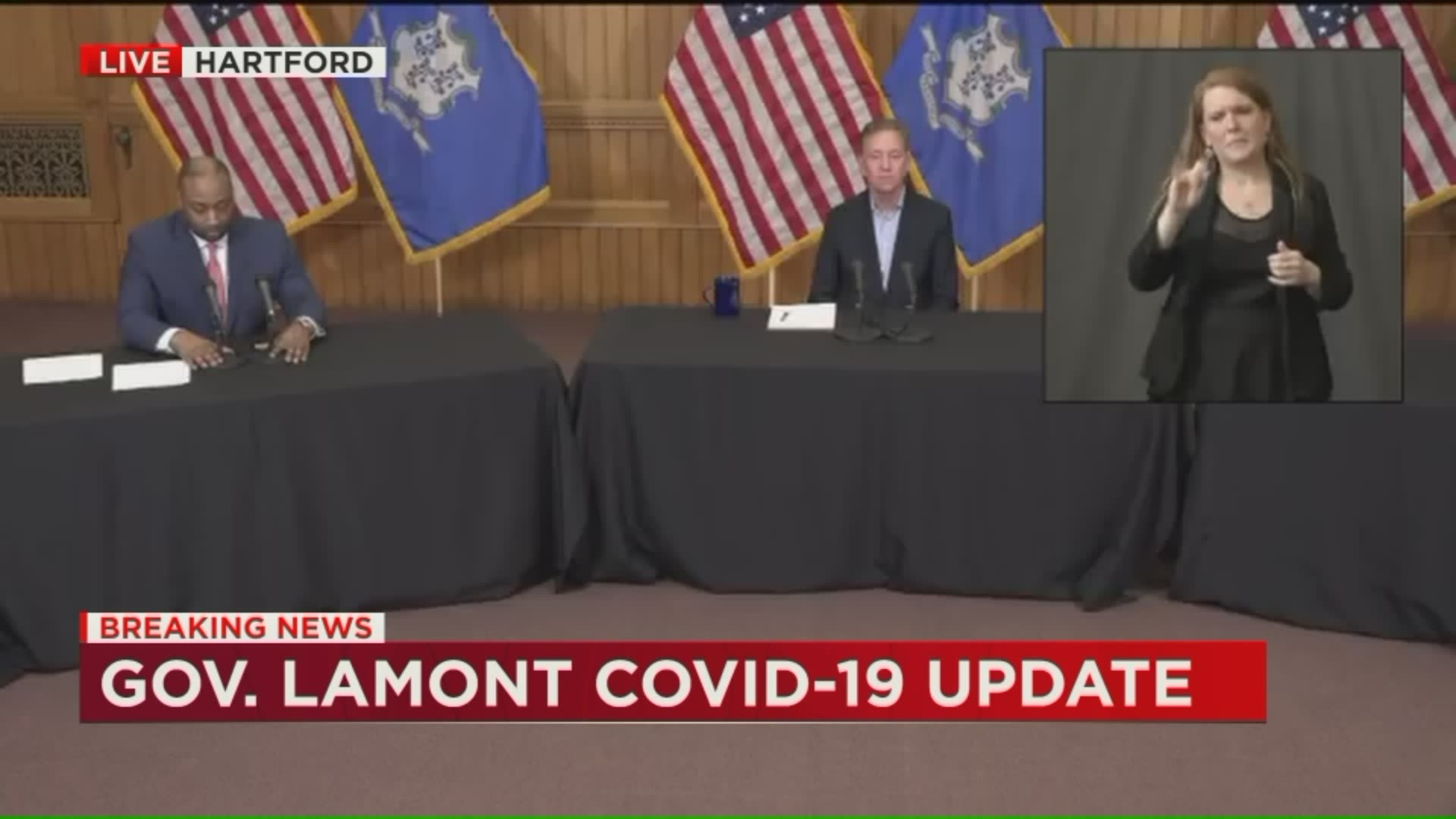 Mounds says there will also be an Executive Order put out Friday to extend social distancing measures for non-essential businesses like bars, restaurants, malls, and gyms to at least May 20th. 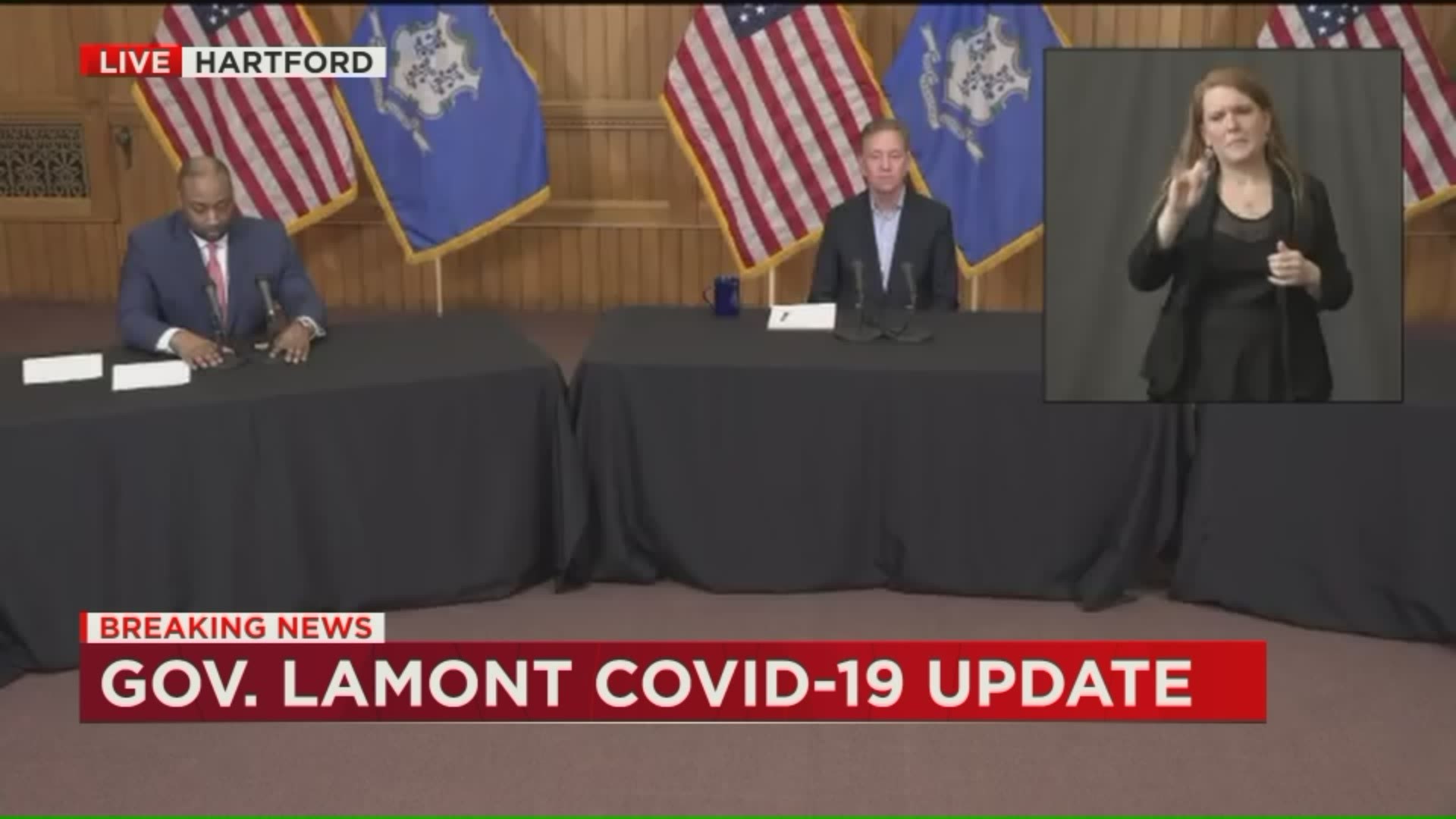 Dr. Deidre Gifford, the commissioner of the department of social services, was also at Friday’s briefing. She said her office is processing a spike in SNAP applications.

“Since February, our daily application volume has approximately quadrupled,” said Commissioner Gifford.  “So, we are seeing lots of new interest in the program.”

With the increased interest, Commissioner Gifford said there are longer wait times on the phone lines.

“I want to assure the public we’re doing everything we can to increase the capacity of our team.  We’ve transitioned hundreds of workers to telework,” said Commissioner Gifford. “We are still processing and getting our benefits out in a timely fashion, and we’re working very hard to bring down those wait times on the phone.” 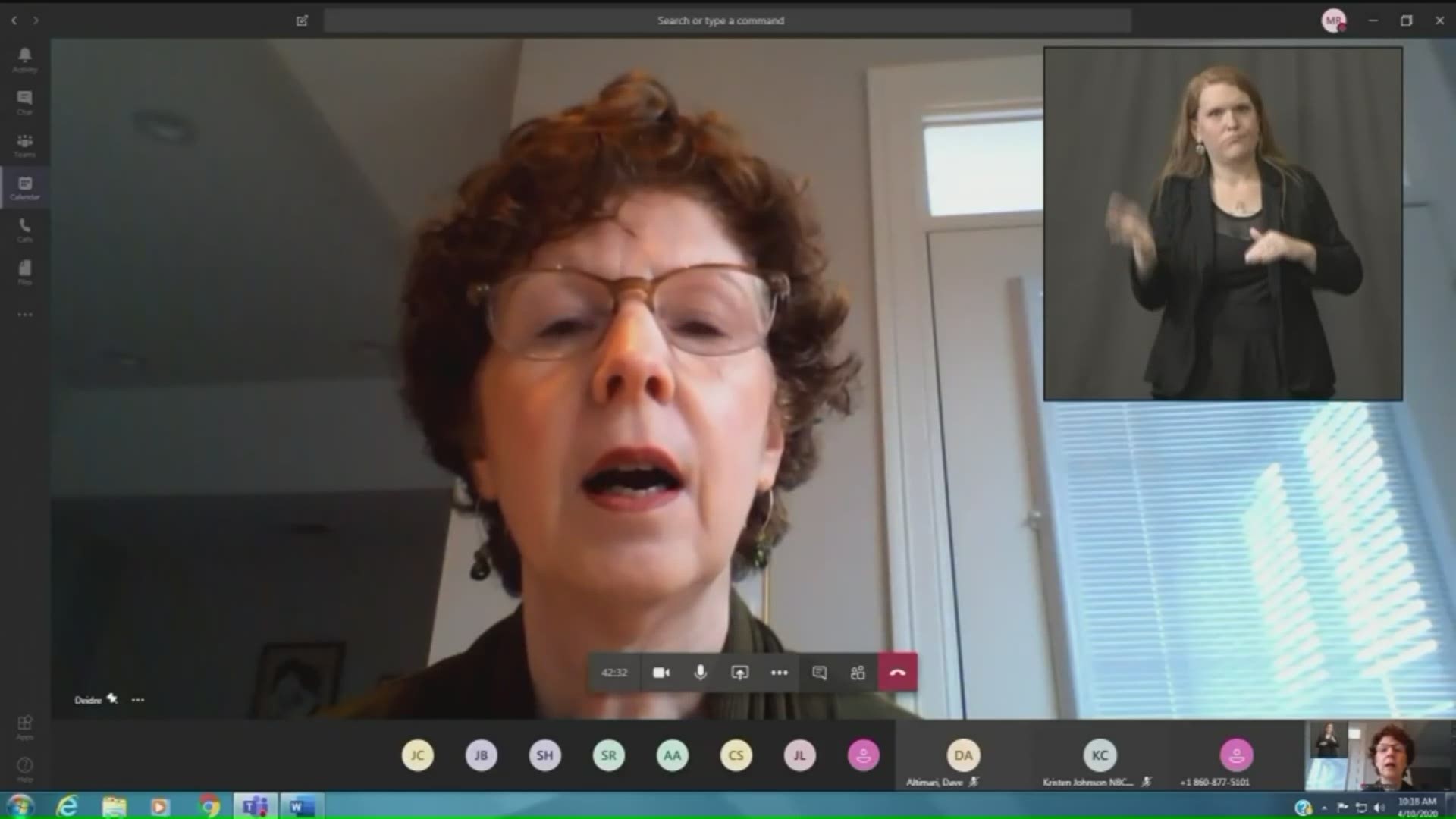 Governor Lamont also addressed the presidential primary in Connecticut, which is scheduled for June 2nd.

When asked if he plans to take any action to cancel it, Governor Lamont replied, “I hope not. I think that sets a bad precedent.”

He said the state has several options, including moving it to July or voting by mail.

“The Secretary of State thinks this may be a good time for voting by mail.  That’s got some controversy here in the building. So, there are a couple of options we have, but I think just cancelling the primary is not the right way to do it,” Governor Lamont said. 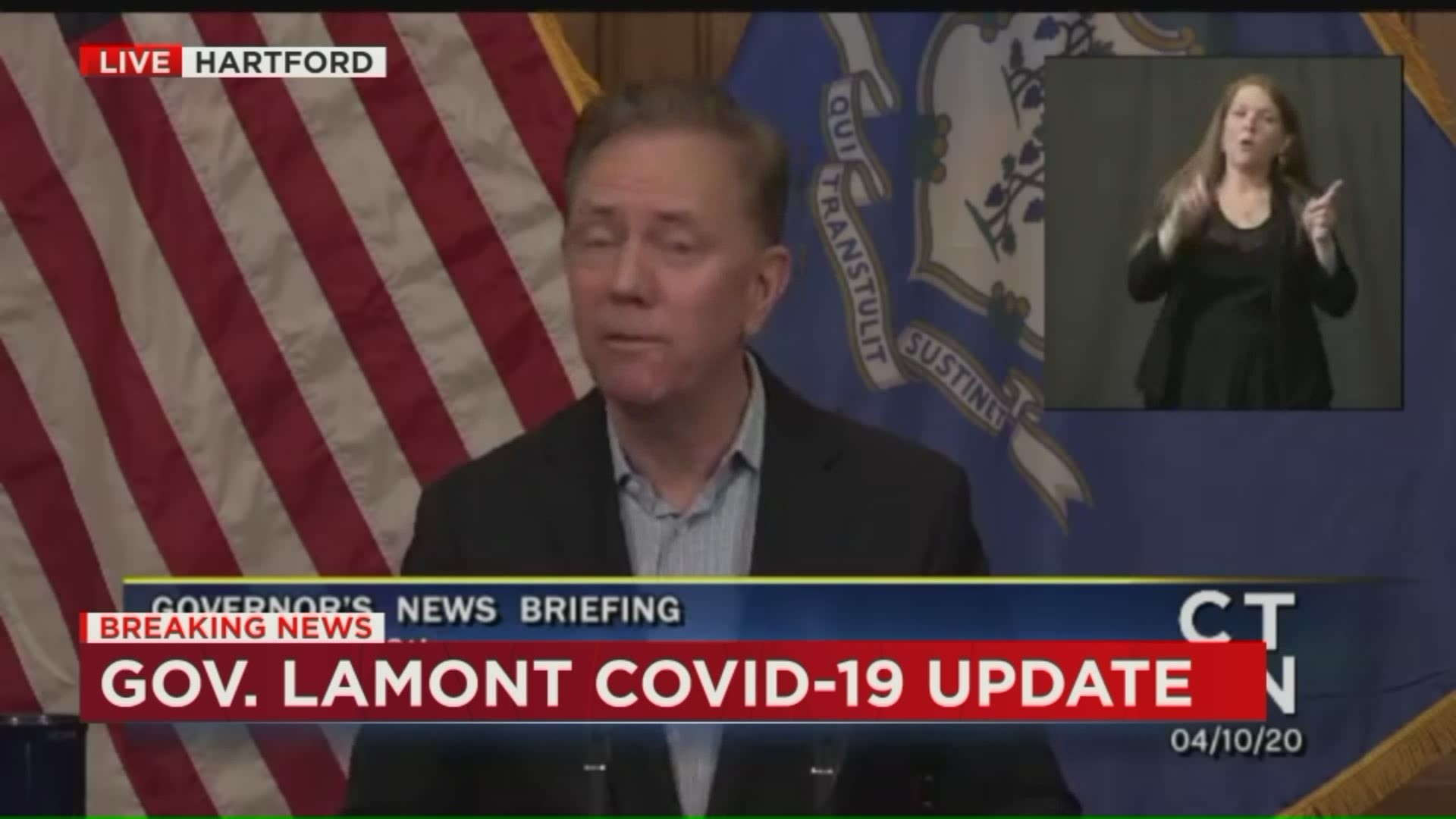 Lamont also expressed how proud he was of CT's legislators working together to fight COVID-19.

"This has been a non-partisan pandemic," he said Friday. 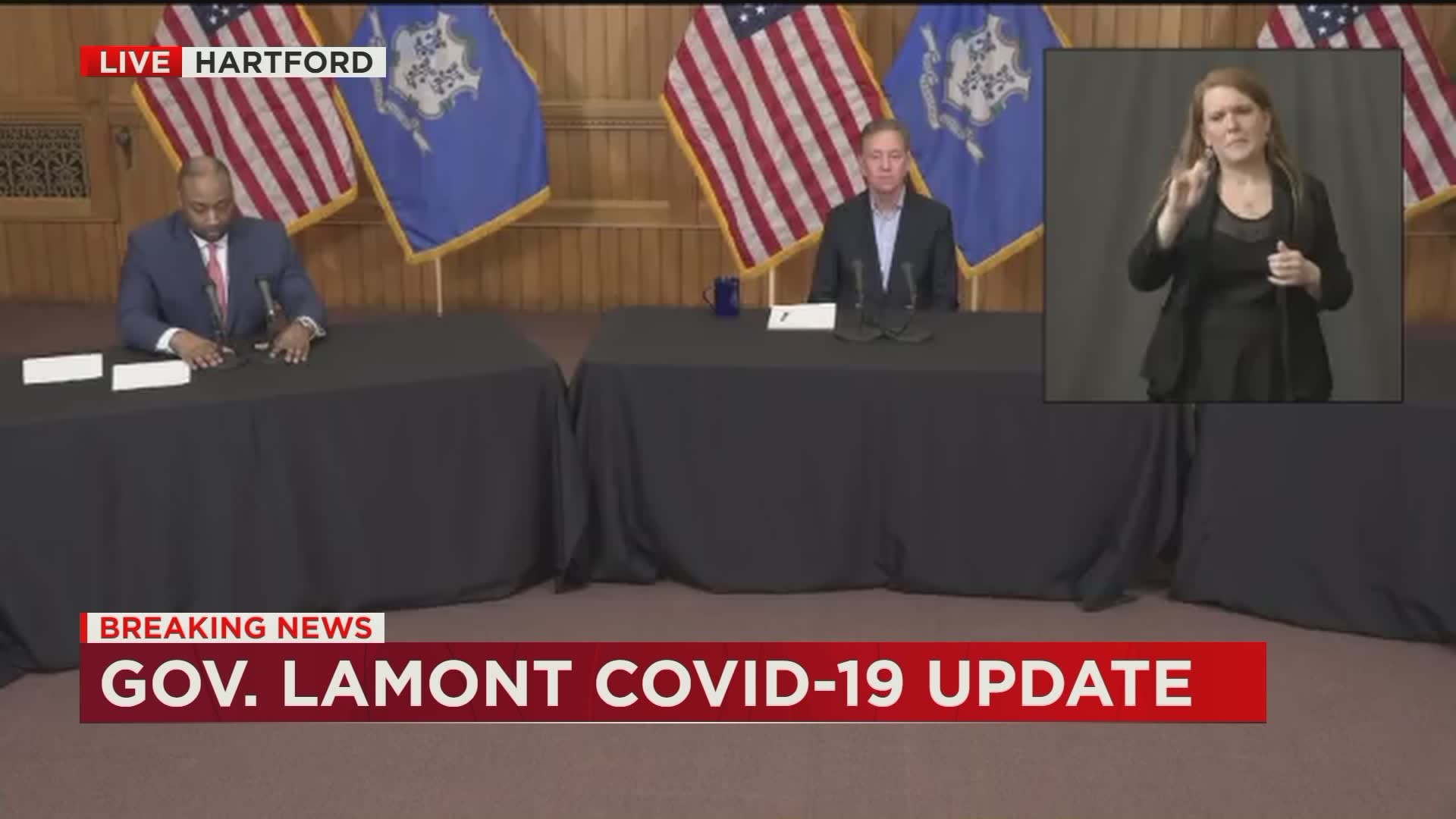 Thursday afternoon, Gov. Lamont announced that schools in the state would remain closed at least until May 20.

Connecticut officials said the decision to close schools in the state until at least May 20th was not one that was made lightly.

Speaking at a press briefing Thursday afternoon, Gov. Lamont and Education Commissioner Miguel Cardona explained the factors that went into the decision.

“This decision has not been made lightly and it helps protect the valuable lives of not only our students, but our dedicated staff, and the hero health care workers that are working really hard to try to keep us healthy,” said Commissioner Cardona. “If students are sent to school prematurely, we could be sending them into harm's way.”

Commissioner Cardona did announce students in the class of 2020 would have graduated.

“You deserve it, you worked hard for it, and you will get it,” Commissioner Cardona said. “The governor and I, along with our dedicated educators, are committed to this.”

Commissioner Cardona said all high school superintendents and principals are already planning what it might look like if classes are canceled through the end of the year.

RELATED: Health Officials say "this is good" when it comes to a delay in the COVID-19 peak set for late April

Fairfield has the most people confirmed with COVID-19 with 4,882, most hospitalizations with 664 and 178 people have died who are from that county. New Haven and Hartford County are second and third respectively in number of positive cases, hospitalizations, and deaths.

For more information on the people impacted by COVID and the new executive orders signed by the Governor today, click here.