Governors from other states claimed they are getting outbid on supplies. 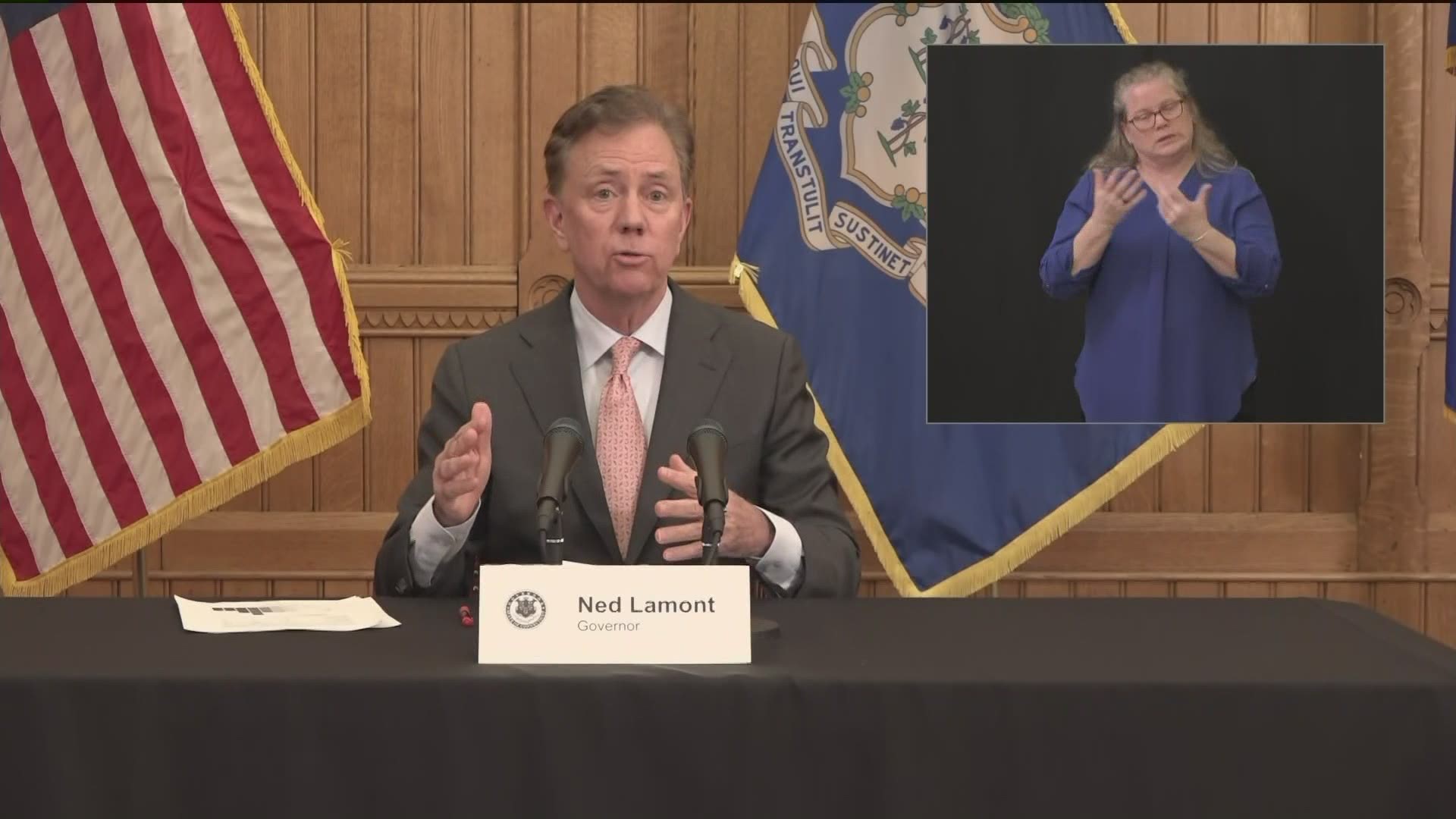 HARTFORD, Conn — Governor Ned Lamont said he is doing his best to get more personal protective equipment for front line workers but is dealing with a delay.

"A lot of equipment was scheduled to arrive right now and some of it has been pushed back. The thermometers until next week. 3,000 thermometers. Very important because that's the way to self test people," said Lamont.

Lamont said the orders for personal protective equipment are coming from reputable vendors and he is working in conjunction with Rhode Island Governor Gia Raimondo to get PPE.

Governors from other states claimed they are getting outbid on supplies.

Lamont highlighted Connecticut's tribes which have donated over one-million surgical gloves to the state.

Ventilators have also been in high demand. Chief Operating Officer Josh Geballe said the state has asked for 1,500 of them but has yet to hear back.

So far, there are 932 ventilators across Connecticut's hospital system which is not enough for the projected peak that is forecasted to come during the second week of April.

"This is life or death for some seniors, so it's imperative to do everything we can to catch up on that and make sure our manufacturers are doing this 24/7," added Lamont.

RELATED: 'I am running out of patience' | Gov. Lamont sounds off on the idea of health insurance premium extensions

There are hospitals in the state who are exploring putting multiple patients on one ventilator in case there is a shortage.

Geballe also said the state has identified a couple of local companies that may be able to manufacture ventilators locally. However, he said what is available now are hospital beds.

"We have just over 6800 beds available. Hospitals have been doing a fantastic job. they're working to clear patients out to get more beds available. We still have a small percentage. 15-percent  of the beds are positive Corona cases or test results that haven't come out yet," said Geballe.

President and CEO of Hartford Healthcare Jeffrey Flaks commended the collaboration efforts of the hospitals across the state as well as Trinity College for offering up their space.

"We're using their gymnasium facilities, we're using some of their food preparation areas and we have commitments to their dormitories," said Flaks.

Towards the end of the news conference, Lamont got word President Trump signed the 2.2-trillion dollar federal Coronavirus Relief Bill into law. The bill would promise cash payments to businesses, healthcare systems and individual residents.

"I think you can count on that probably in the next three plus weeks, count on it and we'll see! show me the money," added Lamont.

The governor also took another chance Friday to tell people from New York to stay home and if they have property in Connecticut to self-isolate.

New Yorkers are advised to take their temperature before traveling to Connecticut so they do not put their friends or neighbors at risk.

Lamont said to expect more executive orders soon and new numbers will be released on the number of people who have covered from Coronavirus in the state.