Fairfield County has the most cases followed by New Haven 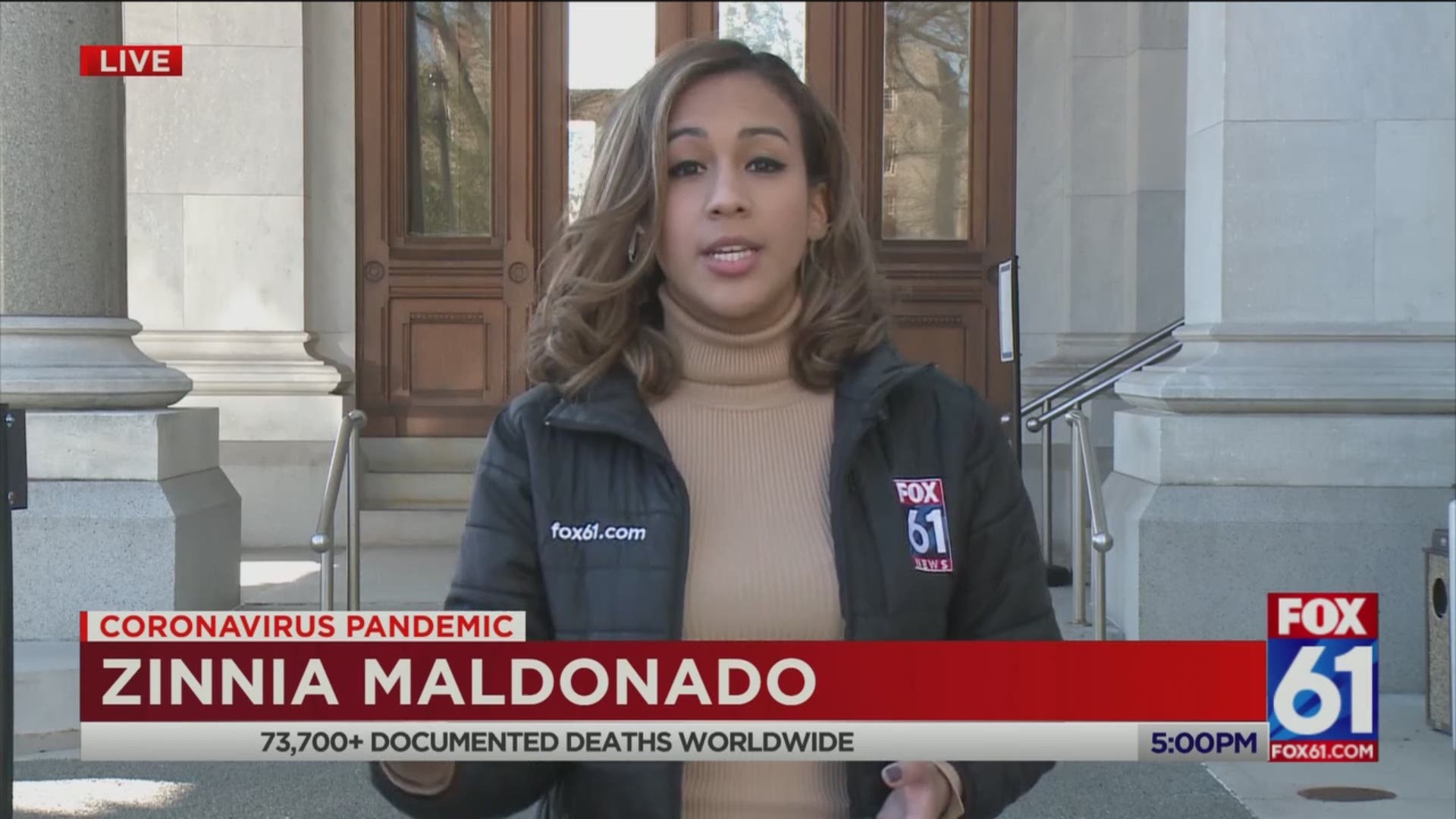 HARTFORD, Conn. — Governor Ned Lamont announced Monday that 1,231 people have tested positive for the coronavirus, bringing the state total to 6,906. Of that number, 206 people have died.  Fairfield County has the most cases and death with 3,719 and 101 respectively, followed by New Haven with 1,468 cases and 41 deaths, and then Hartford County with 882 positive cases and 31 deaths. 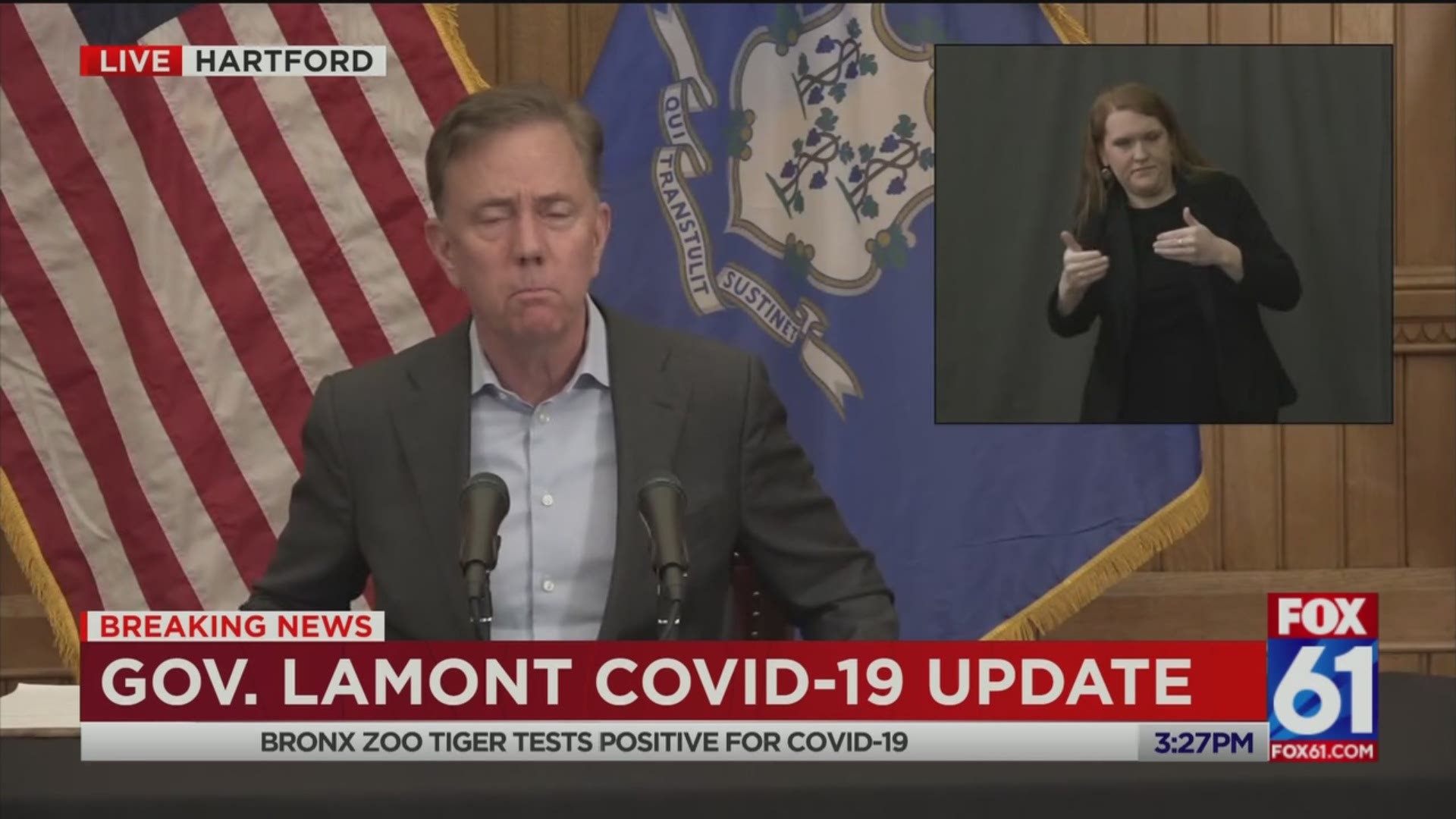 The governor also shared updates on the homeless and inmate population. In an attempt to keep those who are homeless and have COVID-19 quarantined, 1,500 beds spread throughout 14 hotels in the state have been created. The Department of Corrections reports that the number of staff members that have tested positive for COVID-19 stands at 32 with 21 inmates testing positive. 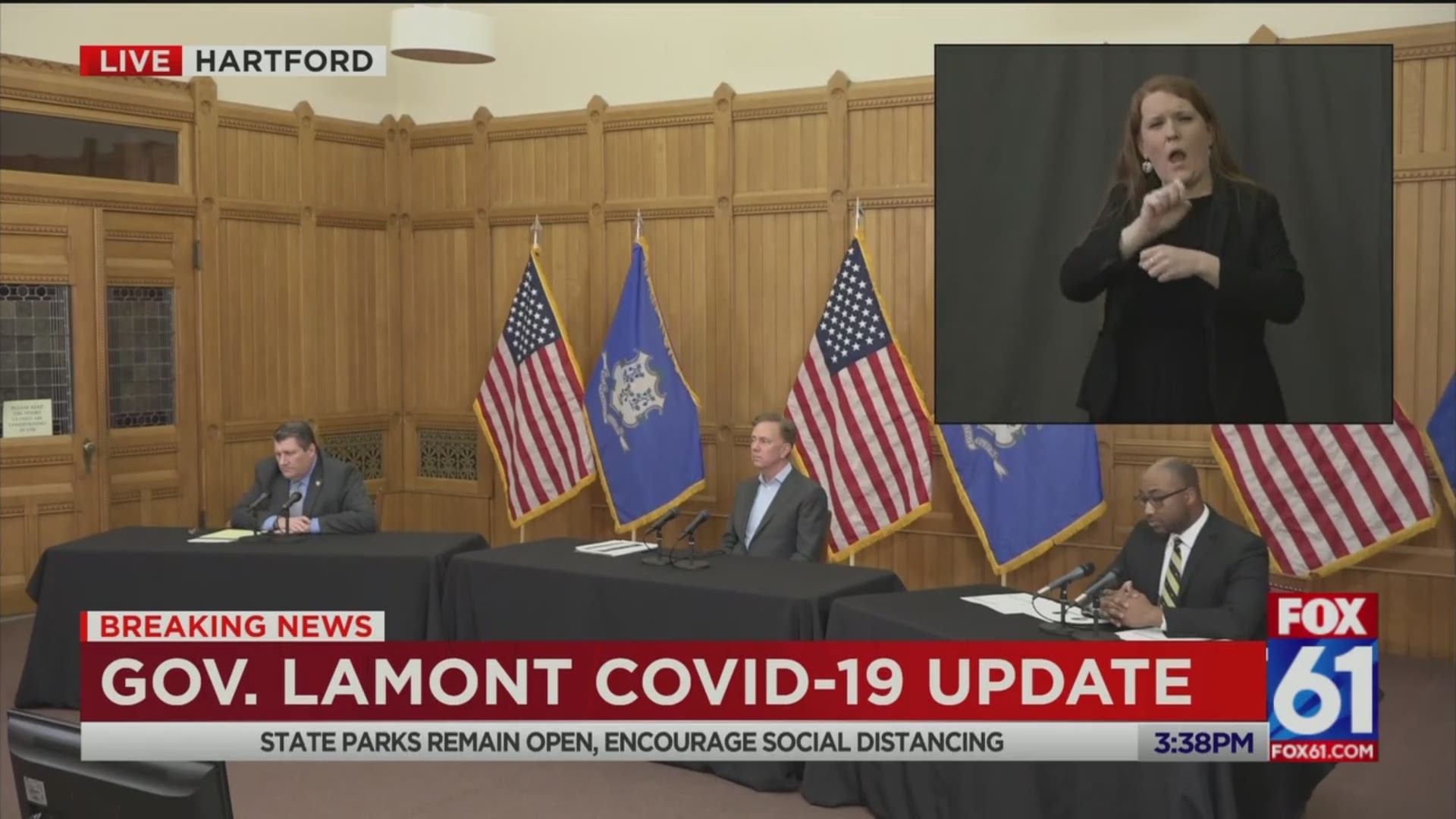 FOX61 received a viewer question about filing for unemployment and a delay in hearing from the Department of Labor, which is a similar situation for other residents. Lamont responded by saying they're continuing to add more workers and are attempting to handle claims as soon as possible.

To view graphs and tables containing data from Monday's briefing, including a list of cases in every municipality and data broken down by age, gender, race, and other factors, visit ct.gov/coronavirus.

RELATED: Millions of Americans will soon get stimulus checks. But here's who won't.