Governor Lamont speaks on flattening the curve and Connecticut's progress

Lamont stressed the importance of hospitalization numbers across the state. 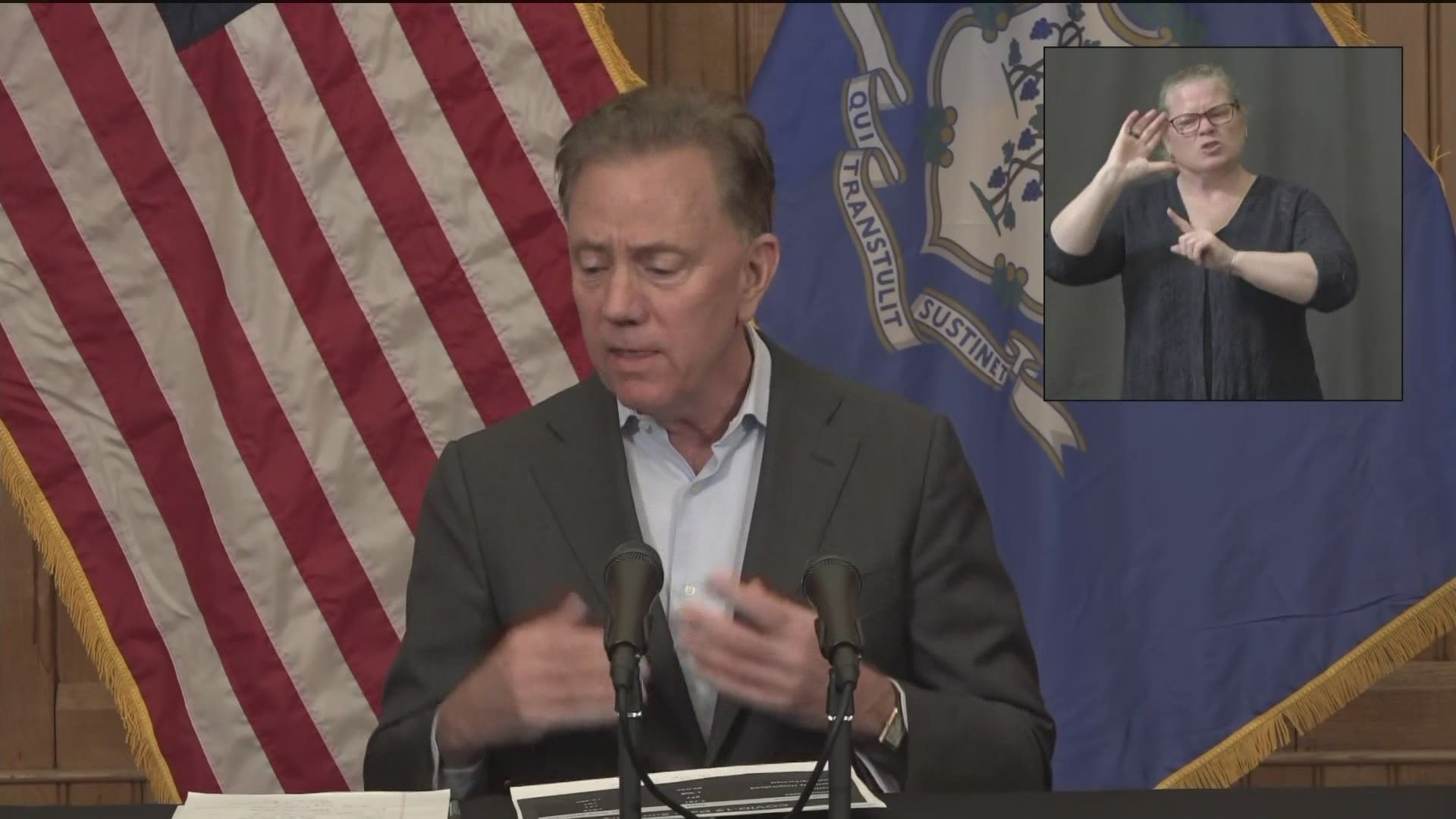 HARTFORD, Conn — Governor Ned Lamont shared a number of updates Tuesday afternoon, including new testing coming to Connecticut and steps they’re taking to get people back to work over the next couple of months.

Lamont stressed the importance of hospitalization numbers across the state.

Lamont said the state has averaged about 90 hospitalizations a day over the past five days and last week that number was about 102 a day. He said the decrease in numbers shows the curve in Connecticut appears to be flattening out giving hospitals more time to plan ahead.

“At least we can say we’re seeing things flattening out and what does that mean? That means we are giving our hospitals more capacity, more time to plan, and more time to make sure we have ventilators and ICU rooms,” Lamont said.

It also gives reason to begin planning on how people could get back to work---which means more testing.

Bristol Health is now limiting it's testing center to 40 tests a day due to limited supply, but Lamont said help is on the way after talking with CVS about bringing a 15 minute Abbott test to Connecticut. FOX61 has learned that Connecticut has an Abbott test kit deployed at Stamford Hospital.

“I was just on the phone with Larry Merlo, he is the CEO at CVS, talking about the CVS test protocol along with the 15 minute Abbott test and he got that up and running in Rhode Island, Massachusetts and next up in Connecticut,” he said.

Lamont said new testing – such as blood antibody tests -- could be used to identify those who have built up an immunity to COVID-19 and would be able to return to the workforce.

Joining Lamont during the presser was Office of Early Childhood Commissioner Beth Bye- who said the state now has childcare options open at 29 hospitals for healthcare workers.

“We are constantly monitoring demand and supply, so we currently have a supply in Connecticut, there are still spaces and we’re constantly checking that,” Bye said. “We’re working to be ready for a surge, we anticipate increases and demand, so we’re ready for that.”

Bye also said the state is well aware that child care facilities are going to need help re-opening and are working on distributing federal funding and information to these businesses. She urged anyone in need of immediate childcare to visit the 2-1-1- childcare website for help finding current child care options. Click here for the website.

You can receive statewide COVID-19 text alerts to your cell phone by signing up for the CT  Alert System here.