New data includes a look at how COVID-19 cases are affecting the minority population. 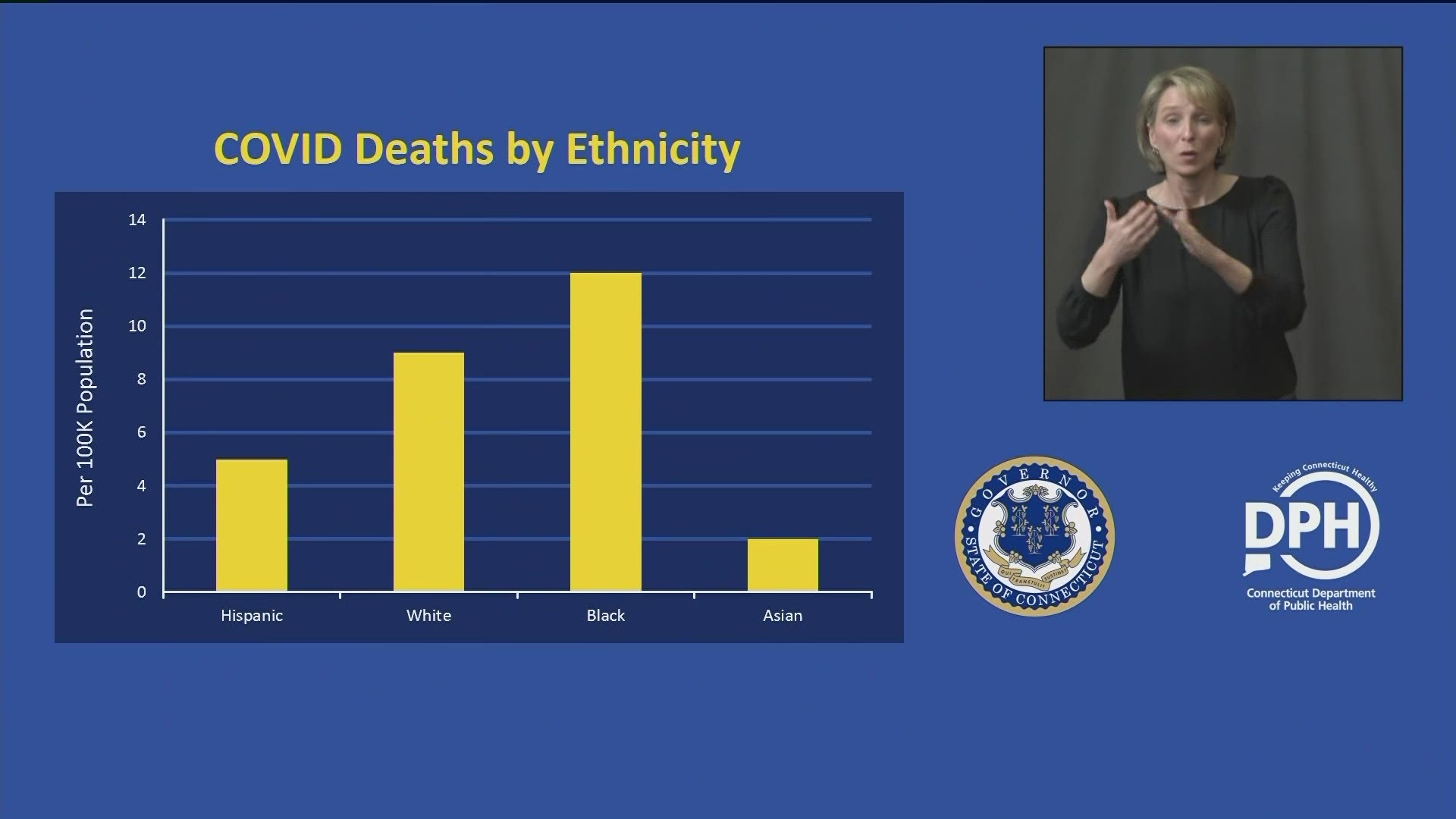 Governor Ned Lamont shared a number of insights during his Wednesday afternoon news briefing, including a breakdown of COVID-19 cases by ethnicity for the first time and an update on how the department of labor is handling the rise in unemployment claims.

New data includes a look at how COVID-19 cases are affecting the minority population, showing African Americans are twice as likely to contract COVID-19 --and Hispanics not far behind-- when compared to the white population according to Lamont.

Lamont said certain minority groups are more likely to have underlying health conditions making them more vulnerable and points out it is harder to the social distance in urban communities.

“We can do a lot about that,  doing everything we can to expand healthcare coverage especially folks in under-served communities, Medicaid has expanded to 14,00 people, we’re providing a 90 day grace period to for health insurance,” Lamont said.

While some doctors we spoke to said it’s early to rely heavily on data they’ve collected so far.

“We've been looking at these reports and it's concerning as you know and it's still early to know, certainly the fact is recognizing certain minorities, one is not just disproportionately affected but they are also disproportionately dying from the infection,” Trinity Health CQU Dr. Danyal Ibrahim said.

During the conference - the Department of Labor Commissioner Kurt Westby shared an update on how they’re handling 302,000 claims they received since March 13th-  that number typically what they handle over two years and represents nearly nine percent of Connecticut's population.

“Please be patient as we get to your claims,  we've processed 132,000, yet there remains 170,000 outstanding that we are getting out as fast as we can, all while using our 40-year-old COBOL computer system,” Westby said. “What else are we doing about it? We quadrupled  staff, we’re working overtime and weekends, as a result, we've processed ten times our normal weekly load.”

According to the Department of Labor, if you are a new filer and submit your unemployment claim on their website, http://www.ctdol.state.ct.us/UI-online/Index.htm, you can expect quicker payments.