Gov. Lamont outlines plans for schools in the fall focusing on in-class learning and hybrid model

It was announced yesterday by the administration that after briefly rising to 1.2%, Connecticut's positivity rate fell back under 1%.

HARTFORD, Conn. — As the state dips back below a one percent infection rate, Governor Ned Lamont held a press briefing Thursday afternoon, that focused on education in the fall.

Lamont said he feels in classroom learning is the best way for students to learn, but systems should be offering a hybrid model, with both inclass and online learning to students.

If a school system was looking at the numbers in their community with concern, they could appeal to the state's Department of Education for a waiver.

Lamont said reopening schools would be based on the numbers of infections and would be constantly monitored and evaluated.

Lamont said that some teachers may not want to teach in the classroom for personal health reasons. He said he understood that and hoped that a system could be worked out with someone in the class and the main teacher online.

It was announced yesterday by Governor Lamont's administration that after briefly rising to 1.2%, Connecticut's positivity rate fell back under 1%.

Ezekiel Emanuel, Vice Provost for Global Initiatives and chair of the Department of Medical Ethics and Health Policy at the University of Pennsylvania said he couldn't see a way sports teams could play next year.

Emanuel said there was also no case to be made for delaying sports, "What's going to be different in January? Even with low rages you could have a super spreader event and that would be problematic."

According to the recent state numbers, 12,367 tests were administered and 79 came back positive. This is a 0.6% positivity rate.

The state's current hospitalizations fell to 53 people and two new deaths were recorded, bringing the toll to 4,425 people.

As of Wednesday, Fairfield and Hartford County are tied with the most confirmed deaths in the state with 10,092 people. Fairfield has more positive cases though, with 17,087 people compared to Hartford's 11,905 cases.

The county with the least amount of cases and deaths remains to be Windham County. This county has 668 confirmed cases and 14 confirmed deaths. 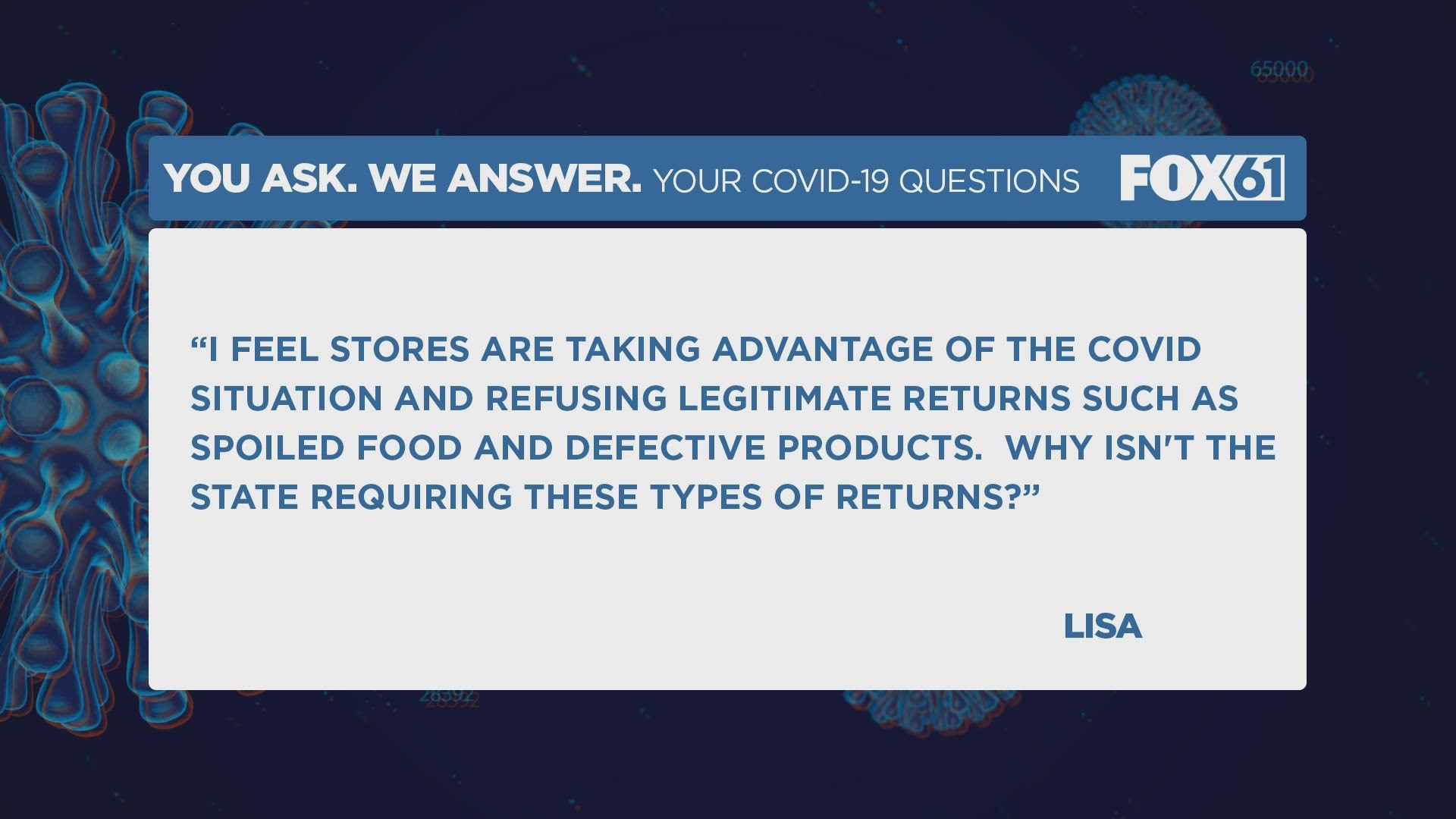