"As of this afternoon, our overall population count has dropped by 727 since the first of March," said Commissioner Cook. 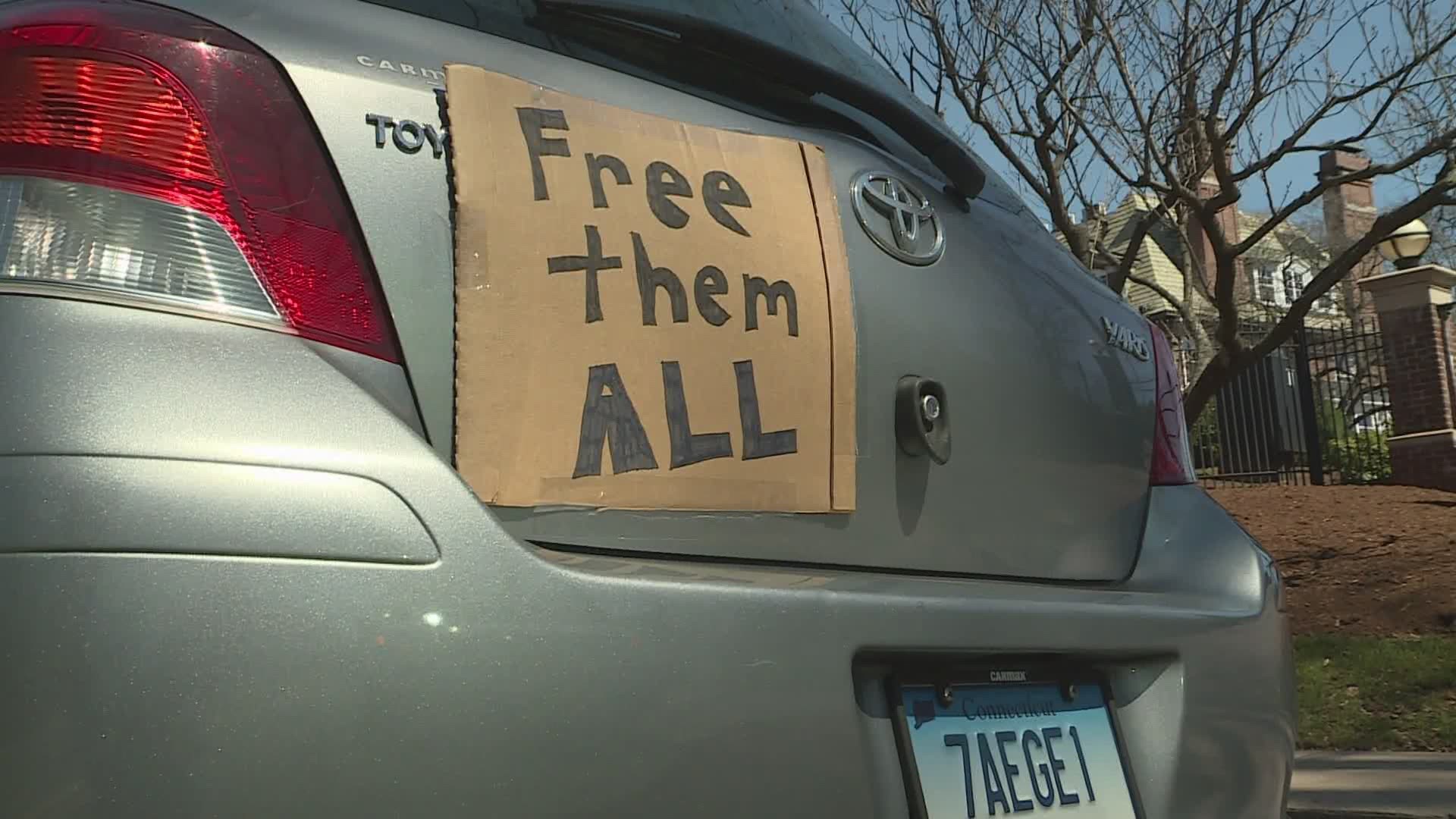 HARTFORD, Conn — The push for safety inside prisons continues. This time activists took their call to action directly to the Governor.

COVID-19 is going to absolutely run rampant throughout the correctional facilities and makes absolutely no sense," said Erin Corett a member of the Katal Center for Health, Equity and Justice.

Cars parked out-front of the Governor’s home honked their horns in protest while social distancing. They called for the Governor to step up and provide more protections for incarcerated citizens. That message was heard loud and clear.

"Let’s talk about it. We don’t need people outside protesting right now," said Governor Ned Lamont. "If you want to talk about it you have my number."

Department of Correction Commissioner Rollin Cook joined the Governor for his daily press briefing just a couple hours after the protest.

"As of this afternoon, our overall population count has dropped by 727 since the first of March," said Commissioner Cook.

A number the Department of Correction says is the largest one month drop in state history and the lowest the prison population has been in 27 years.

"We continued with discretionary releases which include placing people in halfway houses and returning people to their homes with a sponsor under the supervision of an agency parole officer," said Cook.

Governor Lamont says the state is looking at low-risk individuals with minor violations to be considered for release while prioritizing people considered high-risk for COVID-19. They won’t release anyone without a safe place to go.

"It’s already in some facilities. It’s only a matter of time before it gets everywhere else," said Correctional Office Local 387 Union President Sean Howard.

There are 53 positive tests of COVID-19 in the prison, 32 of those are Correctional Officers. Union representatives for CO’s expressed the need for more PPE. They say they are in low-supply and have no N-95 masks at all.

"Our biggest fear is that once somebody gets it it’s going to spread," said Howard. "We just want to make sure that we have the proper equipment in there to prevent the spread."

Howard says the union has purchased 10,000 N-95 masks that they expect to arrive by the end of the week. They have put plans in place to protect their members as well as those incarcerated. The Union is not in favor of releasing more inmates. They feel with proper protection they can limit the threat to those inside as well as the community.

Commissioner Cook says those who test positive are moved to an isolated wing of the prison. They are working on details to open a facility dedicated to those individuals to isolate.