While many people are masking up others believe it's not necessary and impedes on their rights. 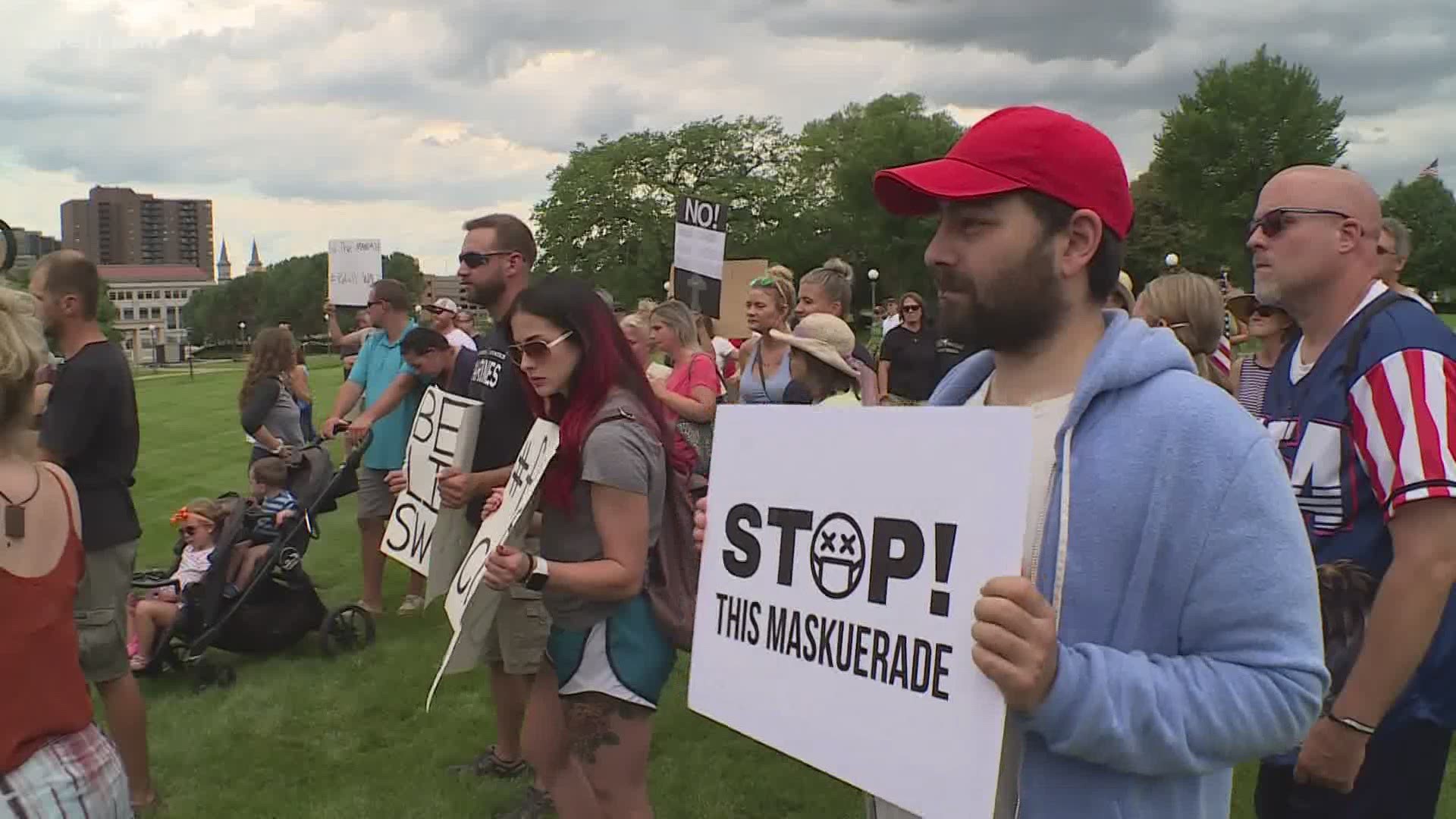 ST PAUL, Minn. — Wrapped in the flag and free of masks, demonstrators gathered elbow to elbow on the state capitol mall to protest Minnesota’s mask mandate.

“If I choose not to wear a mask into a business, that should be my right,” an organizer told the crowd through a bullhorn. “If I want to risk something that’s on me.”

Jim Lahr stood with a small group of protesters nearby. “It’s just a big hoax,” the Ramsey man said of the global pandemic. “It’s all about control, fear - control you through fear,” he added.

Lahr said he considers the mask mandate an over-reach by government and part of a plan to destroy capitalism.

“By destroying the small businesses, that’s their way of ushering in socialism,” he said.

State troopers stood nearby, keeping anti-mask demonstrators from mixing with people rallying in support of the family of Elijah McClain, a young black Colorado man killed by police a year ago this month.

In that group, not a bare face could be found.

“We need to take the science seriously,” a masked Marie LePage said. We wear seatbelts, we do a lot of other things that are for everybody’s best interest and our own best interests.”

Seated in the grass, a few away, Tate Tufte kept his mouth and nose covered too. “It’s just a cloth mask that saves people, so what’s the negative,” he said.

Standing off to the side, wearing a Trump cap, John Eustice saw plenty of negatives in mask-wearing.

“What pandemic?” he asked, calling into question the recommendations of healthcare professionals.

Anti-mask protesters, some toting guns, also displayed their contempt for the media.

“KARE 11, we want you gone,” a rally organizer shouted as she walked her bullhorn into the lens of a news photographer. “You’re fake news,” she said, turning on a siren.

Demonstrators surrounded, grabbed and taunted the KARE 11 crew until state troopers moved in, pulling the news crew out as the crowd cheered.

“Bring back real journalists,” another screamed into the camera.