Three pallets will be delivered to 20 food pantries 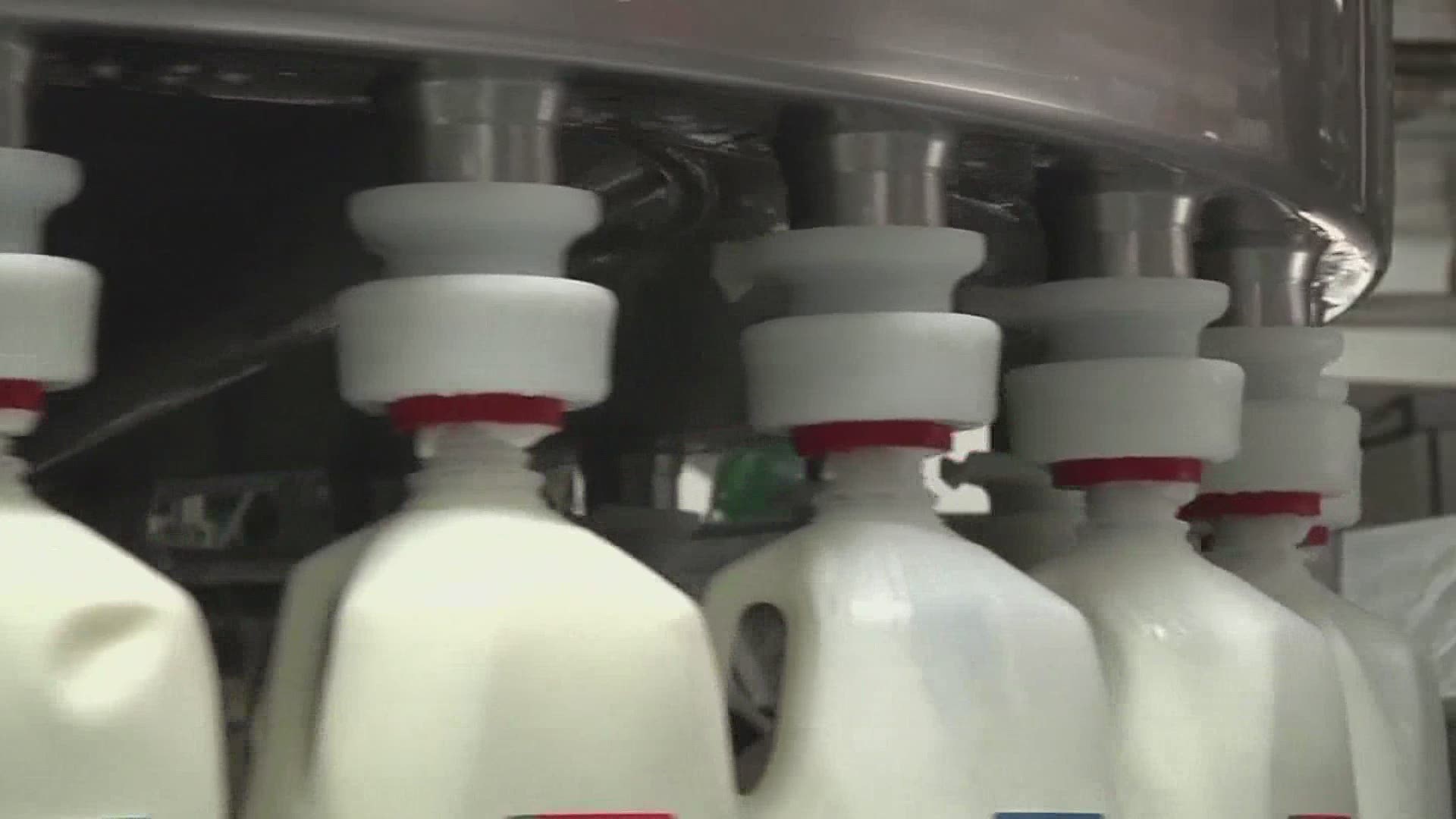 The gallons of milk were offloaded into the cars of Litchfield County 4-H families and members at the Litchfield Community Center.

The volunteers then distributed the milk to about 20 food pantries in the area.

“Thirty percent of the milk that gets produced goes to restaurants and schools and obviously they’re closed so there’s a huge surplus of milk. Farmers across the country are dumping milk,” said Bill Davenport, who is the program coordinator for Litchfield County 4-H through the UCONN extension system. 4-H is a youth development organization.

“You have food pantries that have lines of people, they’re turning away people because there’s not enough food for them and then we’re dumping milk into a field, and so we decided to try to do something about that,” said Davenport.

Davenport said the hope is to continue the milk distributions over the next few weeks as long as the need persists.