The averages continue to rise. 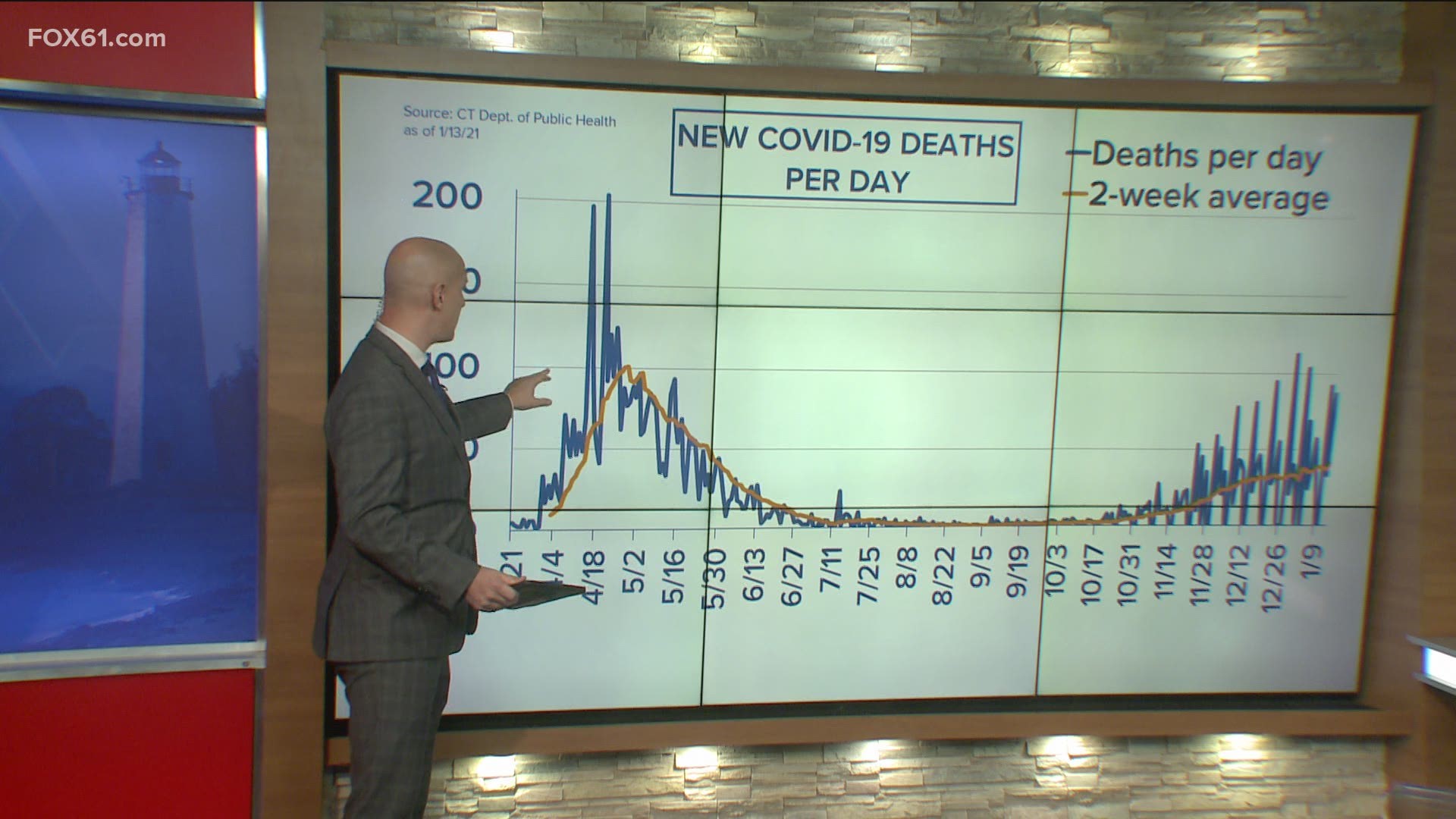 HARTFORD, Conn. — For months, we’ve been focusing on COVID-19 hospitalizations and the test positivity rate because those are good indicators of how the pandemic is progressing, and therefore, how many more people could die.

However, we’ve been keeping track of deaths as well, and the trends continue to gradually get worse

For a couple of days in the spring, Connecticut averaged over 100 deaths a day.

Currently, the average just passed 40 per day, on the heels of 87 new deaths that were reported Wednesday.

Testing numbers have leveled off a bit, although that could be because of holiday disruptions. However, the averages continue to rise.  As of Wednesday’s update, Connecticut is averaging just under 39,000 tests reported per day, after averaging a little over 34,000 per day in December.

The dramatic increase in testing since the summer has been at the heart of a sustained drop in the state’s Case Fatality Rate – the percentage of known cases that end in death.

That percentage peaked at 9.35% on June 26th, and dropped under 3% on Tuesday.  Increased survivability and better COVID treatments have also played a role in the drop.

What about the overall mortality rate?  That will vary from location to location, based on containment and treatment efficacy, and the average age of a population.

Nationwide, it’s looking like the final rate may land somewhere between 0.5% and 1%, which would make it about 5 to 10 times deadlier than the seasonal flu has been over the past three years.  During that time, the flu was deadly in almost exactly 0.1% of cases, according to CDC estimates.

For reference, COVID-19 has killed more Americans in the last seven days than the flu killed in the entire 2019-2020 season