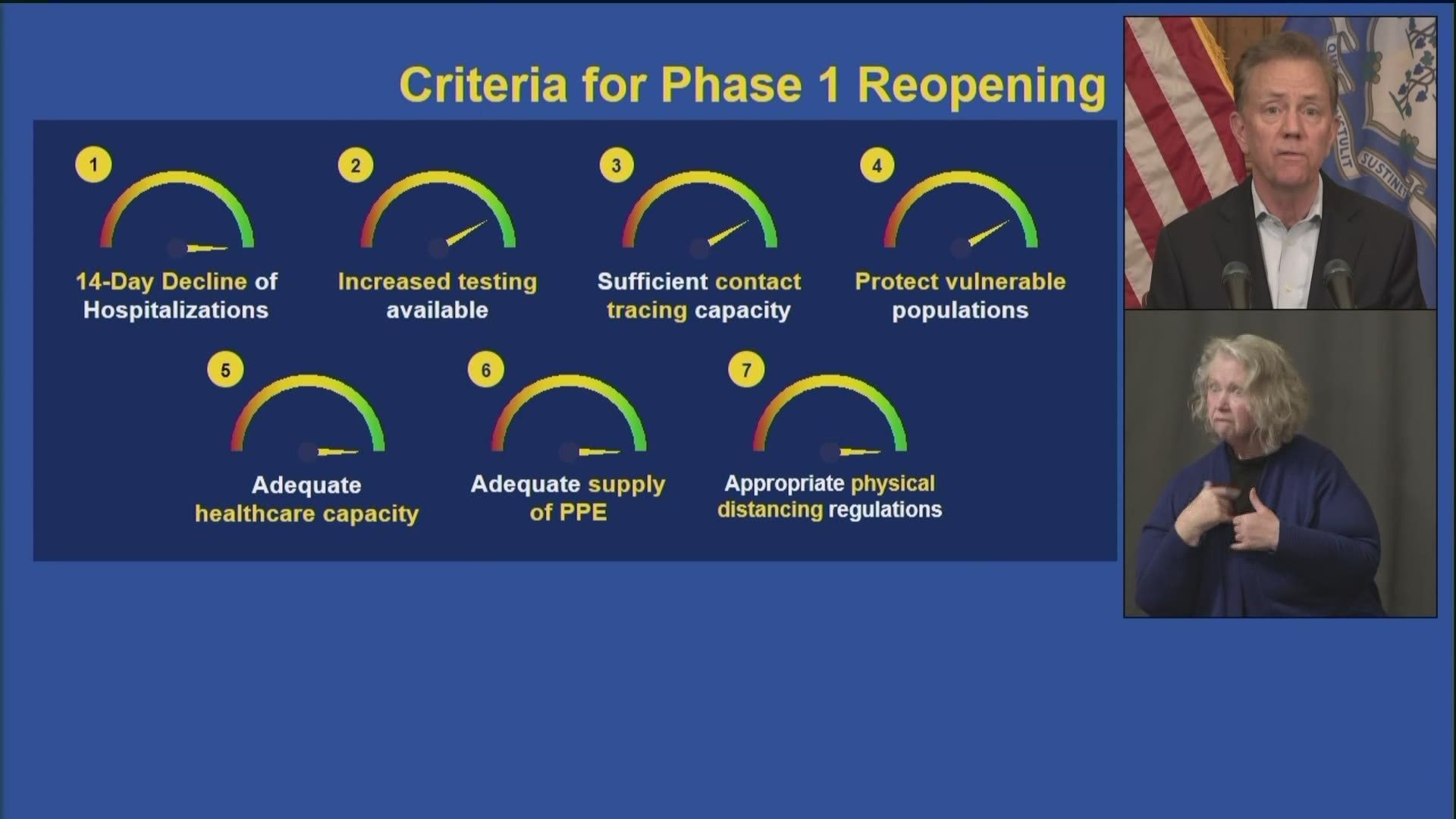 CONNECTICUT, USA — Six days before Connecticut starts a gradual and phased reopening of businesses, and data from the Department of Public Health is showing some positive signs.

Gov. Ned Lamont and other state leaders have said that a continued downward trend of hospitalizations is key to reopening.

Connecticut has seen 20 days of hospitalization decline, with the exception one small uptick midway on May 4.

On May 14, DPH reported 1,103 people in Connecticut hospitals for COVID-19. That's down 869 from the 1,972 people in the hospital on April 22. The last time hospitalizations were this low was April 4.

Credit: FOX61
A graph showing Connecticut COVID-19 hospitalizations over time. Each day represents the total number of people in the hospital for coronavirus at that time. Updated May 14.

In total there have been 35,464 confirmed Coronavirus cases in Connecticut. The state added 609 cases Thursday and 522 cases on Wednesday.

The number of deaths reported each day had previously been in a state of general decline, but Connecticut has seen an uptick in the last two days.

In the first 10 days of May, 751 deaths were reported by the Department of Public Health. Those deaths may have occurred before their day of reporting.

In total, 3,125 people in Connecticut have died COVID-related deaths.

Credit: FOX61
A graph of Connecticut coronavirus deaths by day, the dotted line is a 7-day moving average. Updated May 14.

Testing appears to be increasing for the month of May. There were 6,619 new tests reported Thursday. A total of 149,562 tests have been completed in Connecticut, according to DPH.