Four passengers died and dozens of others reported flu-like symptoms on two Holland America cruise ships that are now stuck at sea. 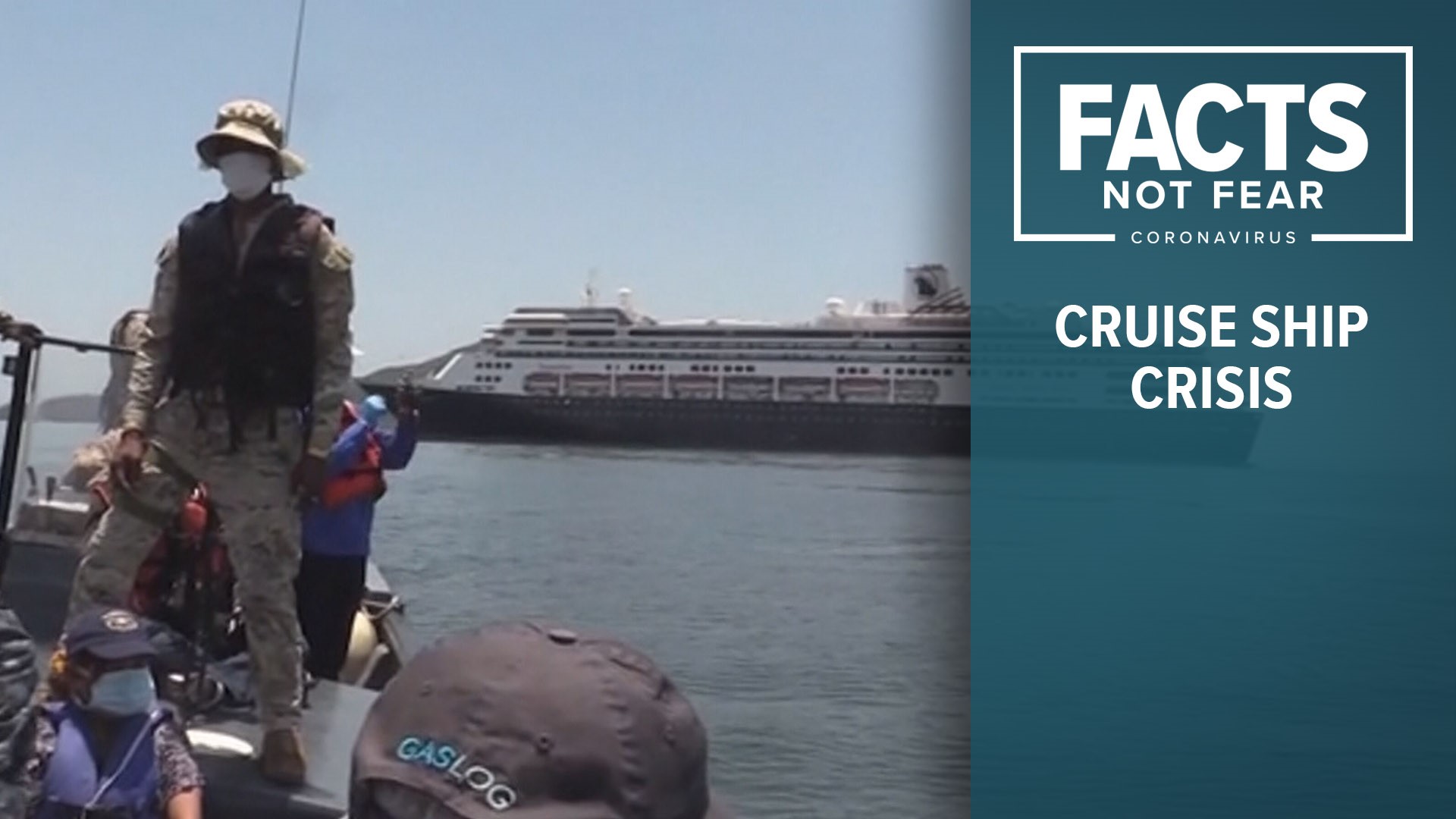 FLORIDA, USA — Two Holland America cruise ships stranded at sea with passengers sick or who have died as a result of the coronavirus are being allowed to dock, NBC News reports.

Four passengers died on the ships. Eight people tested positive for coronavirus and another 185 guests and crew reported flu-like symptoms.

Holland America said the Rotterdam took on nearly 1,400 people who appear to be healthy, leaving 450 guests and 602 crew members on the Zaandam, including more than 190 who are sick.

More than 300 U.S. citizens are on both ships combined.

A Holland America employee from Seattle, who asked that we not use her name, said she's still healthy. "A lot of our crew is sick, but the few healthy ones are working to the point of exhaustion," she wrote.

Seth Wayne, the Director of Brand Communications and Content for Holland America Line, previously said, "It's been really rough not being able to talk or see anybody for 10 days, but we feel safe."

Wayne added, "We are just hoping that someone hears our voices, whether it be the Governor of Florida or it be commissioners of the Port Everglades, just to know that we are human beings. We want to get home, and that's the bottom line."

Wayne was on the Zaandam, but he got moved to the Rotterdam.

Passengers Cliff and Doris Kolber of Miramar told NBC News they are isolating in their cabin, like everyone else on board.

“I visualize a big, bad boogeyman germ waiting outside the door,” said Doris. “We are in the middle of the ocean. We are stuck.”

Guests began coming down with flu-like symptoms on March 22, one day after the Zaandam was expected to end its trip.

In a blog post, Holland America's President Orlando Ashford said that while nations are "justifiably focused" on the coronavirus pandemic "unfolding before them," they have "turned their backs on thousands of people left floating at sea.

RELATED: Angel of the Winds Arena to serve as Snohomish County quarantine site

Ashford writes that the company is "dealing with a 'not my problem' syndrome."

According to Ashford, four cruise ship guests have died and he feared "other lives are at risk."