Instead of administering the drug to people with serious cases of COVID-19, the study will give smaller doses to people exposed to the coronavirus. 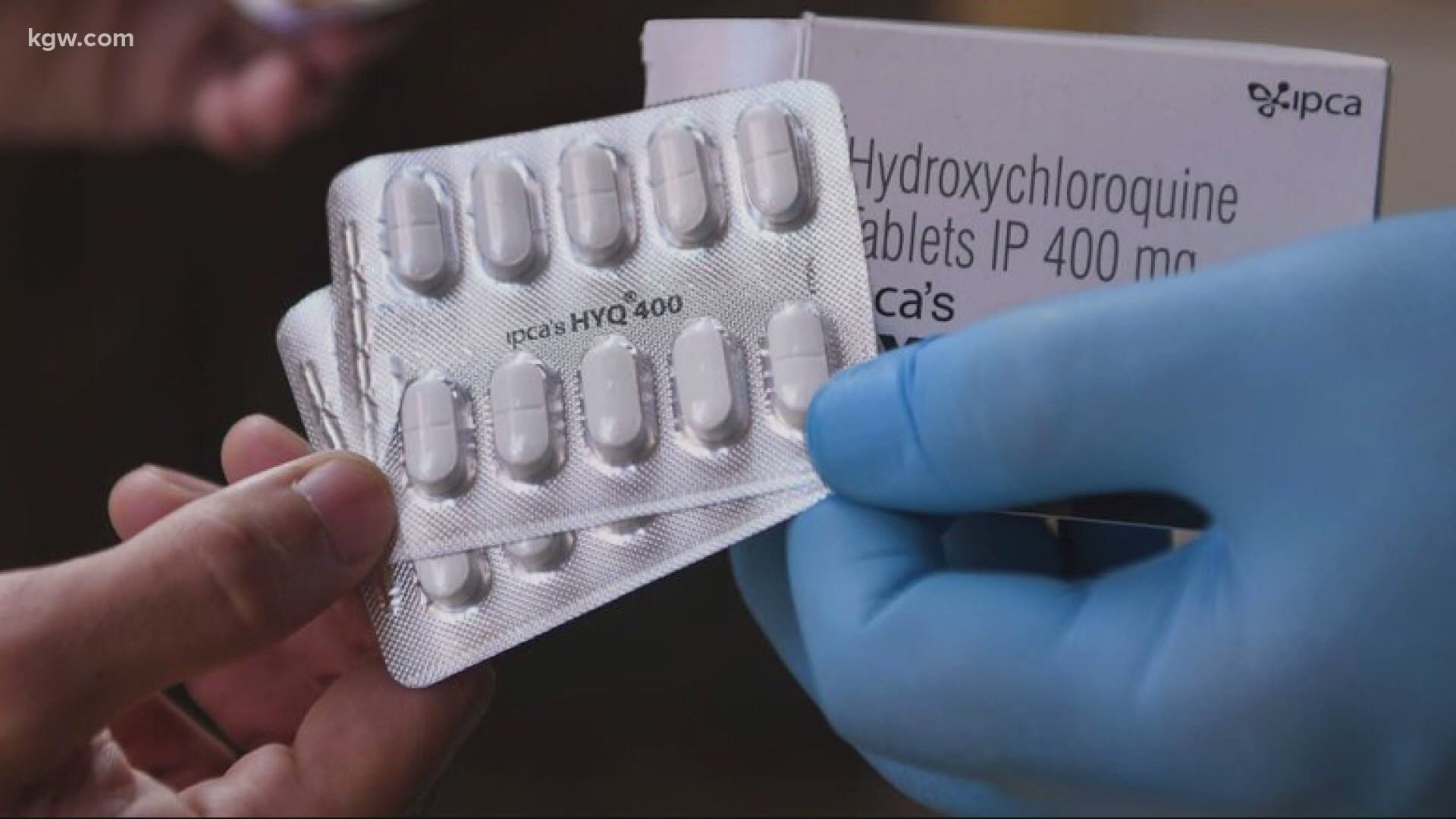 The drug hydroxychloroquine has attracted controversy after President Donald Trump promoted it as an antidote to COVID-19, but was shown in studies not to help, and even to be harmful, to people hospitalized by the virus. Noem enlisted Dr. Allison Suttle, Sanford Health’s chief medical officer, to explain that this trial is different. Instead of administering the drug to people with serious cases of COVID-19, it will give smaller doses to people who have been exposed to the coronavirus in the hope it helps their immune system ward off the virus.

Trump takes the drug for the same reason as the South Dakota study — as a preventive measure. But the Food and Drug Administration has warned that the drug should only be administered in a hospital or a research setting. And the World Health Organization announced it was dropping it from its study of experimental COVID-19 treatments.

RELATED: President Trump lashes out at scientists whose findings contradict him

The smaller dose is safe, said Suttle, and could show if hydroxychloroquine helps people ward off COVID-19. The drug is used in a similar way to prevent malaria.

“It’s so important to be able to bring answers to the table,” she said.

Researchers are hoping to enlist 2,000 people in the study, although half of them will be given a placebo. Suttle said they have only enrolled a “handful” so far. The state is helping sponsor the trial.

Suttle said that Sanford is heeding the warnings on hydroxychloroquine from the studies on hospitalized patients. Sanford is no longer recommending people with serious cases of COVID-19 take the drug.

For most people, the coronavirus causes mild or moderate symptoms, such as fever and cough that clear up in two to three weeks. For some, especially older adults and people with existing health problems, it can cause more severe illness, including pneumonia.

The new cases bring the state's total to 4,793, but almost 80% of those have recovered. So far, 54 people have died in the state from COVID-19. Health officials have warned that the number of infections is likely higher because many people may not display symptoms or have not sought testing for mild symptoms.

The pandemic's economic effects also continued to be seen across the state as 3,410 people made new applications for unemployment benefits last week, according to the Department of Labor and Regulation. The number was a decrease from the week before, but unemployment figures were still at a record high.

Since March 14, the state has processed 50,388 claims. That represents 12% of the total workforce of the state that is eligible for the unemployment insurance program.