In Bristol, Connecticut, meet the brains behind the ‘Bots'

The Movia team uses RAI – or Robot-Assisted Instruction – to program robots to teach kids on the autism spectrum and also to mainstream students. 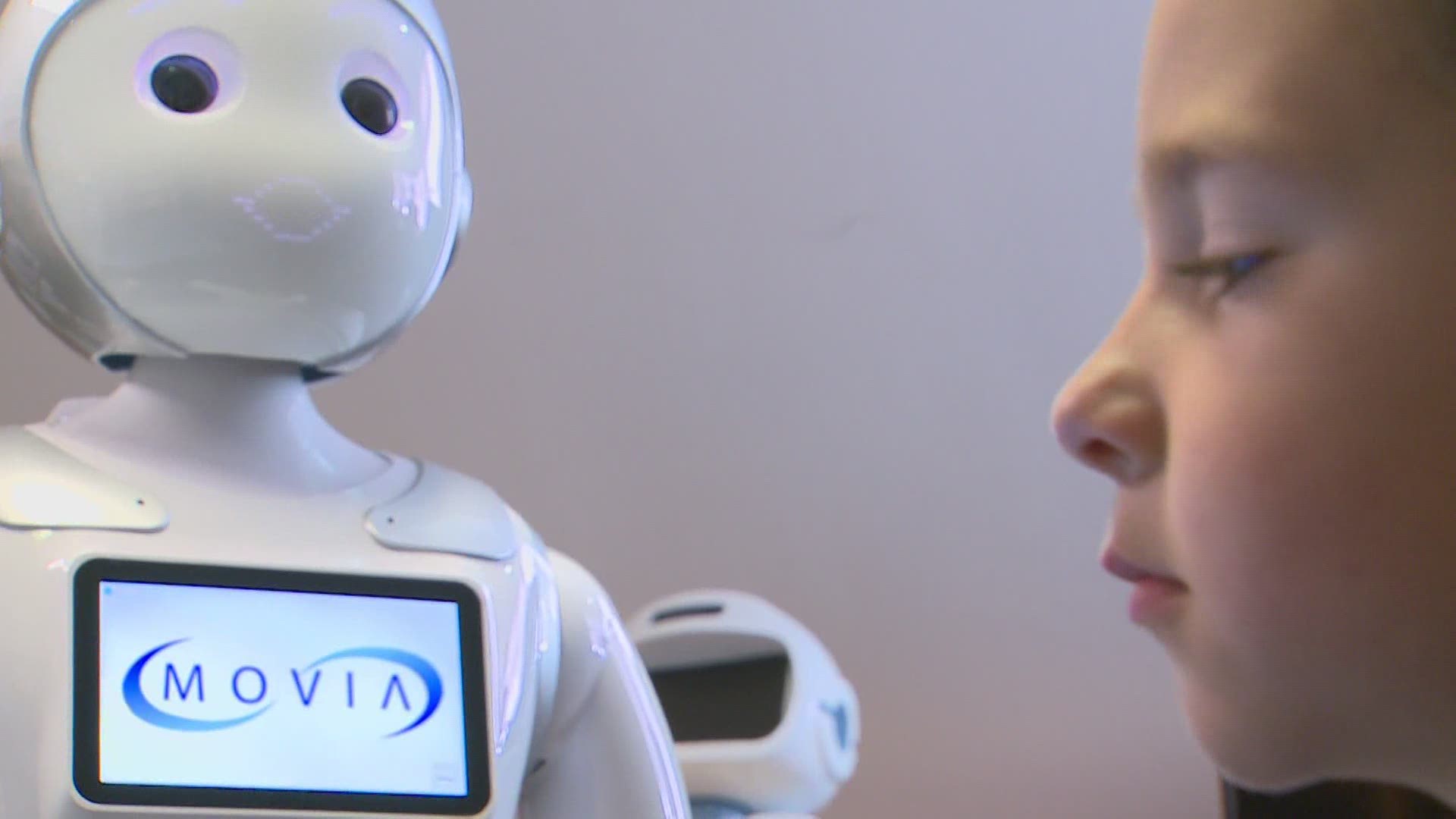 BRISTOL, Conn. — In what looks like an old bed and breakfast is the nerve center behind new robotics technology in Bristol. Movia Robotics creates software to make robots of all sizes go.

The Movia team uses RAI – or Robot-Assisted Instruction – to program robots to teach kids on the autism spectrum and also to mainstream students.

“The robots actually deliver the lessons,” said Tim Gifford, the chief scientist and president of Movia. “The system is being used in schools all over the world, we have over 150 systems out there now.”

Think Wall-E from Disney but in a classroom or home setting. At the Movia offices, robots named, “iPal”, “Q.T.” and “Kebbi” were on display. Kristen Whoolery, a speech-language pathologist in the Wallingford Public School system said she was skeptical about bringing robots into her classes at first but is sold now on the tech.

“Students with autism particularly love to work with the robots,” Whoolery said.

“Students who have behaviors no longer have behaviors when they are with the robot, it becomes a calming technique for the kids,” Gifford added that new regulations from the FDA will hopefully allow more access to their robot programs and teaching tools.

“We are working on getting appropriate certification so you can actually use this (The Robots) as a therapeutic device,” said Gifford. Whoolery added, “this is definitely a part of our future.”