How local restaurants are doing as they reopen for the first time since March. 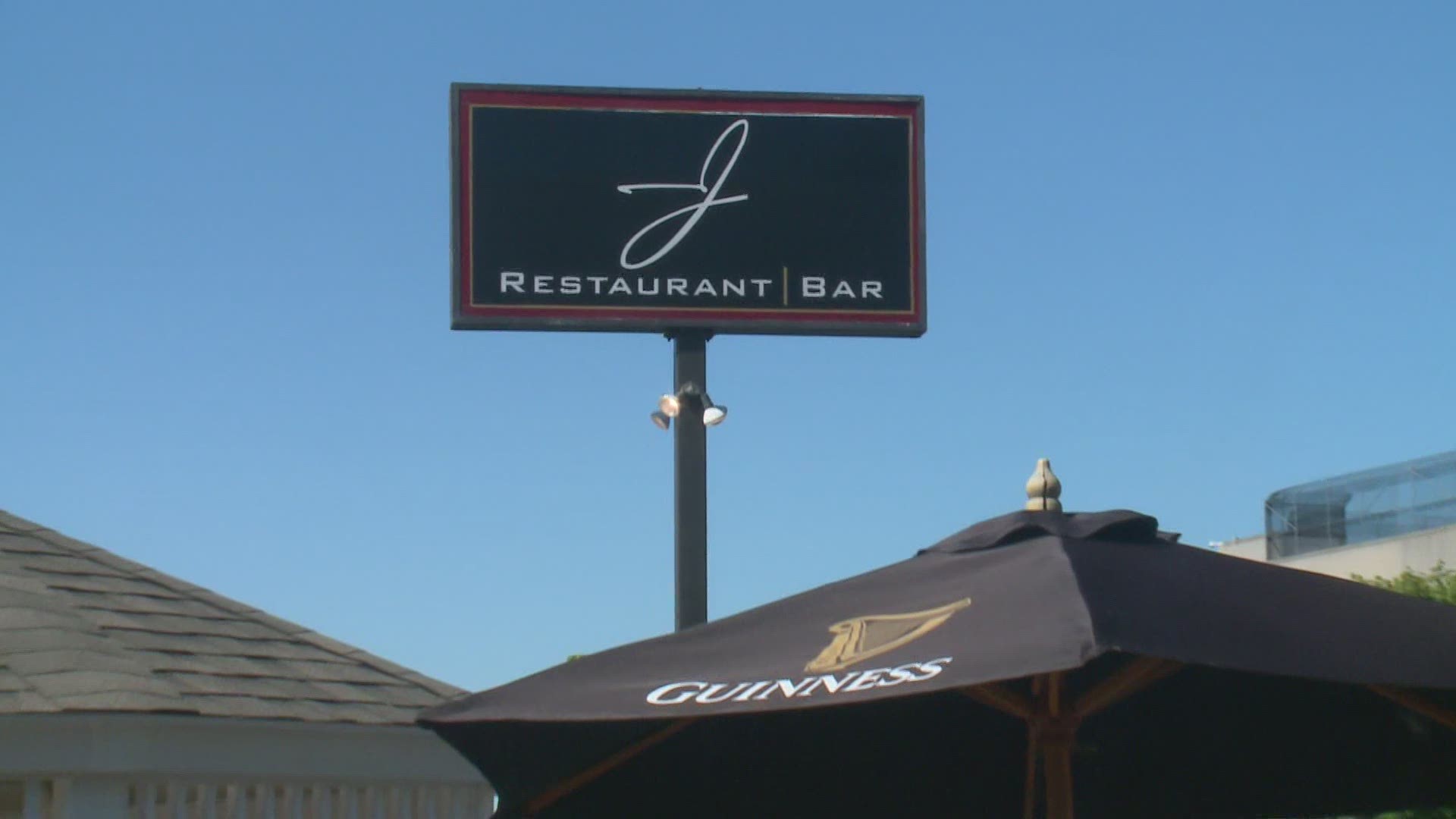 HARTFORD, Conn — At J Restaurant and Bar in Hartford, a few people were seen sitting outside with food and drinks, but it was not as busy compared to when times were normal.

The owner turned part of their parking lot into an outdoor patio with tables and chairs six feet apart.

The owner, Jordan Dikegoros was not going to let a little construction project prevent him from opening his doors.

With only five tables instead of the usual ten, only approximately seven people were sitting outside.

However, Dikegoros said he got a phone call for dinner reservations from his loyal customers the day Governor Lamont announced the date restaurants could reopen.

"It wasn’t as busy as we were hoping it’d be. I think a lot of people are still working from home. So the word getting out that we’re actually open. We do have reservations for this evenings," said Dikegoros.

His servers have been following the state's new safety guidelines.

"They’re going to find all of our staff wearing masks, wearing gloves when they go to the table, we’ve got the disposable menus, our traffic patterns, how they come into the restaurant, how they’re leaving the patio area," added Dikegoros.

Dikegoros created it so that customers enter in one way and exit another to prevent groups of people walking near each other.

Also new to his business were four gazebos donated by Kloter Farms in Ellington.
"I know that Jordan does a lot of donations next door for the hospital and children’s and I didn’t really want to figure out a rent so I asked him if he could just make some donations next door in our name and we would loan the gazebos to the restaurant," said Peter Welti of Kloter Farms.

The donations would help feed the Cancer Center and healthcare workers at Hartford Hospital.

RELATED: Gov. Lamont feels the first day of reopening was a success

RELATED: Here's what Connecticut's Coronavirus curve looks like on day one of 'phase one'

RELATED: Are Marshall's and T.J. Maxx open in Connecticut's 'Phase One' reopening?

Over at Thomas Hooker Brewery in Bloomfield, there was a bigger crowd. However, it came with changes.

Markers were taped to the ground directing people to the bathroom, naming it Tinkle Drive.

There was a separate lane for those who have exited called Relief Boulevard.

For those who want to take advantage of their wings and pizza, customers must follow the protocol.

"You place an order, you go outside and you wait at your table, we’ll page you when your orders ready, you can come on in and pick it up and come outside and enjoy it," said Kurt Cameron, president of Thomas Hooker Brewery.

While Cameron's brewery has brought back a sense of unity, he said it also brought back some tough, financial reminders.

"We were lucky we kept our full production staff but all of our kitchen staff and bartenders we had to furlough and that hurt," added Cameron.