The CT Freedom Alliance has raised about $25,000 from more than 200 people to fund the legal challenge to Gov. Lamont’s school mask mandate. 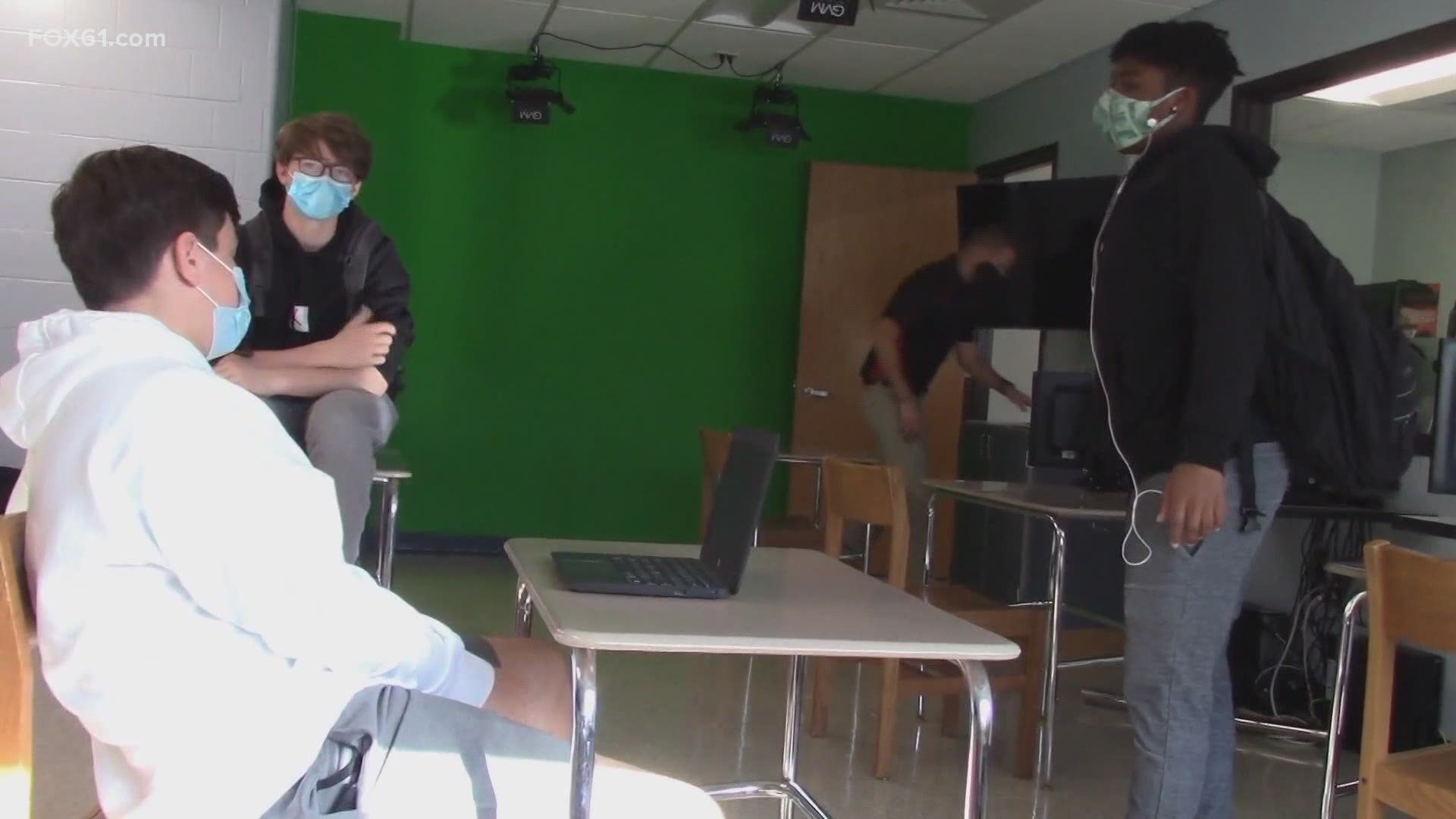 MIDDLETOWN, Conn. — On the heels of a lawsuit filed by the CT Freedom Alliance, a Hartford Superior Court Judge has called into question Governor Lamont’s continued executive authority to mandate masks in schools.

In Middletown, the teachers are vaccinated. This week the custodians, bus drivers, and other essential staff get the shot. The Connecticut Freedom Alliance says it's all the more reason why masks don't need to be worn in schools.

"The Governor doesn’t get to pretend to be king for a day, a week, a month, and a year just because the legislature lets them," remarked Atty. Norm Pattis, who represents the CT Freedom Alliance.

The CT Freedom Alliance has raised about $25,000 from more than 200 people to fund the legal challenge to Gov. Lamont’s school mask mandate. "Let’s not pretend that we can live forever by giving all the power to the state to keep us safe from every conceivable contingency. I’m not buying it. I didn’t sign on," said Pattis.

Since the inception of the COVID crisis, Gov. Lamont has signed 91 executive orders and his executive authority has been extended several times. Now set to expire on April 20th. "I would be inclined to probably ask the legislature sometime as we approach April 20th, let’s keep the mask mandate in the classrooms going a little bit longer," remarked Gov. Ned Lamont.

Middletown Schools Superintendent Michael Connor credits masks, social distancing, and hand washing for Connecticut’s success in keeping schools open for in-person learning. "More importantly we are getting kids into schools and it’s because of the masks mandates it’s because of the adhering to specific protocols and policies in place and coupling that with the vaccination process," said Connor.

Gov. Lamont added, "I think there are a lot more parents nervous about there being COVID in the classroom than there are saying I hate the mask you can’t make me wear the mask."

The Governor also points to the fact that despite rampant community spread, viral spread within the schools was less. "I think the mask is one of the reasons," he said.

Without any medical expertise, the CT Freedom Alliance contends masks exacerbate disease and can lower a child’s oxygen intake. The American Academy of Pediatrics says — not true. They’ve endorsed masks as not only a safe and effective infection control measure for kids two years of age and older, but they specifically say “plans for the safe return of children to school...must include the universal use of face masks.”

The judge stopped short of striking down the mask mandate. The CT Freedom Alliance says they’ll appeal all the way to the state Supreme Court. Gov. Lamont says if the legislature disagrees with his executive orders, they can pass a bill. He didn’t say how long students would have to keep wearing masks.