Statistics show that just under 70% of the staff in nursing homes across the state are fully vaccinated. 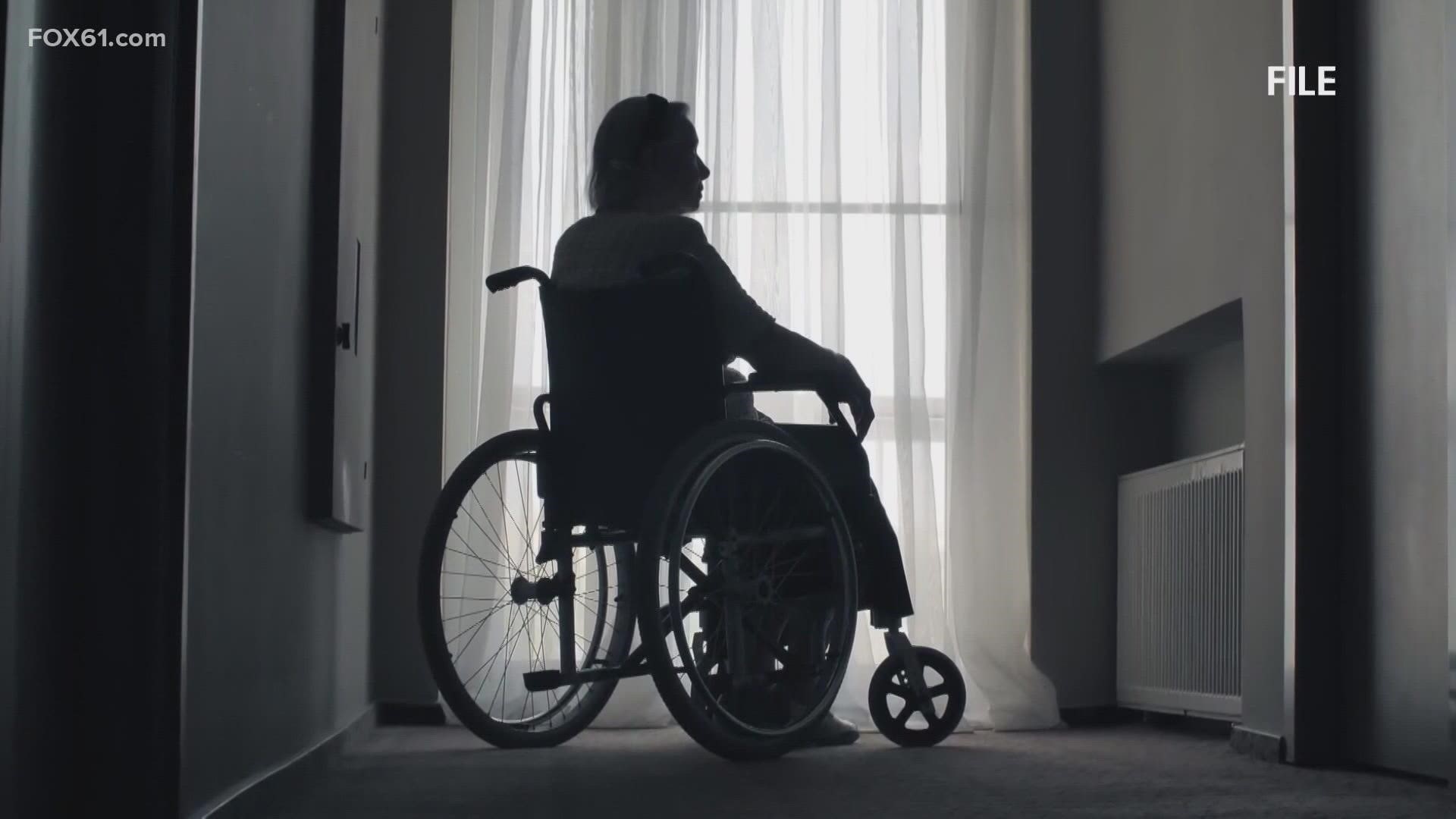 HARTFORD, Conn. — Governor Ned Lamont is in the process of issuing a mandate for nursing home workers to be vaccinated.

This comes after last year's outbreak of positive cases where many workers and patients were at risk.

Gov. Lamont told FOX61 he was not ready to make the announcement on Thursday and he is still in the process of talking to unions and other healthcare workers.

Massachusetts Governor Charlie Baker made his announcement Wednesday issuing his statewide mandate for nursing home workers there and said they must be vaccinated by mid-October.

FOX61 asked the governor when he expects to enforce it.

"I can't promise you it's today but it's going to be quite soon," added Gov. Lamont.

Some nursing homes in Connecticut have implemented their own mandate for workers in fear of more outbreaks.

Masonicare in Wallingford is one of them.

"We really as a team said this is what we're going to do, and we knew it was a hard decision. We knew that our staff, our family members, our residents, our residents there's a lot of uncertainty with that vaccine and when we decided to make it mandatory, we gave our staff time," said President and CEO of Masonicare Jon-Paul Venoit.

However, Venoit said just recently, 20 residents and five staff workers at Masonicare tested positive and one of them died.

All 25 people were vaccinated.

Lieutenant Governor Susan Bysiewicz said it is too early to tell what Connecticut will do.

"I think that's kind of a premature discussion to have at this point. And I would just say we've already had large hospital systems and nursing homes move in that direction," said Lt. Gov. Bysiewicz.

The governor pointed to safety as his priority right now.

"Look it's really important because you know what happened in nursing homes 16 months ago. We look around the country, we see that in some rare cases, there's some breakthrough. We know that many of the nurses still aren't vaccinated, and they are going into these vulnerable communities," added Gov. Lamont.

No timeline was given as to when the governor will make his announcement.

RELATED: VERIFY: Yes, if you are fired for not getting a required vaccine, you can be denied unemployment benefits