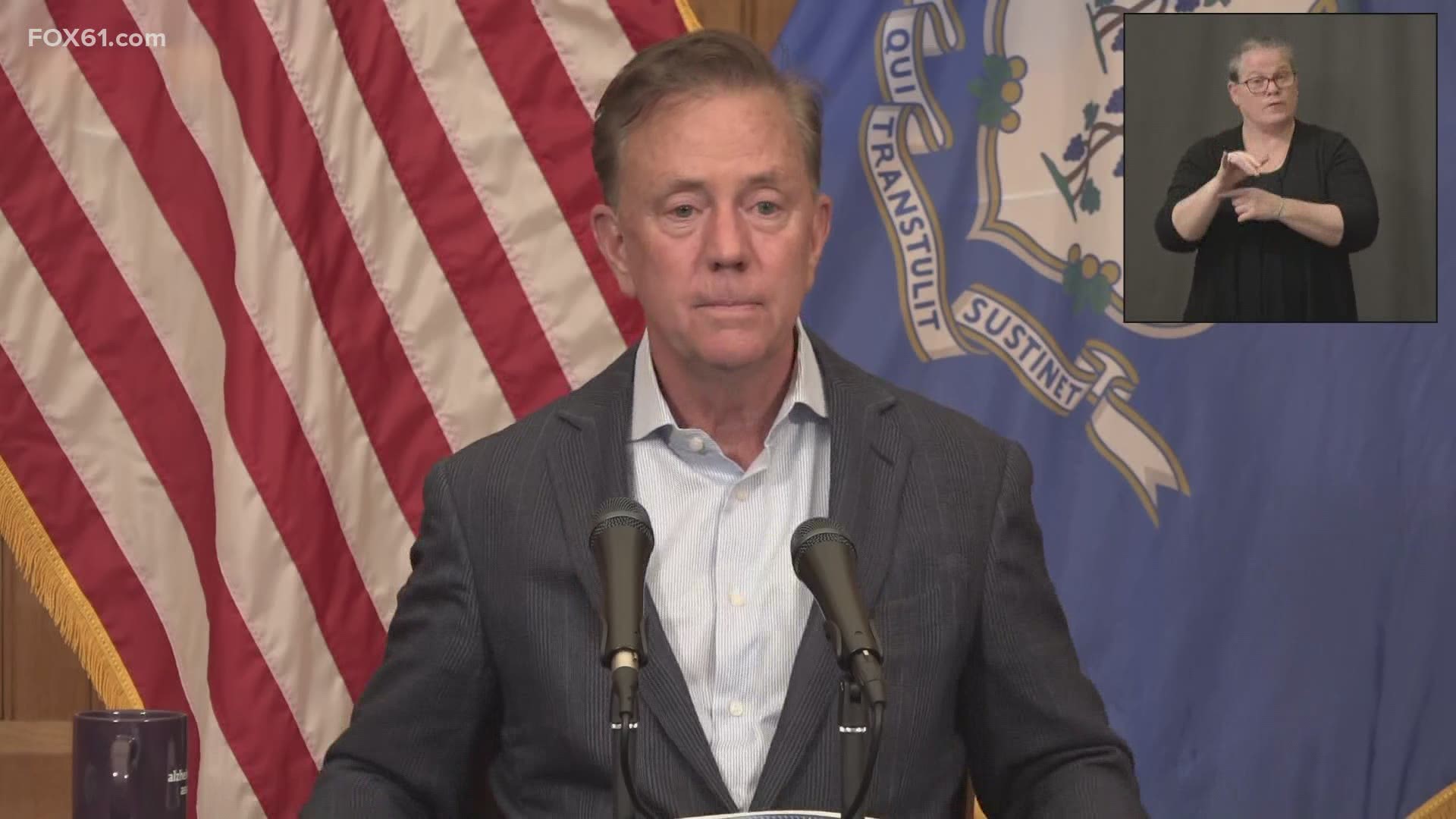 There were 37 new patients administered into the hospital due to the virus, bringing the current hospitalizations to 270 patients. This is the highest number of patients in months. Connecticut ranks eighth in the country in COVID-19 hospitalizations by state with 6.54 people per 100K population.

The Governor was joined by Dr. John Murphy, President and CEO of Nuvance Health, which manages hospitals in Connecticut and New York. Murphy said people who have been testing positive for the virus are younger than the state's first wave of COVID-19. He continued by saying many more people are wearing masks now than they were at the beginning of the year, while venerable populations like those who live in nursing homes are now better protected.

Murphy also said health officials have better therapies to treat the virus but should remember this is a serious illness.

Earlier in the day, he honored non-profits for their work during the pandemic at the Goodwill Bridgeport Store and Donation Station. Goodwill of Western and Northern Connecticut received CARES Act funding to provide programs like career guidance and job training.

The governor is expected to speak about the rising number of COVID-19 cases.

Hartford is one of 19 municipalities in the state that are averaging over 15 cases a day per 100,000 people. Some areas in the southeastern part of the state are seeing over 40.

"Our infection rate was the lowest in the country over the last few months and like the rest of the country we’ve been picking up," said Governor Ned Lamont.

"We are going with massive testing," said the Governor. "Do everything we can to get people tested and tested on a regular basis."

On Friday, October 9th, only a few dozen towns were seeing a spike in cases.  Now two-thirds of the state is lighting up the daily infection map. The Governor showed particular disdain when asked about the reopening of local Hartford Café, the Russian Lady.

The Russian Lady had planned to reopen Friday with plexiglass surrounding the bar and booths. They’d hoped to move their outdoor entertainment and food service indoors for the winter months. However, those plans were scrapped, following the governor's comments this afternoon.

"They will get a visit from us. We have to be careful in those places where you’re most likely going to have a super spreader event," said Gov. Lamont.

The Governor is giving municipalities in the red a chance to revert back to phase-two. They attribute a relaxing of the guard for the rise in cases.

Waterbury has seen a steady rise in cases over the last couple of weeks. They say family and social gatherings are the primary cause. The city is stepping up testing and contact tracing in the community and schools. They plan to stick to in-person learning, but they are staying vigilant.

"You pull one thread in the unravels four or five others sometimes so one positive can turn into a notification of a school," said RInko.