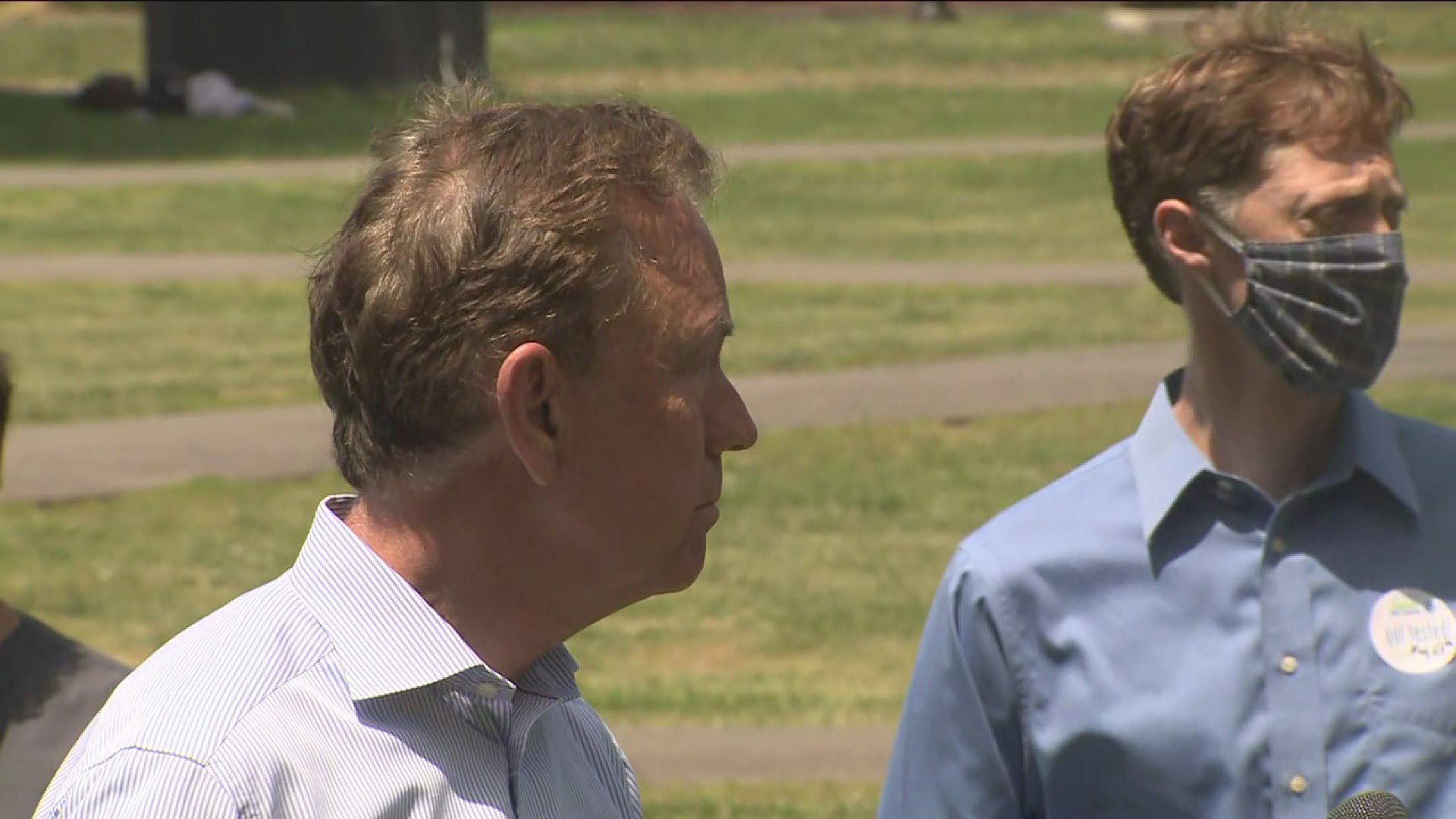 NEW HAVEN, Conn. — Governor Ned Lamont was confronted at a press conference by prisoner's rights advocate, Monday as he was visiting a COVID-19 testing site.

The woman said the governor's administration was not doing enough to release prisoners from state correctional facilities in the response to the pandemic.

The advocate said Lamont wasn't doing enough for the inmates and didn't care about their lives. Lamont said he cared very much about what happened to them and wanted to keep them safe.

Lamont has been a proponent of increasing testing availability and opening sites. He made a benchmark of 42,000 tests done during a week a key target in allowing for reopening retail and restaurants in limited ways. 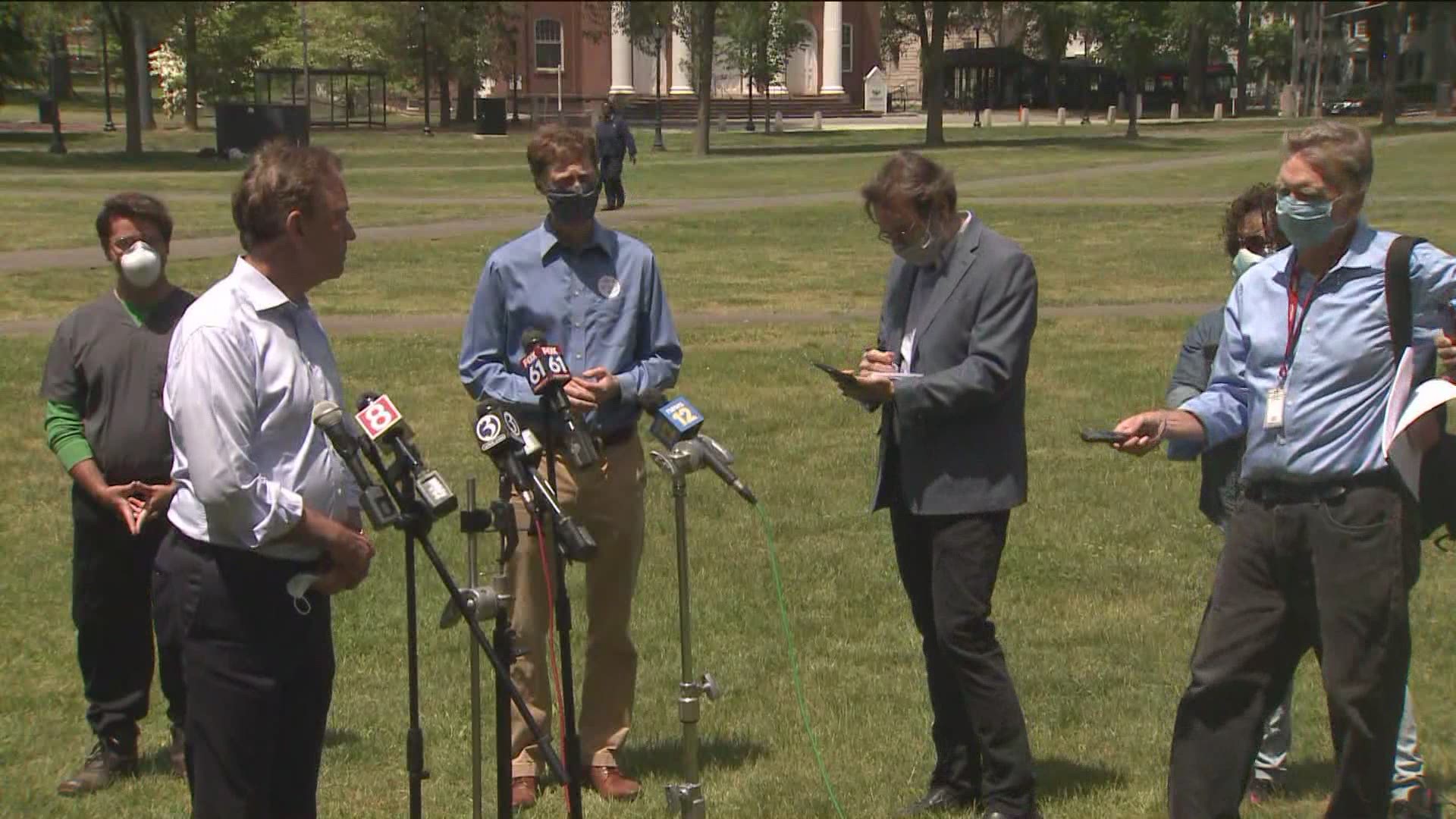 “Prior to any staff or offender COVID-19 cases, my direction was clear. Review all eligible offenders for release without circumventing risk assessments as swiftly as possible and add a layer of review that would prioritize offenders considered high risk if exposed to the virus,” said Commissioner Cook. “Balancing public safety, victim impact and public health considerations, while identifying housing and community supportive services during a pandemic is no easy task yet the staff at the DOC are getting the job done.”

For more information on the DOC's COVID-19 response, click here.

RELATED: Another inmate dies from COVID-19, bringing total to 7

A report released Tuesday by Gov. Ned Lamont’s reopening advisory committee recommends phased-in testing for COVID-19 in Connecticut, from about 45,000 tests per week now to 200,000 per week by Sept. 1, when faculty, staff, students at state universities and schools will be tested.

Connecticut's two federally recognized tribes said they're planning to reopen parts of their southeastern Connecticut casinos on June 1, despite Gov. Ned Lamont saying it's too early and dangerous.

The Mashantucket Pequot and Mohegan tribes, which are sovereign nations, said they're taking numerous steps to ensure that Foxwoods Resort Casino and Mohegan Sun are safe.  Lamont said he plans to talk with the tribes, but if that doesn't work the state might warn patrons driving to the casinos. Also Wednesday, restaurants began outdoor service and shopping malls welcomed customers in the first phase of Connecticut’s reopening from the coronavirus shutdown.

For most people, the virus causes mild or moderate symptoms, such as fever and cough, that clear up in two to three weeks. For some, especially older adults and people with existing health problems, it can cause more severe illness or death.