Neither property will open its concert venues, buffets or poker rooms and tenant restaurants will be open for take-out only, officials said in the release. 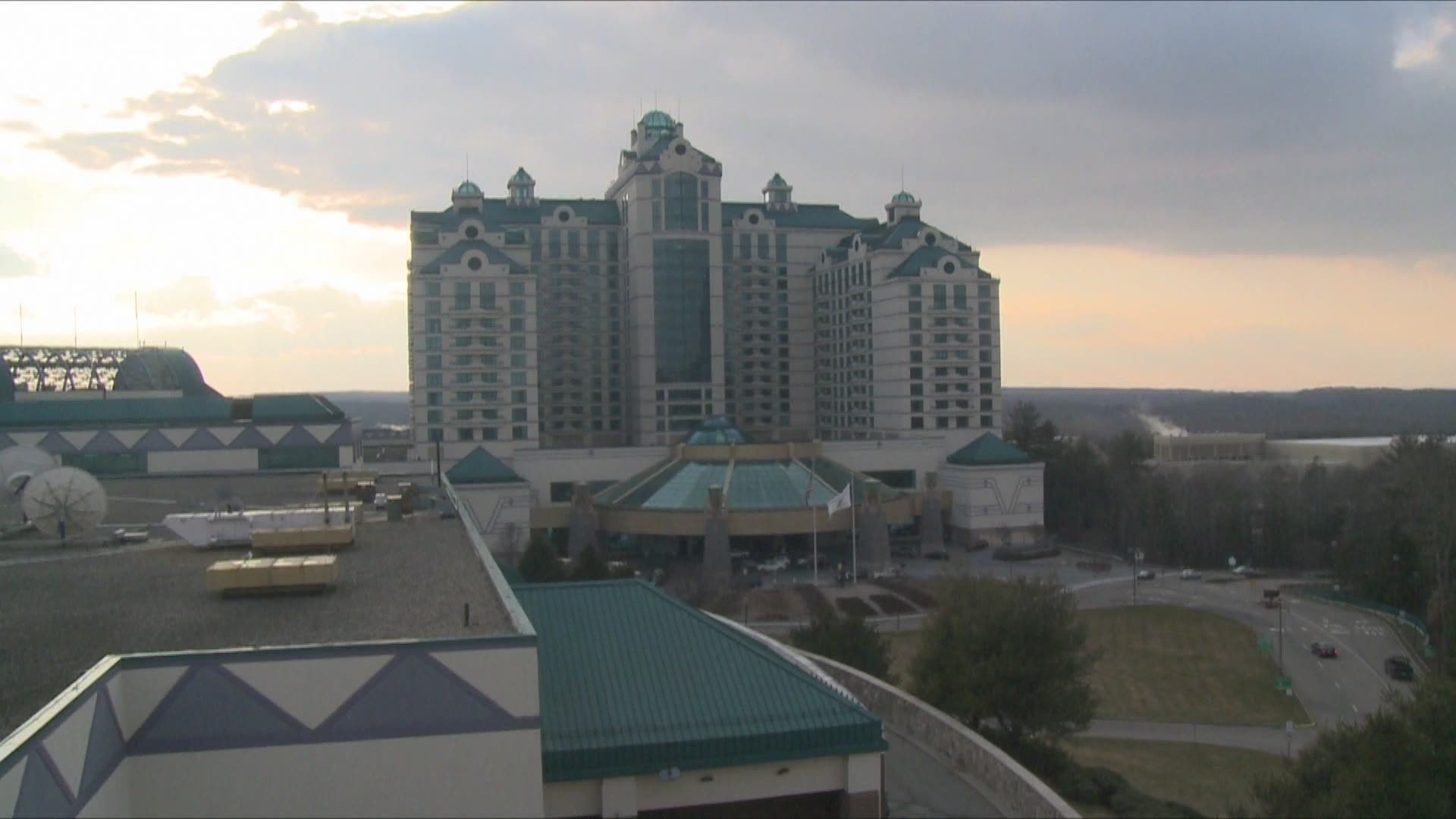 MONTVILLE, Conn. — On day one of Connecticut's phase one reopening, the state's federally recognized tribes announced they will begin reopening portions of their reservations sooner than expected.

In a joint statement from the Mashantucket Pequot Tribal Nation and Mohegan Tribes, it was announced Wednesday that on June 1, Foxwoods and Mohegan Sun will welcome guests back with safety guidelines in place.

The tribes drafted a plan to reopen that was recently discussed with Governor Ned Lamont.

However, Lamont announced that he agreed with fellow governors in the region who believe it was not the right way to go right now, given the nature of casinos — indoors, older population, food, and alcohol.

"We've got to talk again. I think that's incredible risk. It's risky for the people that work at casinos," said Lamont. "It's risky for people that go to the casinos. It's risky for the region because you have a lot of employees that go back out into the region…It' an enclosed area. A lot of older people are in there - some of them with pre-existing conditions. Alcohol and food is involved. I'm going to do everything I can to make sure we put public health first."

James Gessner, Chairman of the Mohegan Tribe responded to the Governor's response today with his own statement:

Despite executive orders being issued in Connecticut, the tribes don’t have to abide as their destinations are operated on sovereign land.

Although the resort casinos chose not to reopen before out of goodwill, Foxwoods and Mohegan Sun officials say they will now be included in Phase One.

According to the release, the new protocols and operating procedures for each property were established in a collaboration between the tribes.

“We’re proud to partner with the Mohegan Tribe to ensure we develop the most responsible plan for helping the state of Connecticut recover swiftly and safely from the crippling economic impact of this pandemic,” Chairman of the Mashantucket Pequot Tribal Nation, Rodney A. Butler said.

Here are some of the new guidelines:

That protocol is aimed at mitigating the risks for both guests and employees, officials said.

Gessner said the health and safety measures were put together in the past 10 weeks.

"The Mashantucket Pequots and Mohegan Tribe have called Connecticut home for hundreds of years. We have deep roots within our communities and are fortunate to call many of our neighbors team members and friends," Gessner said. "As we developed our new guidelines for reopening which expanded on the rigorous safety policies already in place at Mohegan Sun, the safety of these team members, neighbors, partners and friends were at the forefront of each decision we made."

According to Gessner, the new guidelines are based off recommendations from experts both nationally and around the globe.

The have been implemented at several of our other resort destinations across the country and are the plans the tribes shared with Gov. Lamont weeks ago.