Officials say they expect about 35 teams from more than a dozen conferences will participate at what they are dubbing 'Bubbleville' between Nov. 25 and Dec. 5. 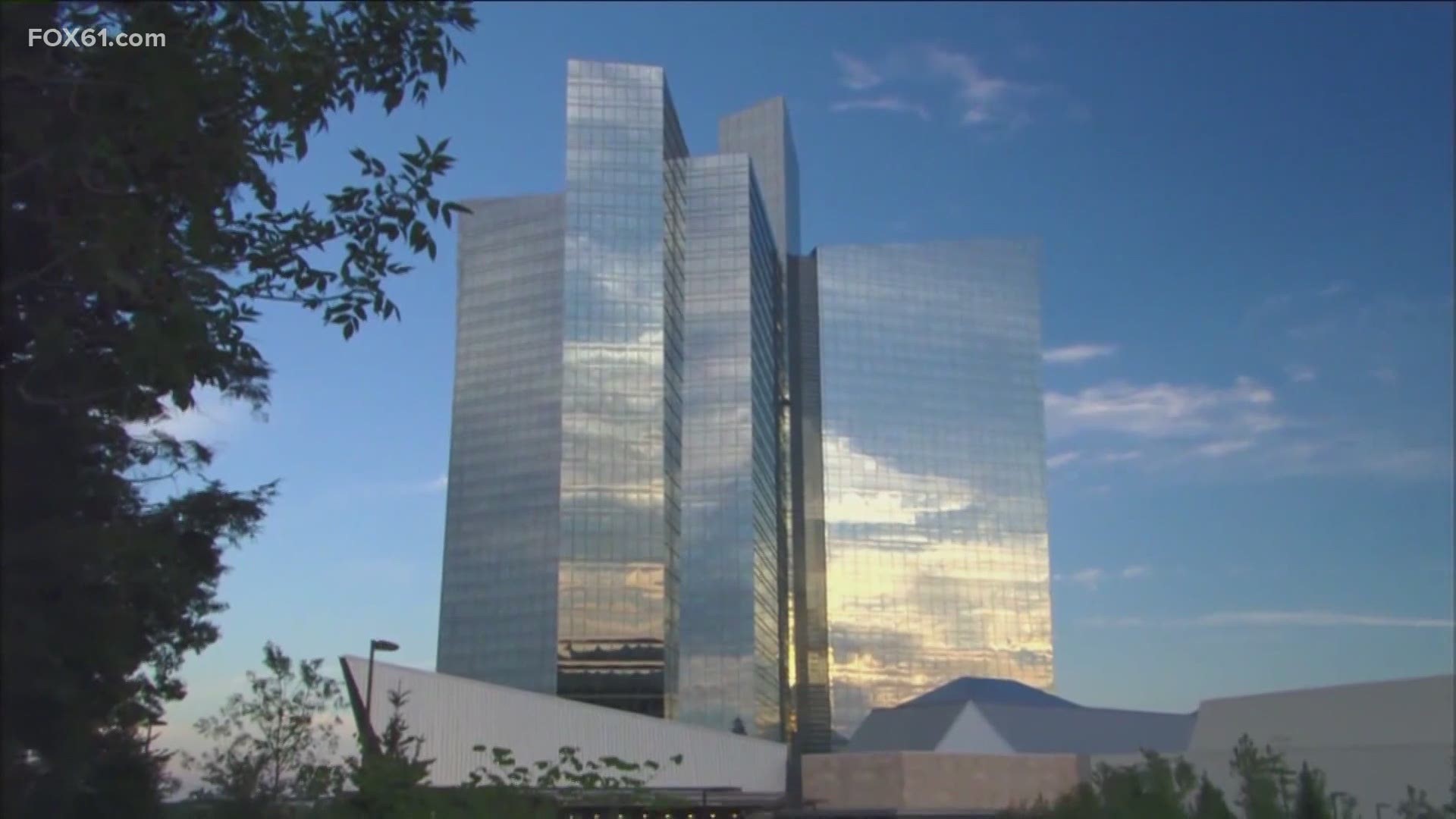 MONTVILLE, Connecticut — UNCASVILLE, Conn. (AP) — A resort casino on tribal land in Connecticut is completing plans to host more than 30 college basketball teams as it becomes a modified bubble for several early-season tournaments, including two moved from New York.

The Mohegan Sun has teamed with the Naismith Memorial Basketball Hall of Fame, which holds it's men's Tip-Off Tournament and Women's Challenge there every year, and the Gazelle Group, which runs the Empire Classic and the Legends Classic in New York.

The organizers plan to hold those tournaments and several other “pods” of games, which will get names in the next few weeks, at at the Mohegan Sun, which is owned by the Mohegan Tribe and includes a 10,000-seat arena that is home to the WNBA's Connecticut Sun.

“It's a single site, secluded location, with enormous square footage for social distancing," said Greg Procino, vice president of basketball operations for the Hall of Fame. "There are a lot of things that will work in our favor, ”

Rick Giles, the president of the Gazelle Group, expects about 35 teams from more than a dozen conferences will participate at what they are dubbing “Bubbleville” between Nov. 25 and Dec. 5, with up to seven games a day.

There will be at least nine “pods” of games, beginning with the Empire Classic on Nov. 25-26, which will include Villanova, Baylor, Arizona State and Boston College.

Southern California coach Andy Enfield said the Trojans are expected to be in a pod with BYU, UConn and Vanderbilt.

“It'll be a great event once we get there,” Enfield said. “We're not concerned as long as we know we'll get tested and the opposing teams are too.”

Officials from Gazelle and the Hall of Fame were meeting Friday with casino officials to settle some of the details.

“We’ve been able to combine and leverage both our organizations and strengths to create something bigger than what we originally had,” Giles said. “I don’t know if either organization individually could have pulled off what we’re about to do next month."

The Mohegan Sun has already developed protocols for coronavirus testing, cleaning and managing sports during the pandemic. It also has its own medical staff and facilities to treat and isolate anyone who may be infected.

The resort teamed with Viacom over the summer to produce televised events for boxing and mixed martial arts.

Tom Cantone, the senior vice president for sports and entertainment at Mohegan Sun, said this is not a full bubble, like the NBA and WNBA in Florida, but a highly controlled environment.

“We’re just following the playbook we’ve already established and has been working brilliantly,” Cantone said. “We will just continue to do what we’ve been doing with our doctors and protocols. So far, it’s worked flawlessly.”

Each team will be tested upon arrival. Each school will have its own secured floor in the resort's 34-story tower hotels along with meeting and catered dining areas.

The resort's 125,000-square-foot exposition center will be converted into a practice facility, with courts on which some games also will be played. The teams will move around through designated “back of the house” corridors so they don't interact with the public.

The organizers plan to use a pool of about 25 officials, who also will be housed at the resort for those two weeks.

The casino had already installed safety devices as part of its reopening in June, including ultraviolet lighting and special filters in its HVAC system.

The organizers are not planning to allow fans at the games, but that could change if metrics suggest it would be safe to allow a limited number of people, Procino said. Media will be seated in sky boxes, and postgame news conferences will be done by teleconference.

It has not yet been determined how often and what kind of coronavirus testing will be done because each conference has its own requirements.

“That's been a real challenge,” Giles said. “I would love to see a unified set of consistent protocols that all conferences can sign onto. That would make interconference play much easier.”