Adm. Mike Gilday will decide whether Capt. Brett Crozier stepped out of line or did the right thing when he sent out an email about his coronavirus-infected crew. 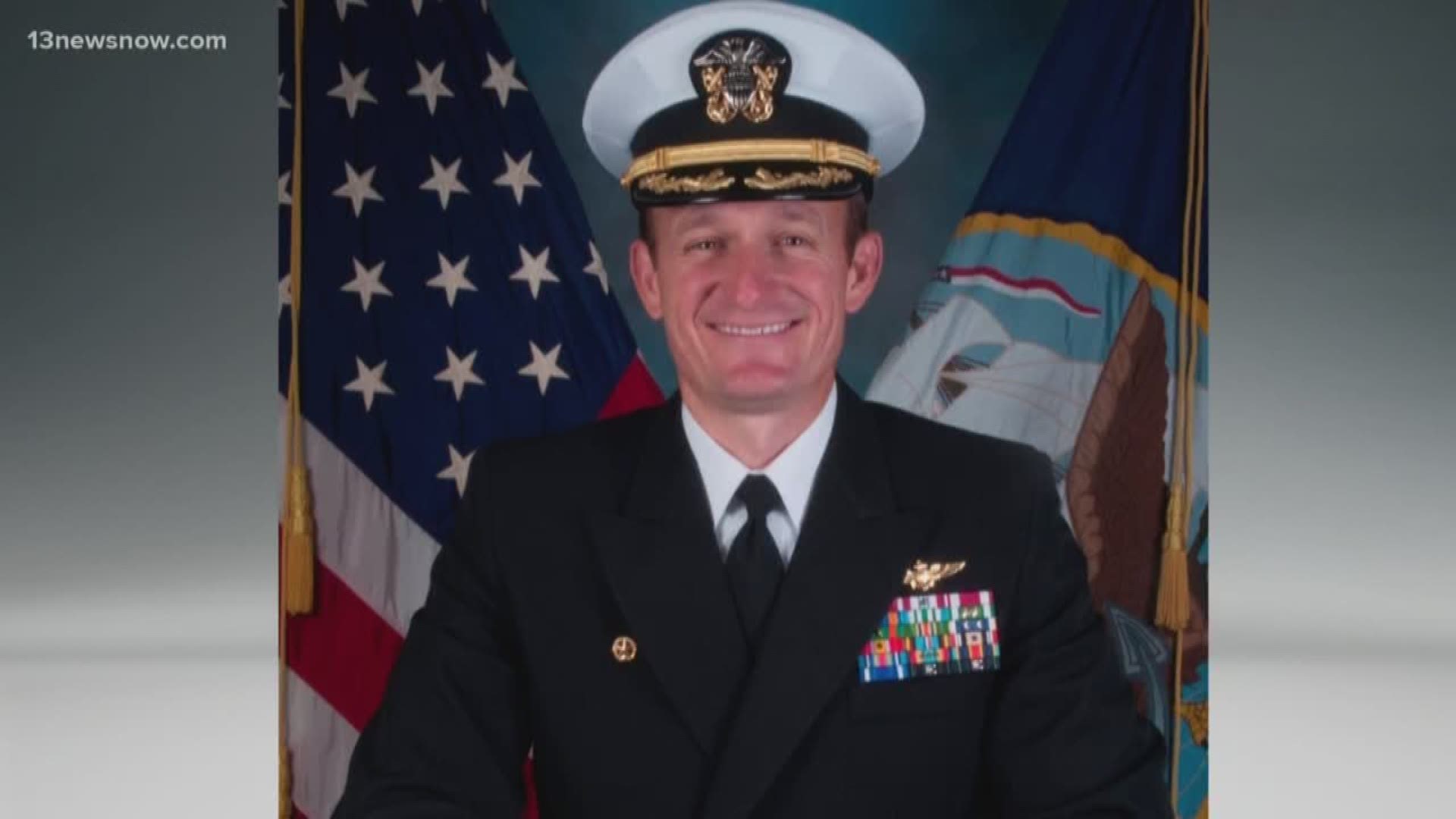 WASHINGTON — The Navy’s top admiral will soon decide the fate of the ship captain who was fired after pleading for commanders to move faster to safeguard his coronavirus-infected crew on the USS Theodore Roosevelt.

In the glare of a public spotlight, Adm. Mike Gilday, will decide whether Navy Capt. Brett Crozier stepped out of line when he went around his chain of command and sent an email pushing for action to stem the outbreak. As of Friday, 660 sailors on the aircraft carrier, now docked at Guam, had tested positive for the virus and seven were hospitalized. One sailor has died, and more than 4,000 of the ship's 5,000 crew members have been moved onto the island for quarantine.

Gilday's review won't be limited to Crozier. It will also look at the command climate on the ship and higher up within the Pacific-based fleet, to determine if there are broader leadership problems in a region critical to America's national security interests.

Gilday has many options as he reviews what was an extraordinarily rapid investigation by Adm. Robert Burke, the vice chief of naval operations. Burke and his staff finished the review in about a week, conducting interviews almost entirely online and by phone between Washington and Guam.

A look at some of Gilday's options, and their benefits and pitfalls.

Gilday could decide that Crozier acted in the best interests of his crew and was unfairly removed. He could reinstate him as captain of the Roosevelt.

That could generate a lot of support.

In a widely viewed video, Roosevelt crew members applauded and chanted Crozier's name as he walked off the ship after being fired. When Thomas Modly, the acting Navy secretary who fired Crozier, traveled to the ship and criticized him in a speech to the crew, he came under fire and had to resign.

President Donald Trump even suggested that while Crozier shouldn't have sent the memo, he shouldn't be destroyed for having a “bad day.”

But reinstating Crozier has its problems.

It would put him back on a ship with Rear Adm. Stuart Baker, commander of the carrier strike group of which the Roosevelt is the lead ship. Officials say they did not have a good relationship and that was among the problems that triggered Crozier's memo. Gilday may worry that putting them back together would exacerbate the ship's toxic command climate.

FORGIVE AND MOVE ON:

Rather than return Crozier to the Roosevelt, Gilday could absolve him of wrongdoing and recommend he move on to another job. Crozier could retain his rank and standing and perhaps command another ship, leaving open the possibility that he could gain promotion and continue his Navy career.

This would avoid sending him back into the chain of command that likely felt betrayed by his memo. But it doesn't provide the emotional lift of seeing a popular captain stride back onto the ship for which he risked his career.

Gilday could fault Crozier for doing the right thing the wrong way. He could determine that Crozier was unfairly fired, but that he acted rashly and went outside his chain of command and therefore did not exhibit good leadership.

He could put a letter in Crozier's personnel file, which usually is a career-ender. Crozier could stay in the Navy and might move on to other jobs, but would probably not be promoted.

FIRE ONE, FIRE ALL:

Gilday could determine that firing Crozier was appropriate. Unless that's overturned in an appeal process, that would end Crozier's Navy career. In most cases, senior officers simply retire after being relieved of command for cause.

But Gilday could also decide that the ship's problems extended beyond Crozier. He could recommend that Baker be fired or punished for not being receptive to Crozier's concerns.

Gilday's review could also dole out criticism for leaders who may have taken too long to recognize the Roosevelt's outbreak as the deadly problem it became. Those would include the 7th Fleet commander, Vice Adm. William R. Merz; the Pacific Fleet commander, Adm. John C. Aquilino, or the most senior admiral in the Pacific, Adm. Phil Davidson, head of Indo-Pacific Command.

William Fallon, a retired four-star admiral and former commander of U.S. Pacific Command, says Gilday’s decision is important to American interests in the Asia-Pacific region, where an aircraft carrier presence is central to U.S. strategy.

“He’s making an administrative decision back here, but it has profound operational implications,” Fallon said.

AND THEN THERE'S THE POLITICS:

The backdrop to Gilday’s decision is a fraught political environment in Washington that has taken a toll on the Navy.

Modly became acting secretary last November when his predecessor, Richard Spencer, was forced out in a clash with the White House over Trump’s intervention in the war crimes case of former Navy SEAL Eddie Gallagher. And Gilday had abruptly become chief when Spencer pushed out the admiral who was in line for the job.

Gilday, known as an honest, straight shooter, is expected to made a decision based on the facts and his judgment of what is best for the ship's crew and the Navy. But the decision expected early next week can't be separated entirely from politics.

When Gilday reaches a decision, he will relay recommendations to acting Navy Secretary James McPherson. They will also go to Defense Secretary Mark Esper. More importantly, the Navy will alert members of Congress and the White House.

Any of those could weigh in on the matter. Or, in Trump's case, he could reverse it.

On April 4, he publicly blasted the captain, saying Crozier's letter pleading for more urgent action was “terrible.” Trump also criticized Crozier for the ship’s port visit in Vietnam, where crew members may have picked up the coronavirus, even though the Navy says that decision was made by Davidson.

Two days later, Trump took a more empathetic tact, saying, “I’m not looking to destroy a person’s life, who’s had an otherwise stellar career, as I understand it.” Trump said that as far as he could tell, Crozier had simply “had a bad day.”