Close to 3,000 sailors will be removed from the USS Theodore Roosevelt after dozens of the ship's crew tested positive for COVID-19. 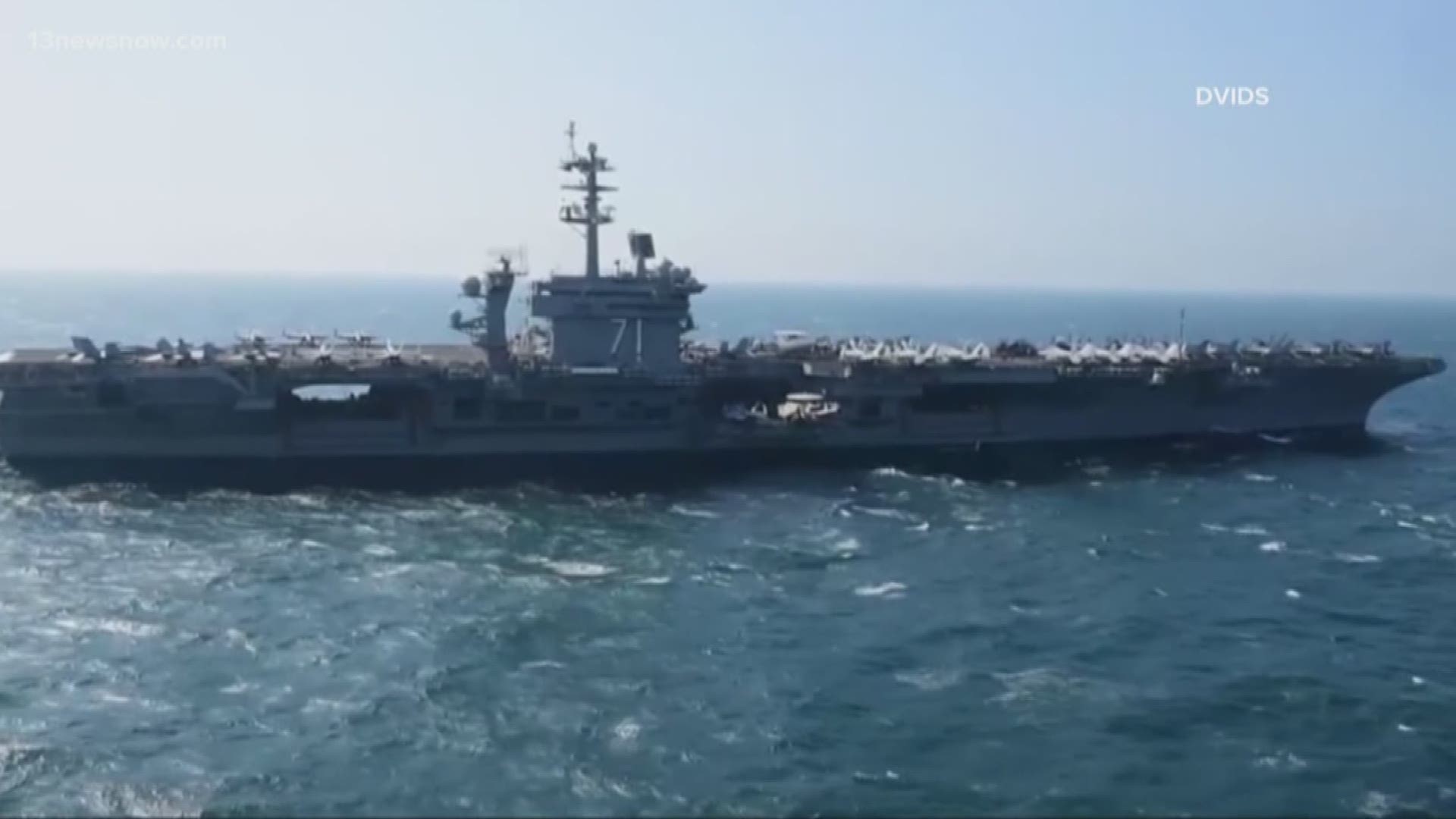 WASHINGTON — On Wednesday, the Navy officially provided the exact number of USS Theodore Roosevelt sailors who have tested positive for coronavirus: 93, along with 593 who tested negative.

Top leaders said they have already moved nearly 1,000 sailors off the ship, and hope to have 2,700 off of the aircraft carrier "within days."

The Navy's Surgeon General, Rear Admiral Bruce Gillingham added: "None of those sailors have needed hospitalization whether aboard the ship or at Naval Hospital Guam. We'll continue to monitor their conditions. We believe their relative health and youth is in their favor."

Wednesday's Pentagon briefing came after the Roosevelt's commanding officer, Captain Brett Crozier, sent a letter to Navy leadership, urging that the majority of the 4,800-person crew be removed from the ship.

He wrote, "We are not at war. Sailors do not need to die. If we do not act now, we are failing to properly take care of our most trusted asset — our Sailors."

"I'm glad he had the courage to say that, it needed to be said," said retired Navy Captain Joe Bouchard of Virginia Beach. The former destroyer commanding officer says what has happened aboard the Roosevelt should serve as a cautionary tale for the rest of the fleet.

"The Navy and the Department of Defense need to do a lessons-learned review on the coronavirus and the impact it had on operations so that we are better prepared for the next time," Bouchard said. "And there will be a next one."

The USS Theodore Roosevelt is now docked in Guam. The Navy is moving sailors into various facilities and probably will begin using hotel rooms in the coming days.

Navy leaders are talking with government officials to identify rooms for the crew members.

Virginia Senators Mark Warner and Tim Kaine have sent a letter to the Navy, writing, "There are countless Virginians with family members serving aboard Navy warships who are all concerned about the health and well-being of their loved ones.  We share these concerns."