One of those workers was 40-year-old Nora Garcia of New Haven, who worked cleaning hospitals. 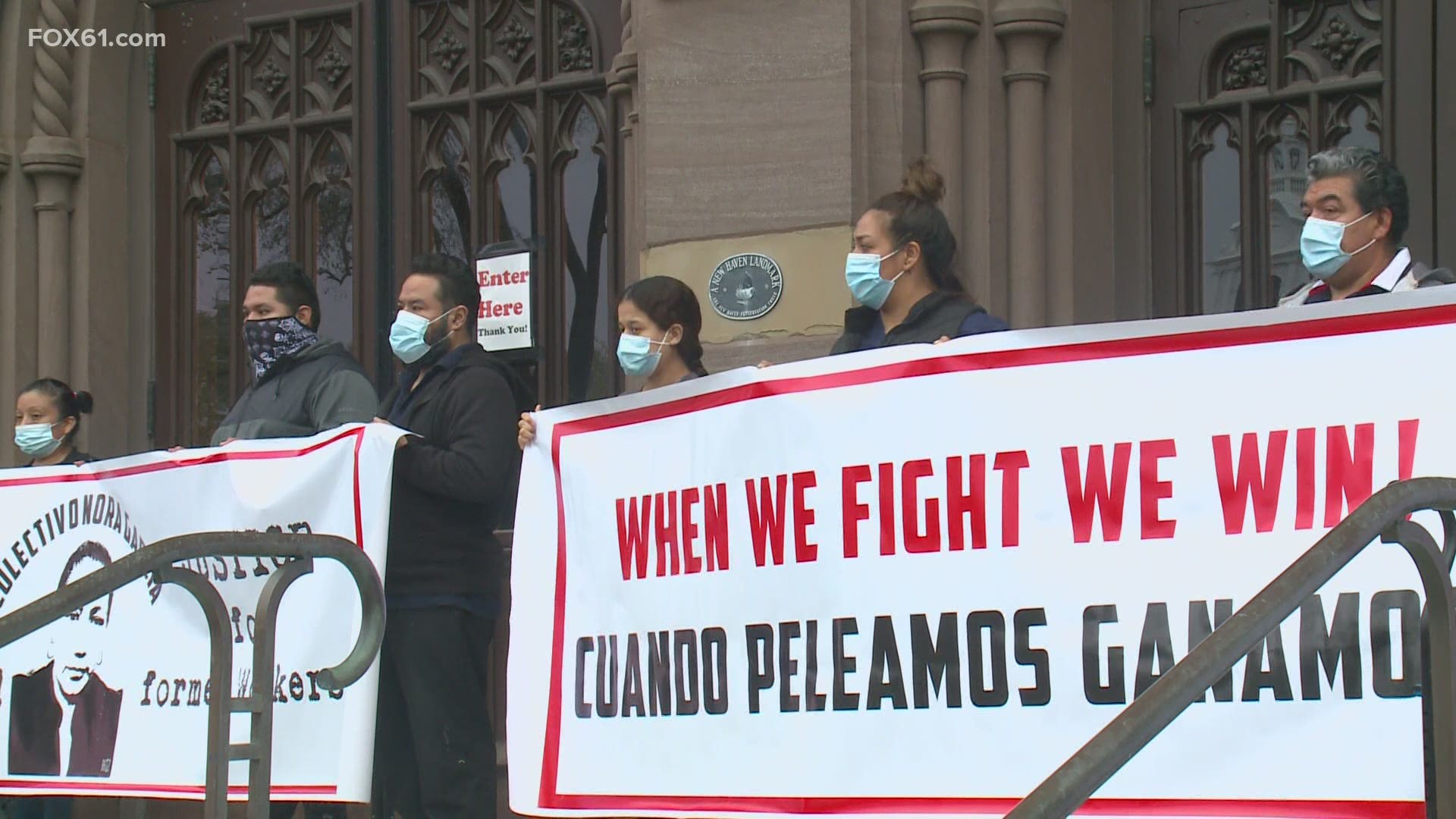 NEW HAVEN, Conn. — Essential workers gathered on the steps of New Haven City Hall Thursday, to remember their family members, friends, and co-workers, whose lives were lost to COVID-19. They also called for paid sick leave for all, something many of them do not have, despite being on the frontlines throughout the pandemic.

One of those workers was 40-year-old Nora Garcia of New Haven, who worked cleaning hospitals. An immigrant from Mexico, she worked long hours, coming in every day, without paid sick days, healthcare, or even overtime pay.

She contracted COVID-19, and passed away in February, leaving behind three children and her husband Jardiel Nohpal.

"It's difficult to know that you come to this country with hope, but because you don't have a paper, which is a social security number, to endorse having health care, needed to have fair days off," he said.

There are many more people with stories just like hers. Those who couldn't stay home, and some who never made it home.

The group led the rally Thursday calling for paid sick leave. State Senator Julie Kushner and State Representative Robyn Porter, co-chairs of the labor committee, are working on legislation to do just that.

The bill has made it out of committee, and their hope is it will become a law, finding a solution for a problem that has existed long before the pandemic shined a light on it.

"Now it's our opportunity to say we have to do something for the people that served us, and also going forward," said Kushner.

Unidad Latina en Accion is also planning a rally for Saturday, May Day, calling for a pathway to citizenship for essential immigrant workers.