She says said she stayed 15 or 20 minutes, leaving when guests started arriving. 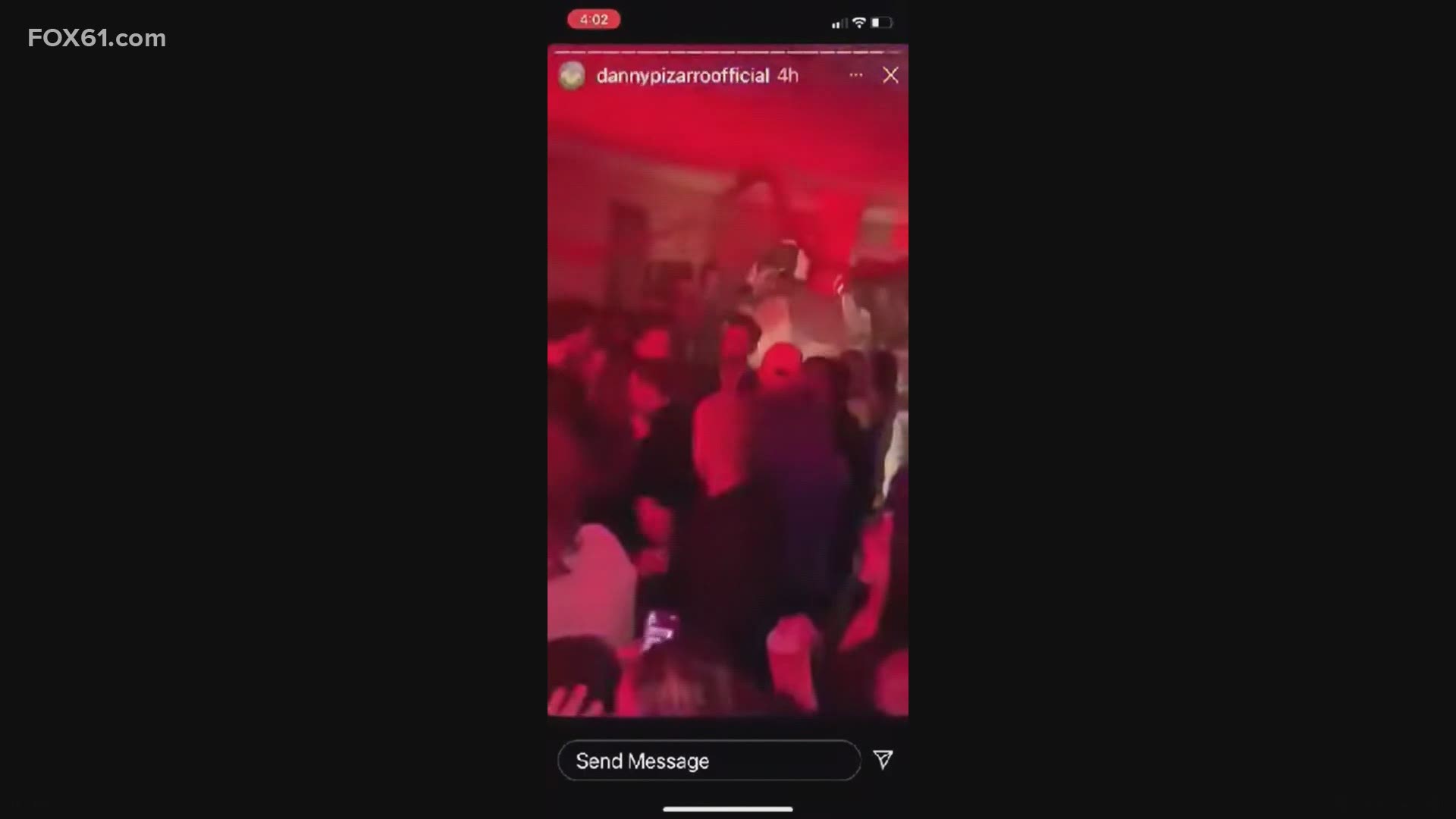 TRUMBULL, Conn. — While the State's Attorney's office is investigating a massive birthday party in the Trumbull home of a Bridgeport city employee, word has started circulating that some elected and municipal officials were among those in attendance. One of them: New Haven's Health Director.

Friday, she set the record straight.

"I simply dropped off a gift prior to (when) the dinner began because I was on call and I wanted to make sure that I acknowledged it his birthday," said Maritza Bond, New Haven's Health Director.

Bond said she stayed 15 or 20 minutes, leaving when guests started arriving and, when she saw a tent set up on the side of the house, she says she cautioned the birthday boy, Danny Pizarro, who assured her he would only be hosting a few friends.

Trumbull Police showed up a 1 AM to break up the party and Pizarro complied. Bond said she told Pizarro, who she knows from her days as Bridgeport's Health Director, that she was disappointed in how large the party grew.

"I am and remain to be strong advocate against social gatherings to that level that poses a health risk to individuals," Bond said.

Her boss is buying that she didn't stick around.

"Maritza, over the past year, has shown that she has strong integrity and I have no reason to doubt what she is saying," said Mayor Justin Elicker (D-New Haven).

Pizarro was fined $500, for hosting his birthday bash, which was well beyond the governor's Covid ordered limit of 10 people for home gatherings. But Pizarro told his attorney most of the partygoers were uninvited.

"He’s a very popular person," said attorney Dennis Bradley, who represents Pizarro. "He’s a very beloved person. He does a lot for the community and Bridgeport and others and I think it was you know he didn’t realize how popular he was."

Bradley's attorney, who is also a Bridgeport State Senator, said his client now wishes he stopped the flow of guests.

Pizarro was unavailable for comment Friday, but Monday he told FOX61, "It seems like I made a mistake. I’ll do anything to rectify it and I apologize."

Pizarro, as a city employee, must quarantine before returning to work. As for his employment status, the City says this matter was immediately turned over to the City’s Office of Labor Relations for investigation.