The city has become one of the hot spots and people have been on edge. 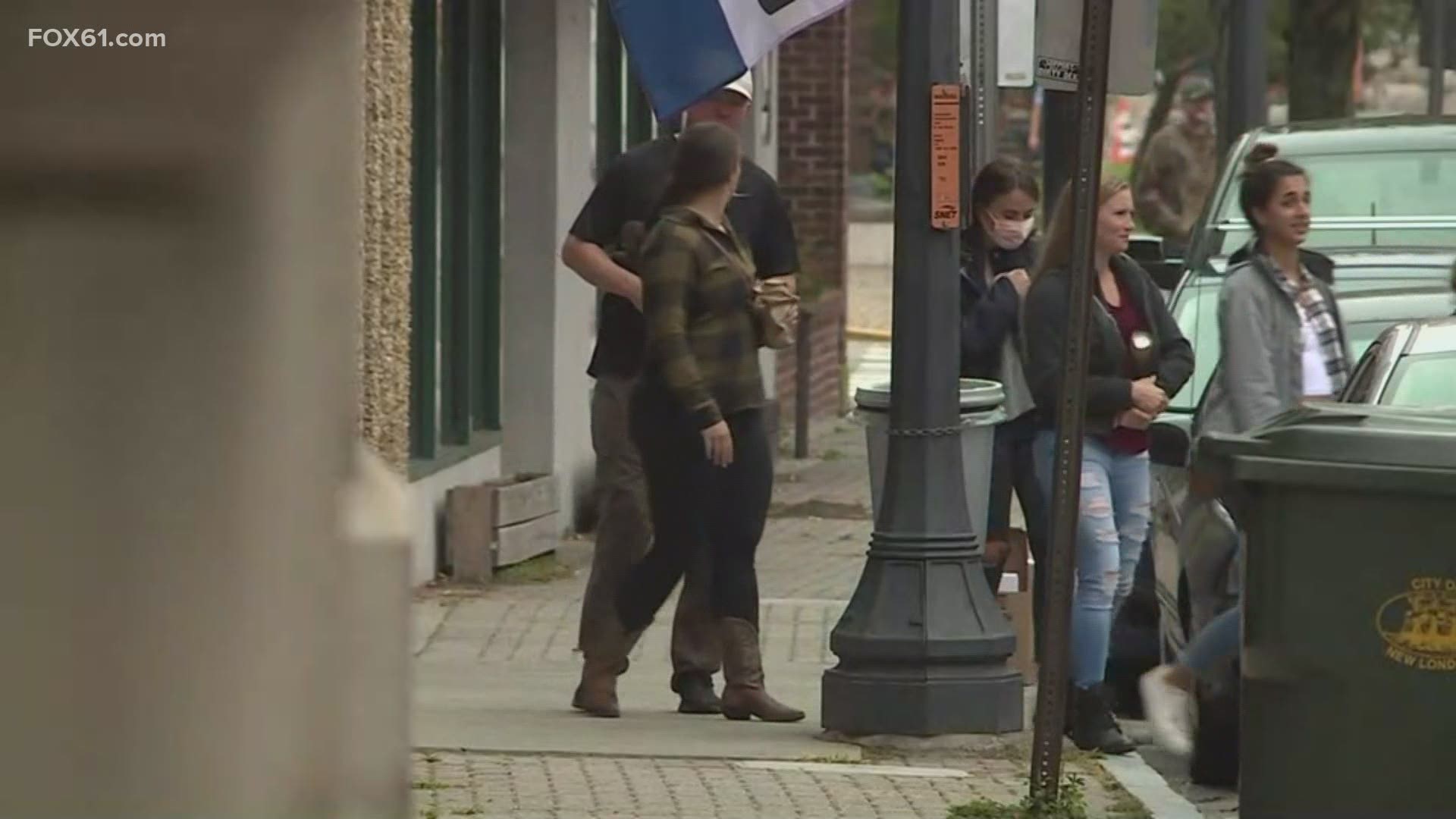 NEW LONDON, Conn. — Connecticut's southeastern communities were free from the initial COVID-19 reports, but it is now a different story.

The city has become one of the hot spots and people have been on edge.

"People are concerned about going out in public," said Mayor Michael Passaro of New London.

In his Coronavirus briefing Thursday, Governor Lamont announced New London County is one of the areas under alert.

"They’re forgetting these universal protocols that can prevent the spread of this virus which is simply and most importantly wear a mask," added Mayor Passaro.

Lamont has offered southeastern communities to scale back to phase two for everyone's safety, but Mayor Passaro said he will politely decline as New London is a small geographical area.

He is, however, in communication with Windham and Danbury's mayors in tackling the scare.

Even though the confirmed cases have not pointed to restaurants, Barry Neistat with Muddy Waters Cafe said it still has made him nervous. With colder weather pushing people indoors, Neistat felt as though he will have to pay closer attention to groups inside his coffee shop.

"We have little groups of people but again when the contact traces came out and said some of the tracing came back to family gatherings and social settings, it makes you worry," said Neistat, owner of Muddy Waters.

When phase three started last week, indoor capacity increased for many businesses - one of them being hair services.

At Otto's Barber on Bank, the owner told FOX61 her place still has noticeably slowed down.

"We haven’t done this before. I think at some point because we’ve been doing it since March, people start to get complacent. Nobody likes to have to wear masks and take extra precaution, but this is what we have to do," said Linda Palma, owner of Otto's.

As of Thursday, there have been over two-thousand positive COVID-19 cases so far, but the city plans on continuing on with phase three while following the proper protocols.