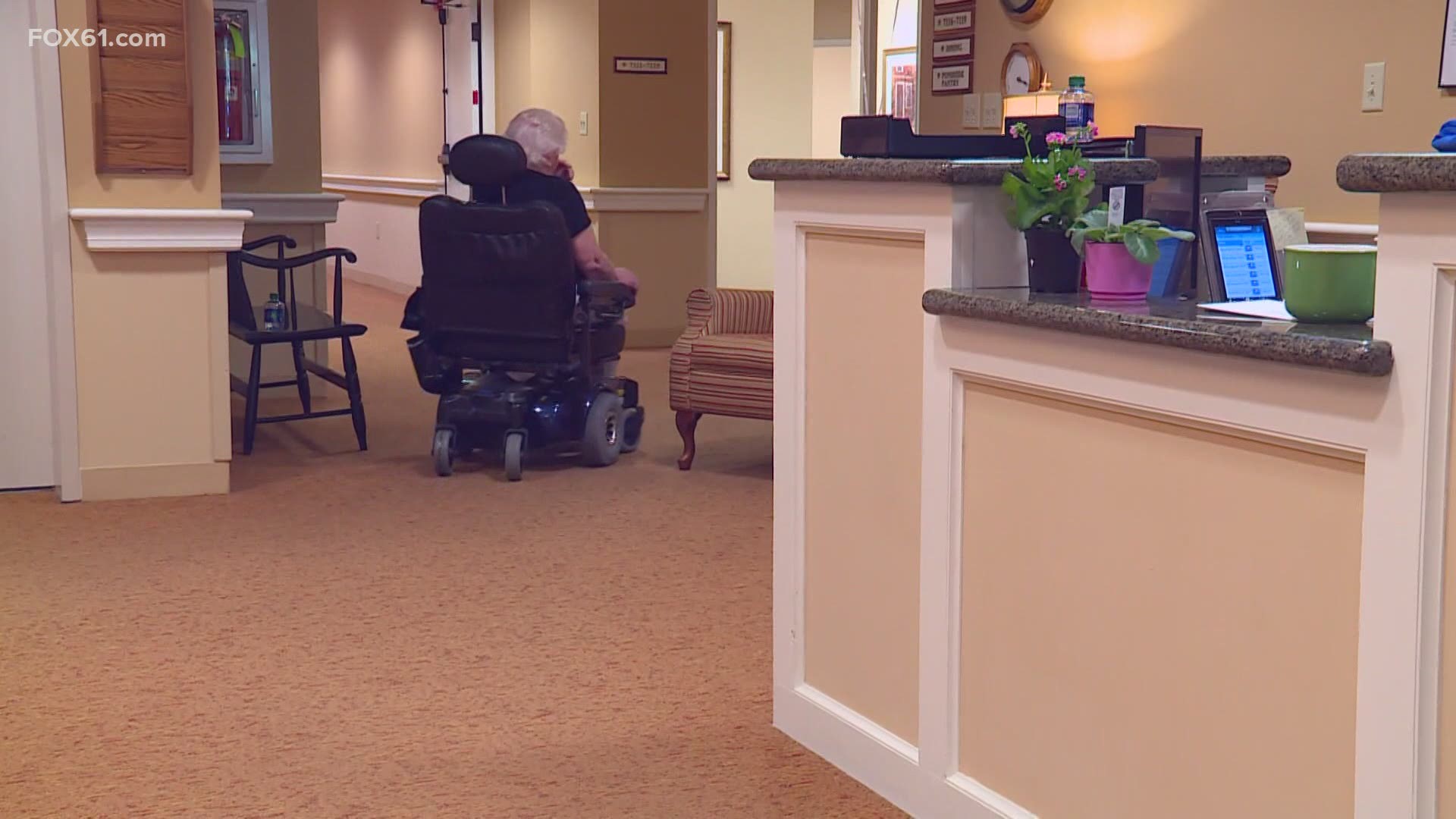 CONNECTICUT, USA — The state of New York and Gov. Andrew Cuomo are, right now, embroiled in a scandal related to nursing home COVID-19 deaths. Cuomo and Gov. Ned Lamont are friends and they’ve collaborated on a lot during the pandemic.

So how have Connecticut's nursing home deaths been calculated?

And let’s be clear — there’s no evidence to suggest Connecticut is in any way connected to this scandal. New York is being accused of undercounting nursing home deaths by not including nursing home residents who died in the hospital.

In a statement, the Attorney General's Office said: "In Connecticut, the starting point for a complaint of this nature would be the Office of the Public Auditors...Complaints by residents or on behalf of residents regarding long term care may also be directed to the Connecticut Long Term Care Ombudsman Program."

The leading voices on the recovery of Connecticut's long-term care industry told FOX61 the numbers are accurate.

"From the beginning of the pandemic, we’ve included deaths that have occurred both at the nursing home as well as nursing home patients who were transferred out to the hospital and subsequently passed away at the hospital," explained Connecticut Chief Operating Officer Josh Geballe.

Matt Barrett, the CEO of the Connecticut Association of Healthcare Facilities added, "That fatality would be reported in Connecticut as a nursing home fatality, not a hospital fatality."

Since the start of the pandemic, Connecticut has lost 7,449 souls. Upwards of 70% of them are residents of the long-term care setting. The deaths may not be exact.

"It was really just confusion in the early part of the pandemic," said Barrett.

At the beginning of the pandemic, before testing was widely available, the office of Connecticut’s Chief Medical Examiner, an independent agency, would sometimes not be able to determine if a death was from COVID-19.

Once a reporting system was set up, the state had to go back and retroactively add them to the tally.

"About 1,000 death certificates were actually amended to classify them as COVID related. And we’re only one of about 9 or 10 states in the nation who include in our death totals probable COVID deaths," explained Geballe.

The state of New York is also being accused of exacerbating the spread of COVID in nursing homes by forcing them to accept COVID-19 positive discharges from hospitals. Connecticut did not do that.

"Connecticut had the forethought to better understand that the quarantining of COVID positive residents and the very vulnerable patients that we care for in nursing homes was essential right from the get-go," explained Tim Brown of Athena Healthcare.

Initially worried about hospitals reaching capacity, Athena Healthcare and the Connecticut Association of Healthcare Facilities, instead, proposed standing up COVID recovery centers — which later became a model program for co-horting.

"I think we were able to demonstrate that it would have been the wrong direction to mandate nursing home admissions from hospitals both when the COVID status was specifically known but also when it was unknown due to the lack of testing," explained Barrett.

And while Connecticut is confident in its nursing home death numbers, an independent agency called Mathematica was still hired following the first wave to assess the virus' outbreak, state response and make recommendations.

And back to those COVID recovery centers. Some good news to report. Two of them are closing down because as the infection rate has dropped, they are no longer needed.

The COVID recovery centers in Torrington and Meriden have helped more than 300 people recover from COVID since October.