According Gov. Cuomo, New York State is set to receive its first delivery of the Pfizer vaccine on December 15, if all safety and efficacy approvals are granted. 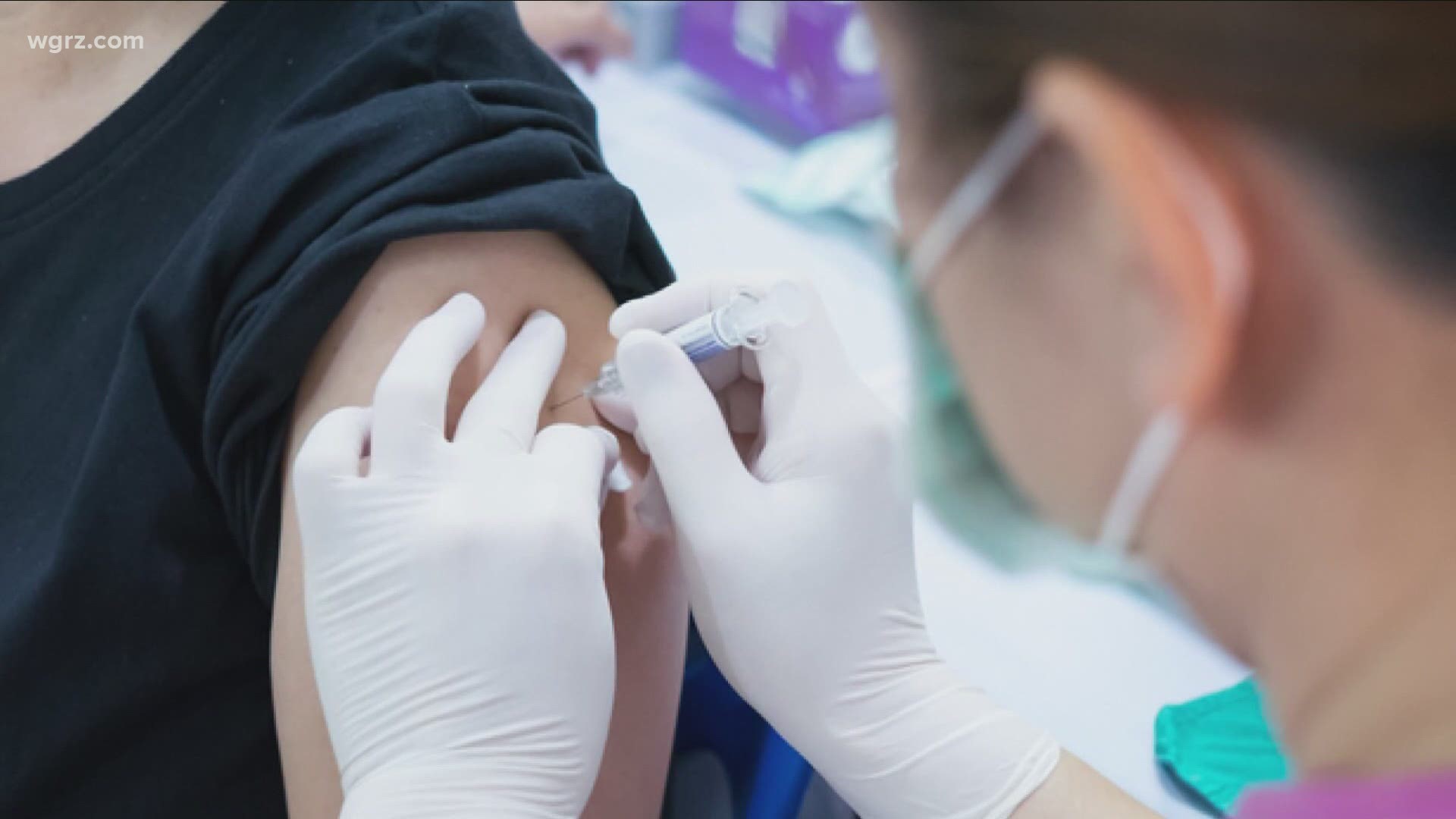 According to the governor, New York State is set to receive its first delivery of the Pfizer vaccine on December 15, if all safety and efficacy approvals are granted. Cuomo says this delivery will be enough for 170,000 New Yorkers.

Governor Cuomo says the federal government is distributing the vaccine by each individual state's percentage of population.

"So state's population divided by available dosages is what the state gets," Cuomo said. "There's no discretion in how much the state gets. It's purely a percent of population."

New York’s first delivery of the Pfizer vaccine will be enough for 170,000 New Yorkers.

We expect, if all safety & efficacy approvals are granted, to receive these doses on December 15.

New York State also expects additional allocations of the Pfizer vaccine and the Moderna vaccine later this month, according to the governor.

Erie County Executive Mark Poloncarz said he has been in contact with the Governor's office about vaccinations but is not sure how many doses Erie County will receive.

“We did get notice as most people did, a little earlier from the state that they were expecting 170,00 in the first batch," Poloncarz said. "We don’t know the date they would be received or the total amount that would be received in Erie County.”

Cuomo further stated that by the end of December, the administration says there will be enough dosages to vaccinate roughly 20 million people — this estimation includes two doses for each person. This equates to about 6 percent of Americans.

“Six percent of Americans having available dosages by the beginning of January, you see how far we have to go,” Cuomo said.

The governor says he agrees with this prioritization, saying it coincides with the priorities New York had already established.

Cuomo also said he wants to make sure that communities that were hit the hardest by COVID-19 will not be the last to get the vaccine.

"I believe the vaccine should be made available to everyone regardless of race, income, religion, etc." he said.