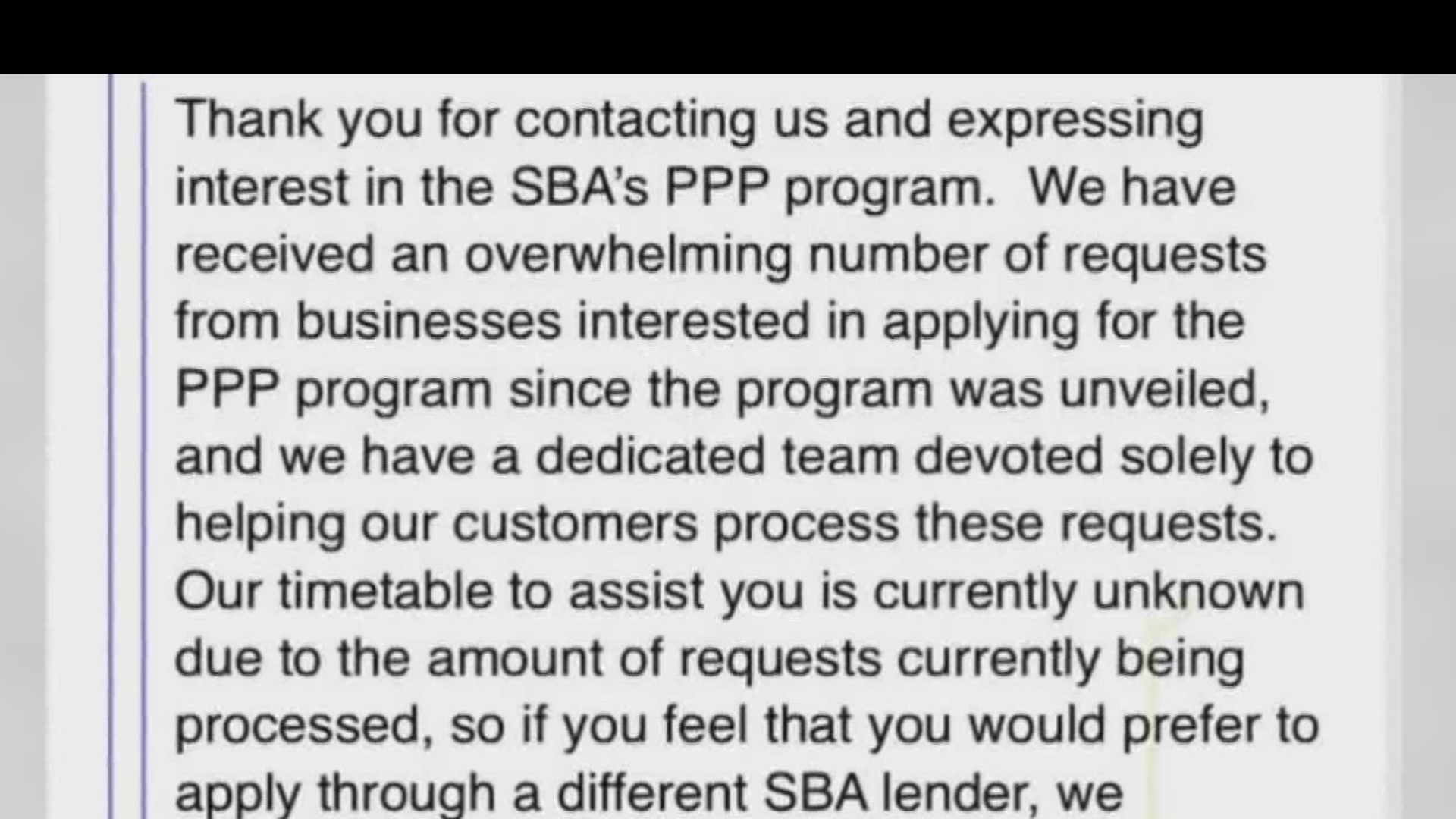 GROTON, Conn. — Small businesses across the state have been applying for loans after the paycheck protection program became active across the nation.

Chris Goslin, like many other small business owners, is on standby waiting for financial help promised after the trump administration signed the cares act.

Goslin had to close her doors at Bliss, a hair salon in Noank after the state’s health department closed all hair and nail salons due to COVID-19 concerns.

Goslin and her accountant have since applied for several loans under the act even the paycheck protection program.

Goslin said, “Which has been a complete disaster applying for that loan… that loan, in particular. I have talked to 5 banks, 2 have responded to me saying they have taken the application, one I am waitlisted on and they told me they don’t know if they will get to me or when they will get to me.”

The state’s banker’s association says it has been asking for patience, as they adjust to the overwhelming number of requests.

Goslin says although she understands the reason behind the delay… that’s not enough for small business owners who still have upcoming bills to pay.

“As much you know everybody is important and I understand there are economic factors that go into why people help bigger businesses, but you’ve also extended the help… follow through,” said Goslin

It’s advised for small businesses to seek the help of a financial adviser going forward when applying for any loan.

RELATED: New loan available from the state for minority-owned businesses