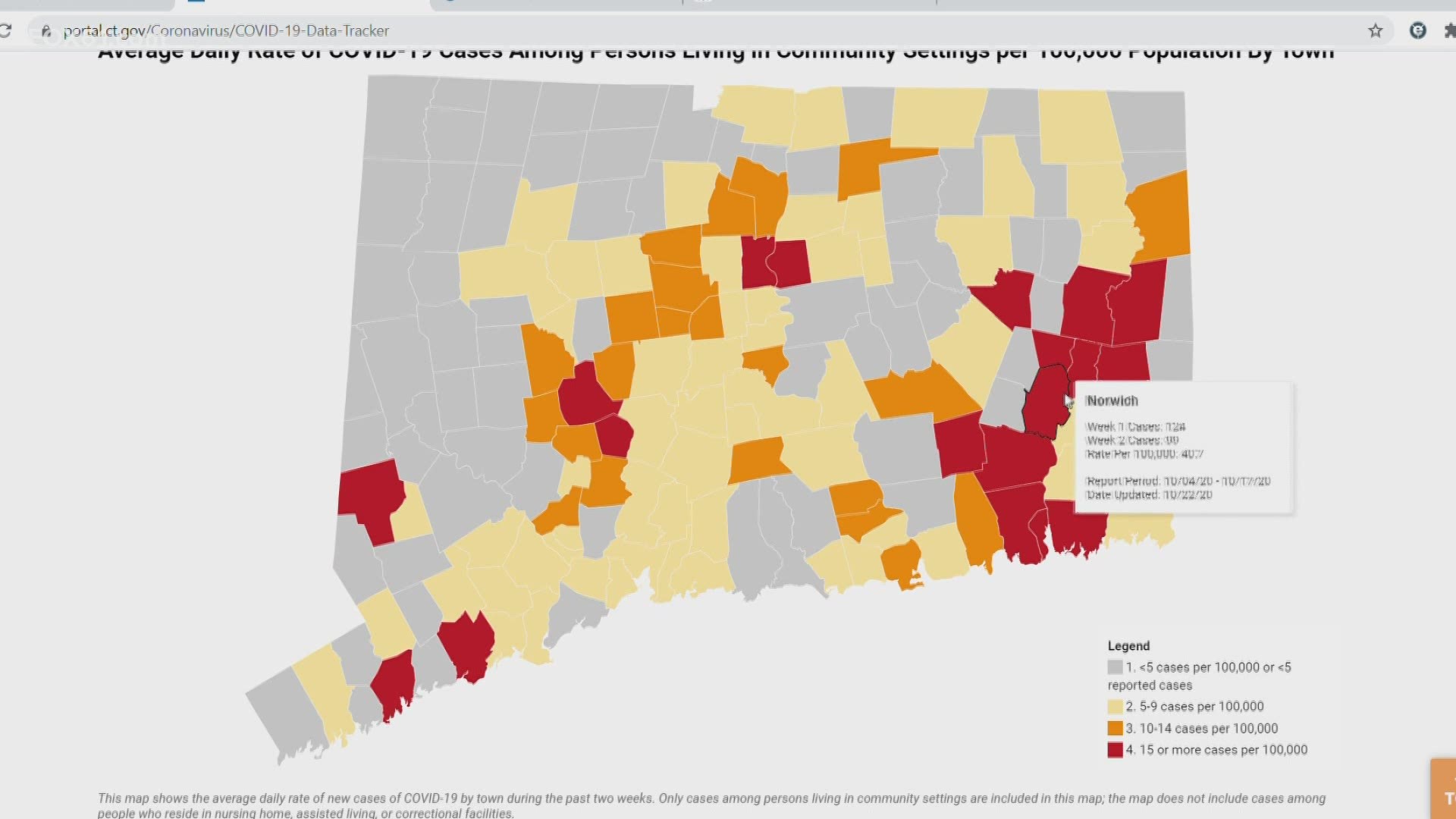 NORWICH, Conn. — A COVID heat map of the state has some regions lit up like a Christmas tree. But why? What’s driving the community spread? Right now, 19 communities in CT are under a COVID red alert. Most of them are in the Southeastern part of the state. "What going on? We think in Fairfield maybe it’s related to the university and some off-campus living. In Norwalk, we think it may be some folks relaxed their guard and it’s often these informal social interactions," said Gov. Ned Lamont.

To try and slow the community spread in those areas the state responds with rapid response testing teams. "What the rapid response team does is go in with massive testing. Go in and do everything they can to get people tested. Everybody who tested positive we get them in quarantine. Anyone who had been in contact with someone who has tested positive we get them in quarantine," said Lamont.

The Governor has given red alert communities the option to revert to phase two. Take Norwich for example. Mayor Peter Nystrom said, "We're basically trying to get people to operate as they did at the end of March through April...We may be at phase 3 for the business side but the rest of the community is really acting more like a phase 2."

In Norwich, you can't go into public buildings and they’ve discouraged gathering with anyone outside the immediate family. "We’ve even basketball netting and the frames down which is a sad thing to do because kids are having a good time, but they are not wearing masks," said Nystrom.

Norwich has had known outbreaks at a now shut down nursing home, which also lit up Backus Hospital. But Mayor Nystrom says there’s no one super spreader source that they can pinpoint — saying its person to person — family to family. "It’s like a shotgun blast. Just different areas all over the place."