Virginia says with her daughters remote learning, missing out on friends and a more traditional routine it was the right time to bring Cooper home. 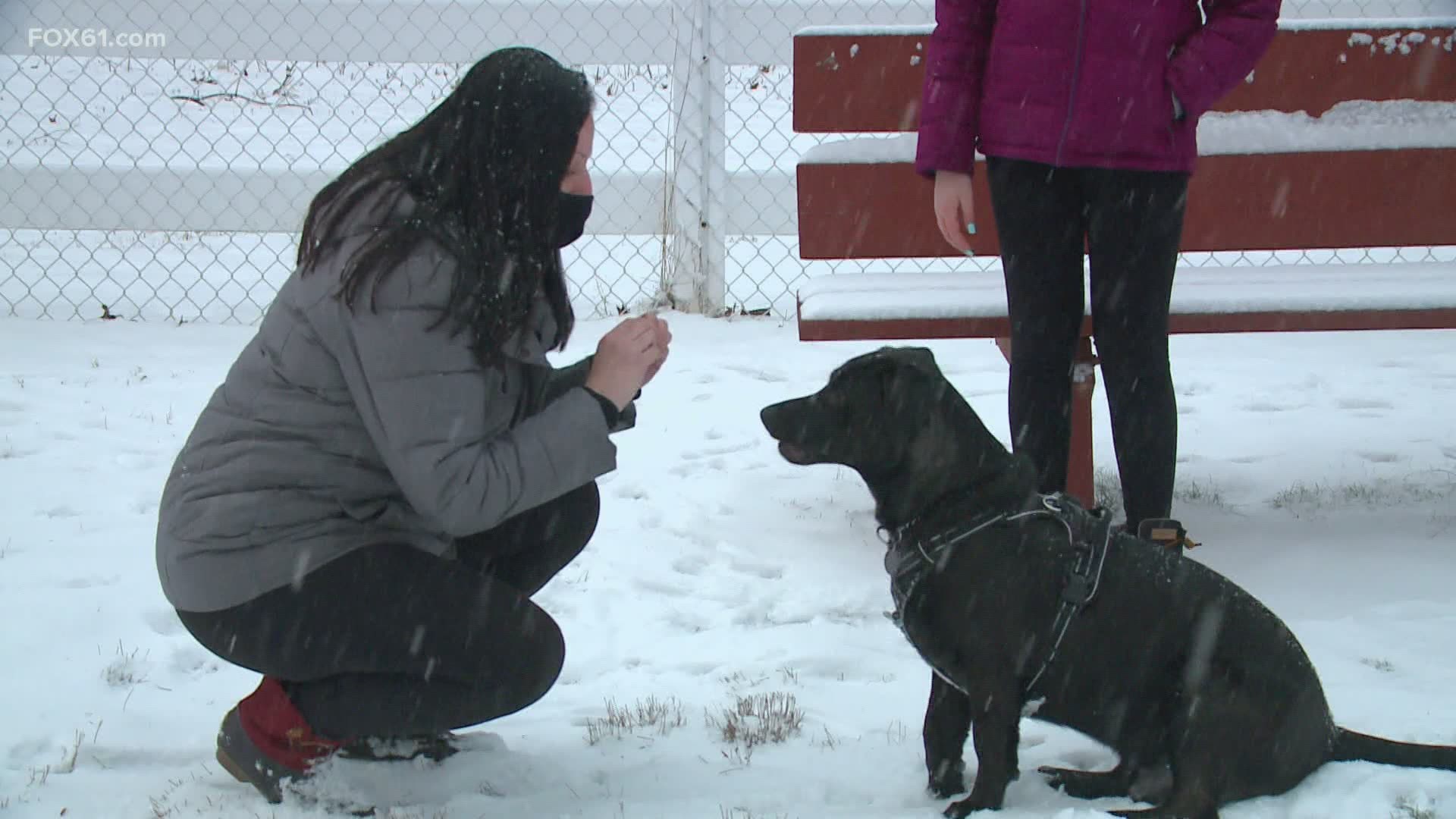 “He is energetic,” says Eliana. “He is definitely very active, adds Sienna about their new dog, Cooper.

When they pandemic hit in March their mom Virginia Capalbo-Russo decided to adopt Cooper. “We always wanted a dog, but with working and being a single mom, It has been hard to make the time to commit to having a puppy or a dog, and we did not think there was any time better than during the pandemic,” she says.

Virginia says with her daughters remote learning, missing out on friends and a more traditional routine it was the right time to bring Cooper home. “Being home with him all day with the girls has definitely helped with the training process for him, but going forward we try to leave him home for maybe three or four hours at a time, Just to see how he does, he was crated he is no longer crated,” she says.

The Farmington family is not alone, “If there is a positive out of the pandemic, there’s more of an opportunity for families to consider pets from animal shelters,” says Connecticut Humane Society, Executive Director, James Bias.

Adoptions are surging at the Connecticut Humane Society. In 2020 it placed some 875 pets, that’s 3- times what it was doing before the pandemic.

“think a lot of people once they were spending more time at home said now might be the good time that I’ve been waiting to bring home a new pet,” says the Humane Society’s Susan Wollschlager.

The non-profit says while families can make good use of the extra time at home when it comes to things like training – it’s important to remember our routines will likely change. “You do want to think about your work schedule, maybe right now you have the time, But that could change at any point we don’t know how things are going to continue evolving with Covid,” says Wollschlager. “Understand that after we get into whatever that next normal is going to be like, These dogs and cats are still going to need the attention, the medical treatment, their normal day to day care,” Bias added.

If you’ve weighed your options and you’re ready for a new dog or cat, be ready to wait. The Humane Society had about 2,845 requests last year, that meant about one pet for every 3 families looking to adopt. “We also had a large number of animals coming from the south coming up to the New England states, that transport kind of shut down during the pandemic, again because more people in the south interested in adopting and fewer going into the southern shelters.”

Almost a year later Cooper and his new fam are proving to be a perfect match – and the Russo sister have learned a lot along the way. Our Keith McGilvery asked Virginia what she thought her daughter had learned from having Cooper at home. “How much of a responsibility it is, it is an ongoing, never-stopping commitment that you make to taking care of a pet,” she said.

If you adopted a pet during the pandemic we would love to see pictures and hear about how things are going. You can email us at share61@fox61.com.

You can learn more about pet adoptions in Connecticut here: cthumane.org