State: It'll likely take most of February to vaccinate those 70 and older in TN. Teachers would come next

Some counties are in different phases of the rollout, depending on vaccine supply and local demand. Teachers likely will get vaccinated in March or April. 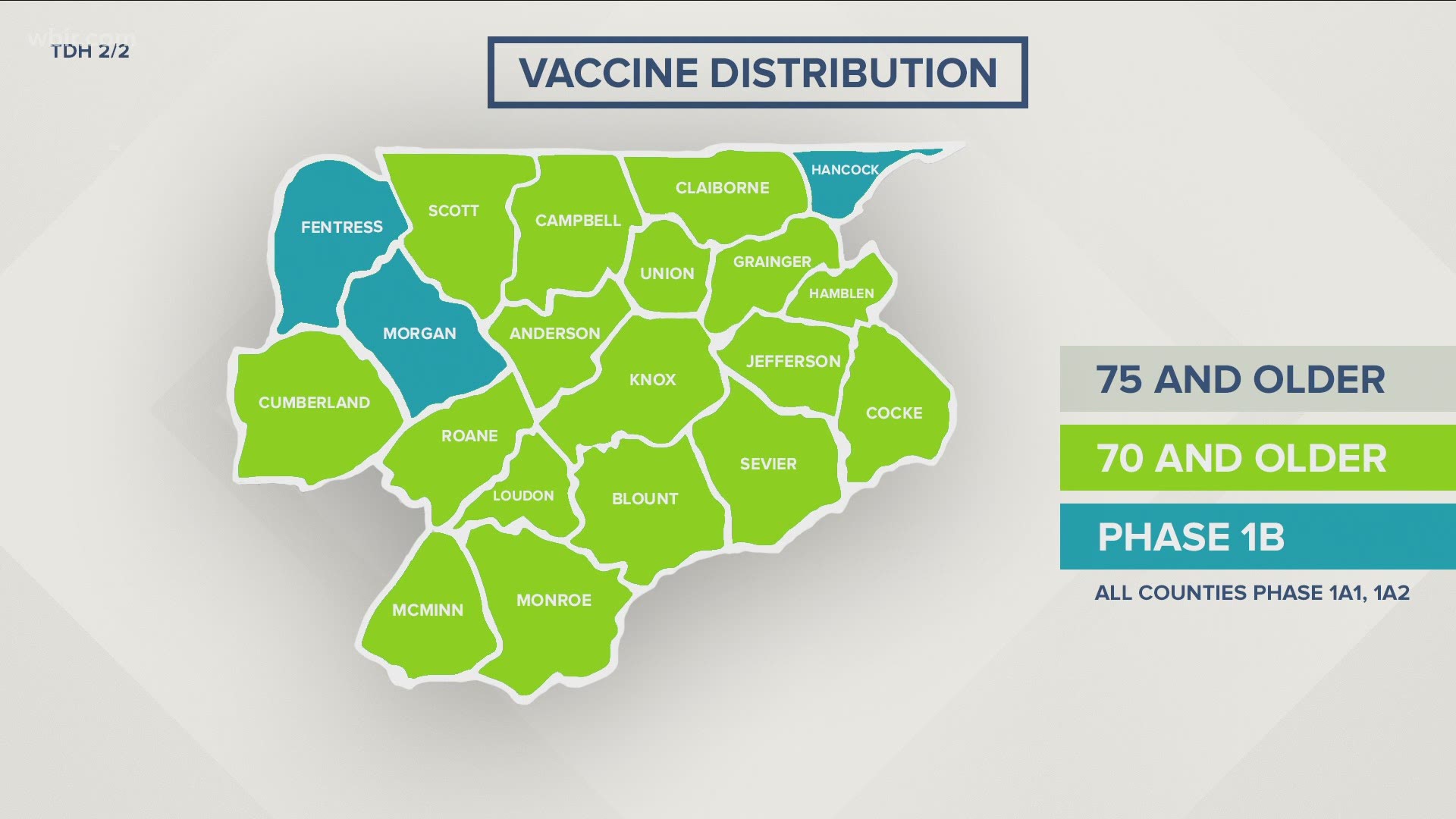 UPDATE 4 PM TUESDAY: The state's health director thinks it'll take most of February to vaccinate everyone age 70 and over, now that the state has lowered the age limit for getting the COVID-19 shot from 75 and older.

Dr. Lisa Piercey, commission of the state Department of Health, spoke Tuesday afternoon with members of the media.

She said there are about 300,000 people age 70 to 74 in the state. Earlier Tuesday, the Health Department announced it was shifting from vaccinating those 75 and older to reach everyone 70 and older.

After getting about 80,000 doses a week in January, Tennessee is now getting an allotment of 93,000 shots a week to fight COVID-19, she said. That level should apply this week and for the next two weeks at least.

Piercey said she's also heard it's possible the state's allotment could rise above that later this month.

"We're grateful for what we've got this week," she said.

Piercey said the state elected to just open up vaccination to those 70 and older because people in that category are at higher risk statistically than even those who are age 65-69. The point is to target the most vulnerable first, she said.

She said she's aware there's pressure to speed up the schedule to also immunize teachers in Tennessee, a process she expects could start happening by March or April.

The commissioner highlighted two other developments that will help accelerate vaccination efforts to beat back the highly contagious virus.

First, pharmacies in conjunction with the federal government are going to be getting their own supply of the vaccine to distribute to the public. And, second, Johnson & Johnson's vaccine candidate should be coming online soon.

Both will help in vaccination efforts.

There are some 5 million people eligible to get the vaccine in Tennessee and so far maybe 800,000 people have actually gotten a dose, she said.

Piercey also said nursing homes and long-term care facilities have all gotten a first does in Tennessee, part of a distribution plan overseen mostly by pharmacies. CVS and Walgreens also are "making good progress" in giving out the first vaccine in assisted living centers, she said.

PREVIOUS STORY: Tennesseans who are aged 70 and up will be eligible to receive the COVID-19 vaccine starting on February 2 in most areas, according to the Tennessee Department of Health.

The change comes as the TDH reports the state is now receiving increased allocations of COVID-19 vaccines. That means that an additional 300,000 Tennesseans are now eligible to be vaccinated.

The Knox County Health Department plans to launch a new automated scheduling and registration platform with a waitlist option. When it's launched, those who are 70 and older, as well as other qualifying groups, will be able to register for appointments and sign-up on the waitlist. More information on this new online system will be available soon.

However, being able to get vaccinated is still dependent upon the vaccine being available.

“While we are encouraged that more people who are considered vulnerable and high-risk because of their age are now eligible for the vaccine, we continue to stress that demand for this vaccine still significantly outpaces supply,” said Senior Director and Public Health Officer Dr. Martha Buchanan. “It will take time to vaccinate everyone in these expanded age groups, so we continue to ask for your patience as we work to get vaccine out to our community as quickly as possible.”

Separate counties may progress through vaccination phases at different times, depending on supply and demand for them.  You can see where your county is in the rollout here.

Tennessee is expecting about 93,000 doses of these vaccines this week, a 15 percent increase in the state’s previous weekly vaccine allocations.

The state is rolling out vaccinations by prioritizing people who are most at risk of death or serious illness. Right now, healthcare workers, first responders and people aged 70 and up are eligible in Tennessee.

More people will become eligible for the vaccine as supplies increased and the people who qualify before them are vaccinated. TDH  expects the state may be able to expand vaccination to Phase 1b groups and those aged 65 and older as soon as March if vaccine supplies continue to increase. 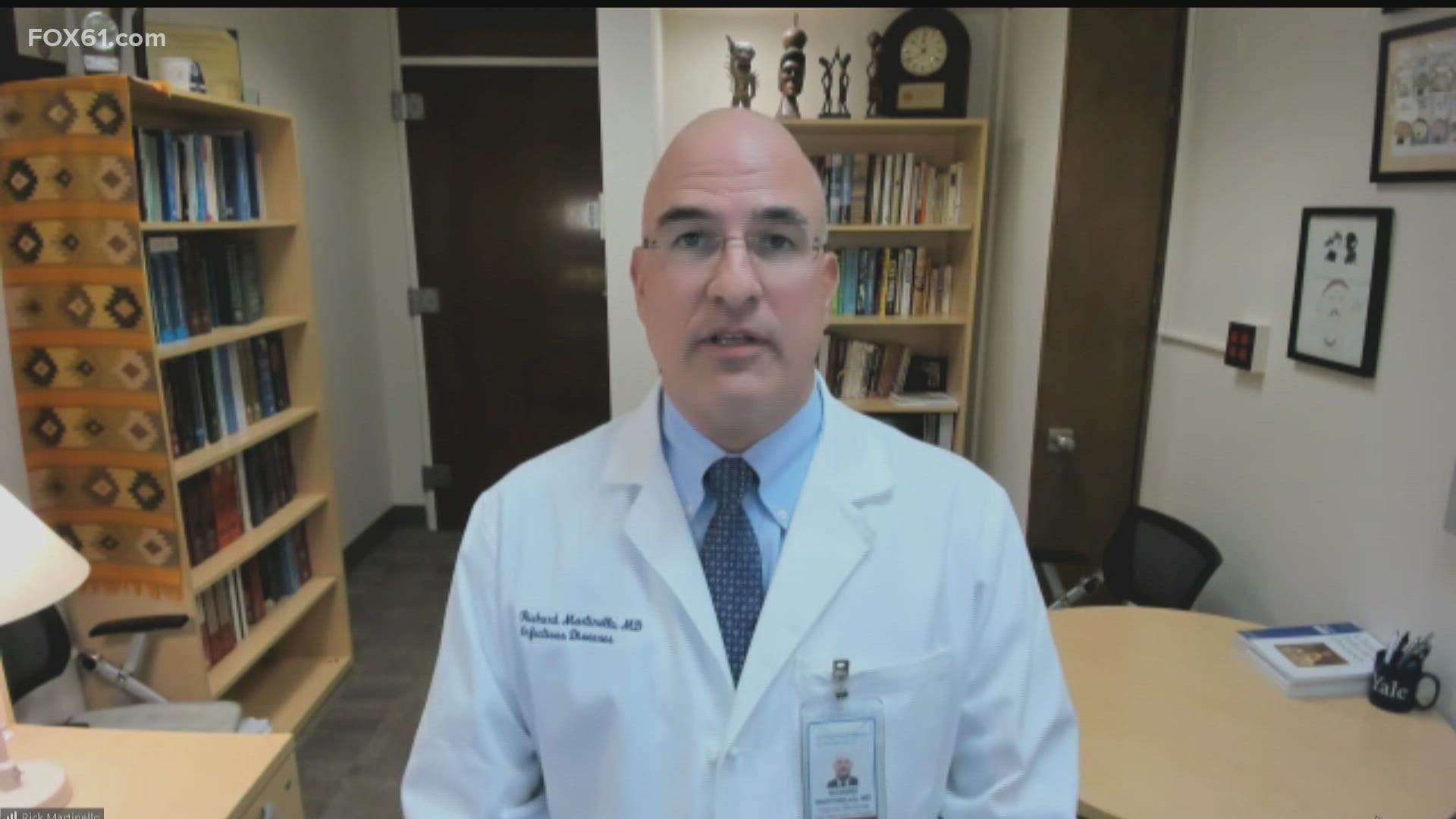