President Trump: Real ID deadline is being pushed back

President Donald Trump says the October 1st deadline to get a Real ID will be pushed back because of the coronavirus pandemic. 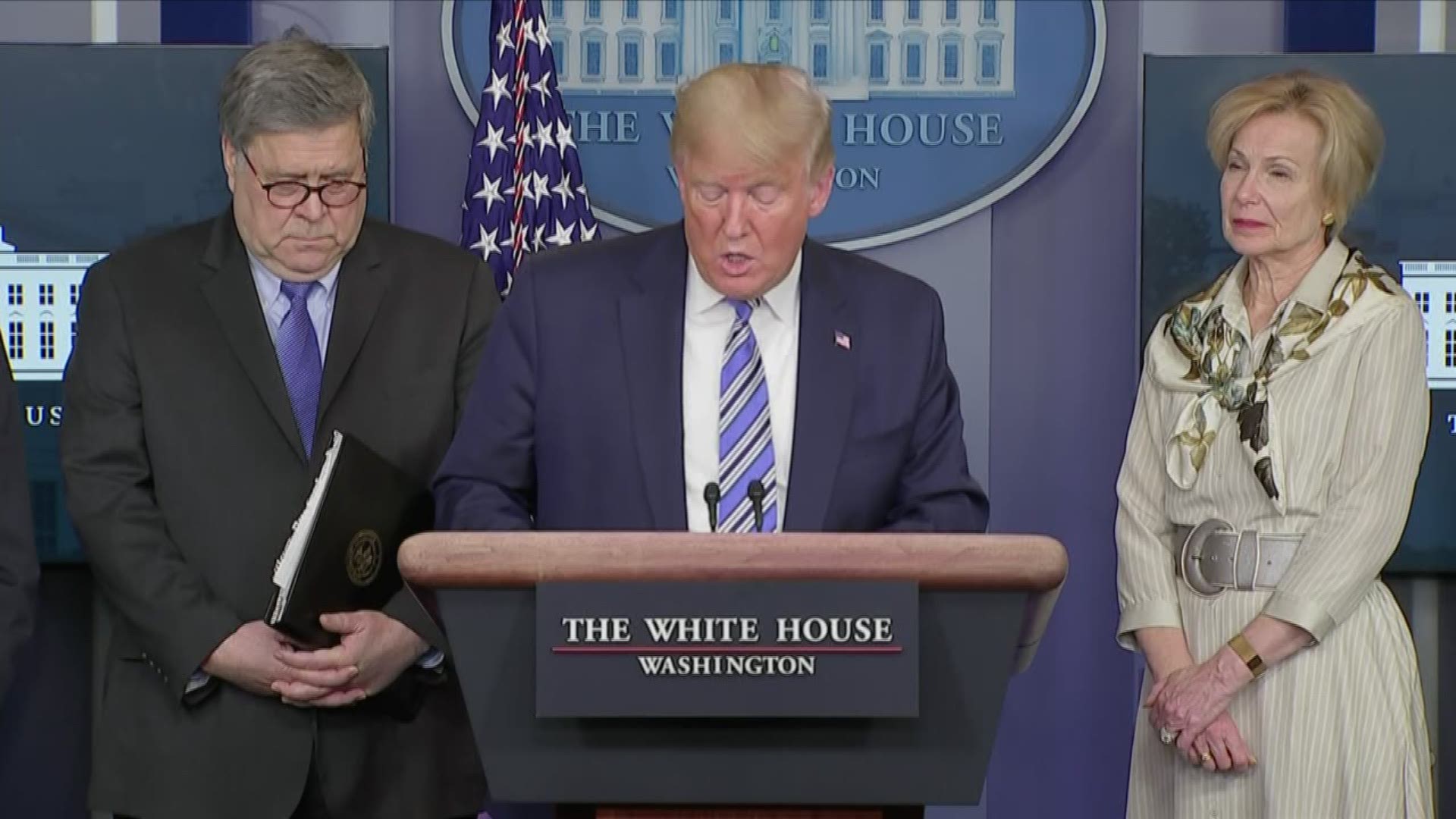 WASHINGTON — President Donald Trump has announced that the October 1 deadline for REAL ID will be delayed because of the coronavirus pandemic.

During a press briefing from the White House on Monday, the president said the deadline is being pushed back, but he didn't announce a new deadline.

"We will be announcing the new deadline very soon, it's going to be announced in a very short moment," Trump said.

The original Oct. 1 deadline marked the date when those without a Real ID-compliant license or passport would have not be able to board domestic flights, visit a military base or enter some federal buildings.

Maryland Gov. Larry Hogan, the chairman of the National Governors Association, had brought up concerns governors had about the REAL ID deadline during a call last week with President Trump and Vice President Mike Pence.

In order to get a REAL ID, you must provide specific documentation proving full legal name, date of birth, social security number, two proofs of address of principal residence and lawful status.

But doing so would require going to a local DMV, something that officials advise against because of social distancing.

The REAL ID Act was passed by Congress in 2005, and it makes the federal government “set standards for the issuance of sources of identification, such as driver's licenses.”

RELATED: What you need to know about getting a REAL ID

Drivers can generally tell the difference between a REAL ID and a standard license by a star marked in the upper portion of the card. The stars range from gold or black to star cutouts in gold or black circles. California's REAL ID marking is a star cutout in a gold grizzly bear.