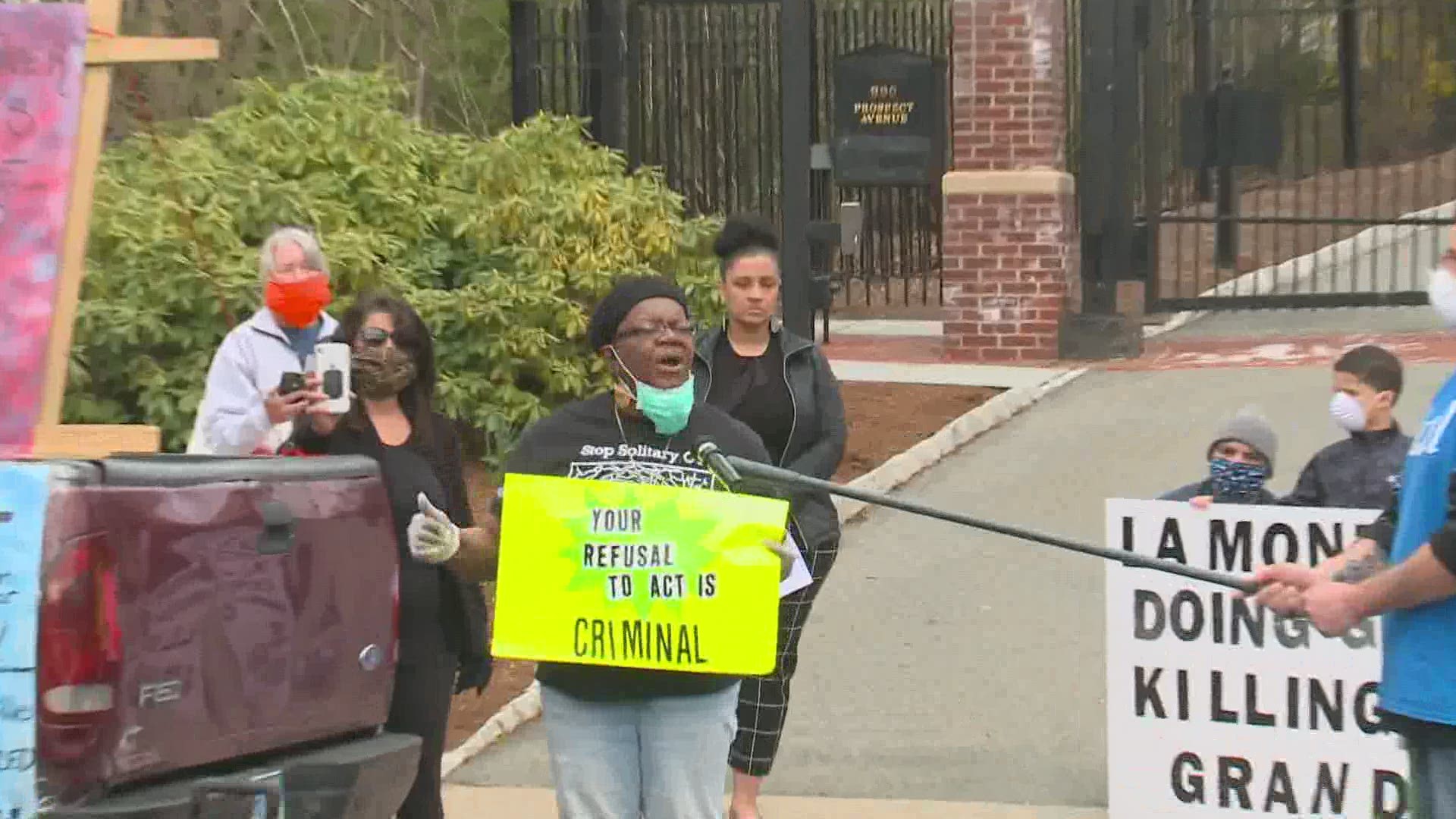 Demonstrators say the state’s response to releasing more prisoners due to COVID-19 concerns is slow and poor, but state leaders say they are doing the best they can.

KATAL and other organizations say they are calling for the release of thousands of prisoners who they say are eligible for release, whether through an upcoming release date or because they are being held on only technical violations.

Frazer said, “We are not looking to fill our streets with criminals that will bring unsafe, unwanted conditions.”

The state department of corrections say they already reduced prison populations lower than it has ever been in state history, even transferring some inmates to the Northern Correctional Institute who may need to be medically isolated.

RELATED: Inmates with COVID-19 to be moved to Northern CI

The state Department of Correction sent a statement that says in part:

"This decision is in line with the Centers for Disease Control and Prevention (CDC) guidance for correctional and detention facilities which recommends establishing medical isolation units where positive COVID-19 patients are managed in cells with solid walls and solid doors that close fully."

During the demonstration, one activist said, “People are calling their mother’s scared that if they say anything about the conditions they’re going to be sent to Northern.”

Some activists say besides worrying about those medically isolated, another group is also at-risk.

Barbra Fair shouted during the demonstration, “These are black and brown lives that are behind those bars… that are going to die."

The state Department of Public Health released data showing higher rates of infections and mortalities for minority communities, which fueled the fire under demonstrators. They say it’s time to act.

Fair said, “I feel that has a lot to do with why there is no immediate plan to release this because the majority of the people that are in these conditions are black and brown people and so there is no urgency to even hear our pain.”

One demonstrator, Imani Pennant, a former UConn student ,says he served time recently and says conditions are poor to the point even staff were concerned.

Pennant said, “Being an inmate aside, you deal with your own anxiety, but just as a human being, in general, it builds a lot of anxiety and a lot of tension because you know it’s something that’s real.”

Pennant says with the slow response with addressing COVID-19 concerns in the state prison system a cultural change may be necessary.

“I think the moral standard of people need a reform about now, because I don’t think you should mix politics with what should already be a God-given right which is to live,” said Pennant.

Opposition toward the release of inmates has been noted, and to that Pennant has this to say: “Not everyone is the worst person. The core of every man is good so, with that being said, I believe that people should approach it with a little more compassion,” said Pennant.

Demonstrators are set to talk with Governor Ned Lamont Monday and say they will continue to bring awareness to COVID-19 concerns in the state’s prison systems.