Beginning in late March a group of researchers at MIT pushed the peak of the disease to the end of April after data became more available. 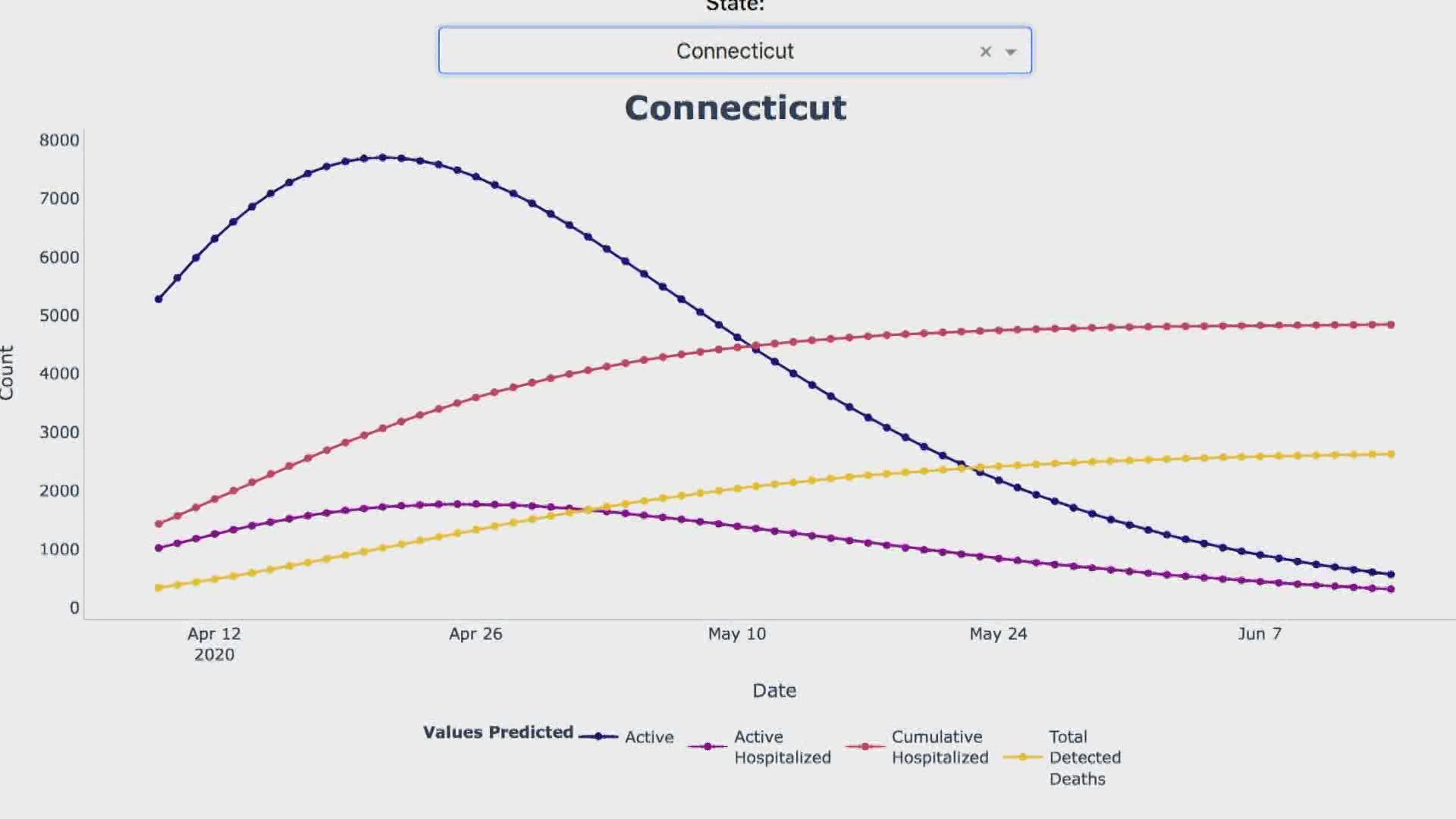 In a breakthrough, Hartford Healthcare in collaboration with MIT Operations Research Center are releasing a COVID-19 forecasting model.

Researchers say this forecasting model will give people a chance to see where the state stands in combatting COVID-19 and give a sense of what to expect going forward.

Beginning in late March a group of researchers at MIT pushed the peak of the disease to the end of April after data became more available.

At this time, the model ends around June, but in terms of looking for a return to normal life, only time will tell.

Dimitris Bertsimas who is the Associate Dean of Business Analytics at MIT’s Sloan School of Management said, “We are actually working on extending the model further than that…At the moment what will happen next depends on two factors, most important when we open society we have testing… what would be even better is if we have some therapeutics at work and vaccines, I don’t suspect this will be available by June.”

Dimitris Bertsimas says the model changes as more data is gathered, but after the peak, a decline in numbers of infections is expected.

The model does show recovery rates, yet in an alarming reveal, about 2-percent of the U.S. population may fall fatally ill from the disease.

Bertsimas said, “To put this number into context the whole Vietnam War lost about 50-thousand people, we will lose around 70-thousand that’s more than 40-percent higher than the Vietnam War... This is nothing to laugh about.”

Bertsimas says if society opens too soon without more testing the second wave of COVID-19 infections set to hit in fall or around late august, may put the United States back at square one, so social distancing during this time is critical.

“Just to give you an example of the effect, take California and New York… California started their social distancing a week earlier than New York. California has double the population of New York… If you look at the numbers of infections of New York and California, New York has 10 times higher in number of deaths,” said Bertsimas.

The forecasting model also may help decision-makers move around ventilators in the country to help ease the demand and start saving more lives.

Bertsimas said, “There’s enough ventilators in the country, but not in the right places, so we built a based on where the ventilators are that demonstrates that you can decrease the deficit, we have almost to zero, by reallocating the ventilators intelligently.

To learn more about the forecasting model just visit http://www.covidanalytics.io/home